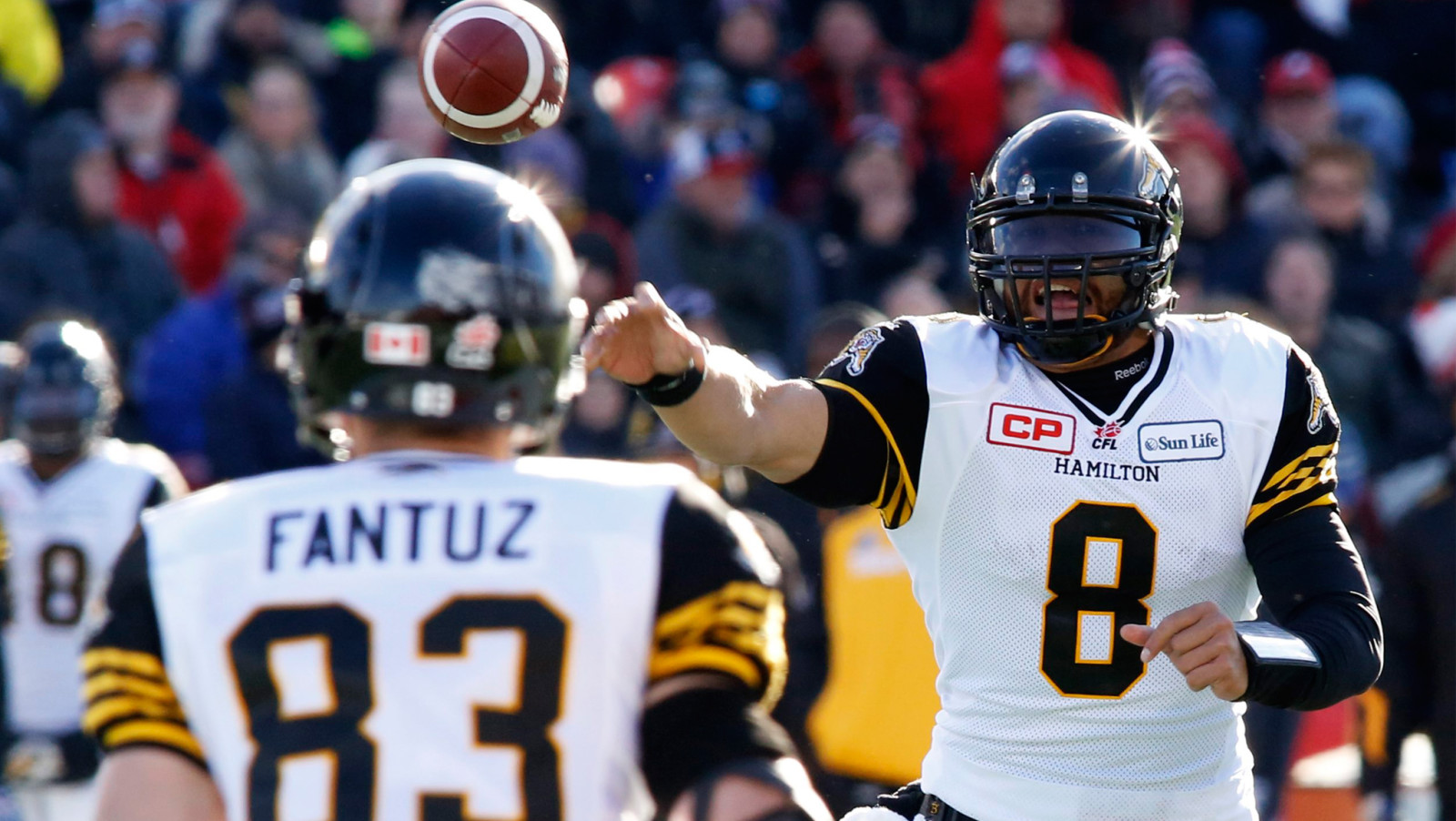 TORONTO — After coming off the bench to lead his team to a playoff win, quarterback Jeremiah Masoli has earned a contract extension with the Hamilton Tiger-Cats.

The 27-year-old pivot spent the majority of the season on the Tiger-Cats’ practice roster before being forced into action late in the year.  He started both of Hamilton’s playoff games, winning the Eastern Semi-Final as his underdog ‘Cats upset the rival Toronto Argonauts.

The following week, Masoli completed 30 of 42 passes for 349 yards and a pair of touchdowns as the Ticats fell within a touchdown of reaching their third straight Grey Cup.

Masoli was part of a quarterback group that filled in by committee for starter Zach Collaros, whose season was ended in September after suffering an ACL injury.