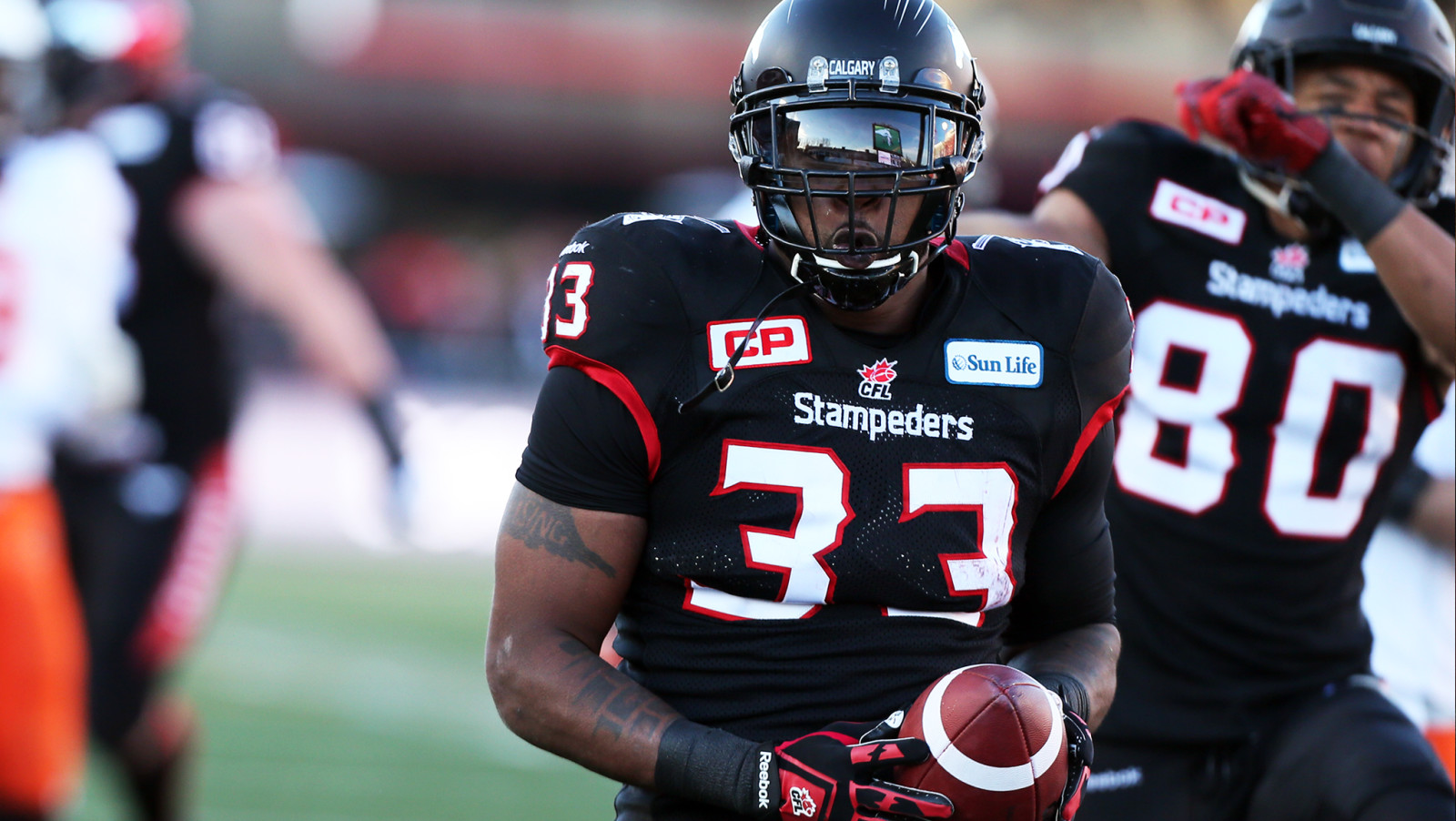 “I’m happy to get the deal done and not have to worry about free agency,” Messam said in a statement. “I’m excited to be back in Calgary.”

In 90 career games for BC, Edmonton, Montreal, Sasktchewan and Calgary, Messam has 3,270 rushing yards and 14 rushing touchdowns as well as 132 catches for 1,329 yards.

“Jerome is a very good football player who fit in very well with the Stampeders after we traded for him last year,” said Stampeders President and GM John Hufnagel. “I believe this is a mutually beneficial situation for both the player and the team and I’m pleased that Jerome has chosen to continue his career with the Stampeders.”

The 30-year-old Toronto native led the CFL in yards from scrimmage last season after splitting time with the Riders and Stampeders, moving onto Calgary following a deadline day acquisition by the Stamps.

At 6-foot-3, 245 pounds, the dual-threat power back offers a skill-set that is unique to the CFL, while his national status makes him all the more coveted. Messam can pound the line of scrimmage and pick up steam as the game progresses, but he’s equally dangerous in the air after last year picking up 497 receiving yards on 53 receptions.

A six-year CFL veteran, the Graceland alum started his career in 2010 under Wally Buono and the BC Lions before moving on to Edmonton in 2011. That year he was one of the CFL’s top running backs, earning Most Outstanding Canadian after rushing for 1,057 yards and adding 248 through the air with six total touchdowns.

He’s since made stops in Montreal, Saskatchewan and Calgary, last season averaging 6.2 yards per carry over 17 regular season games.