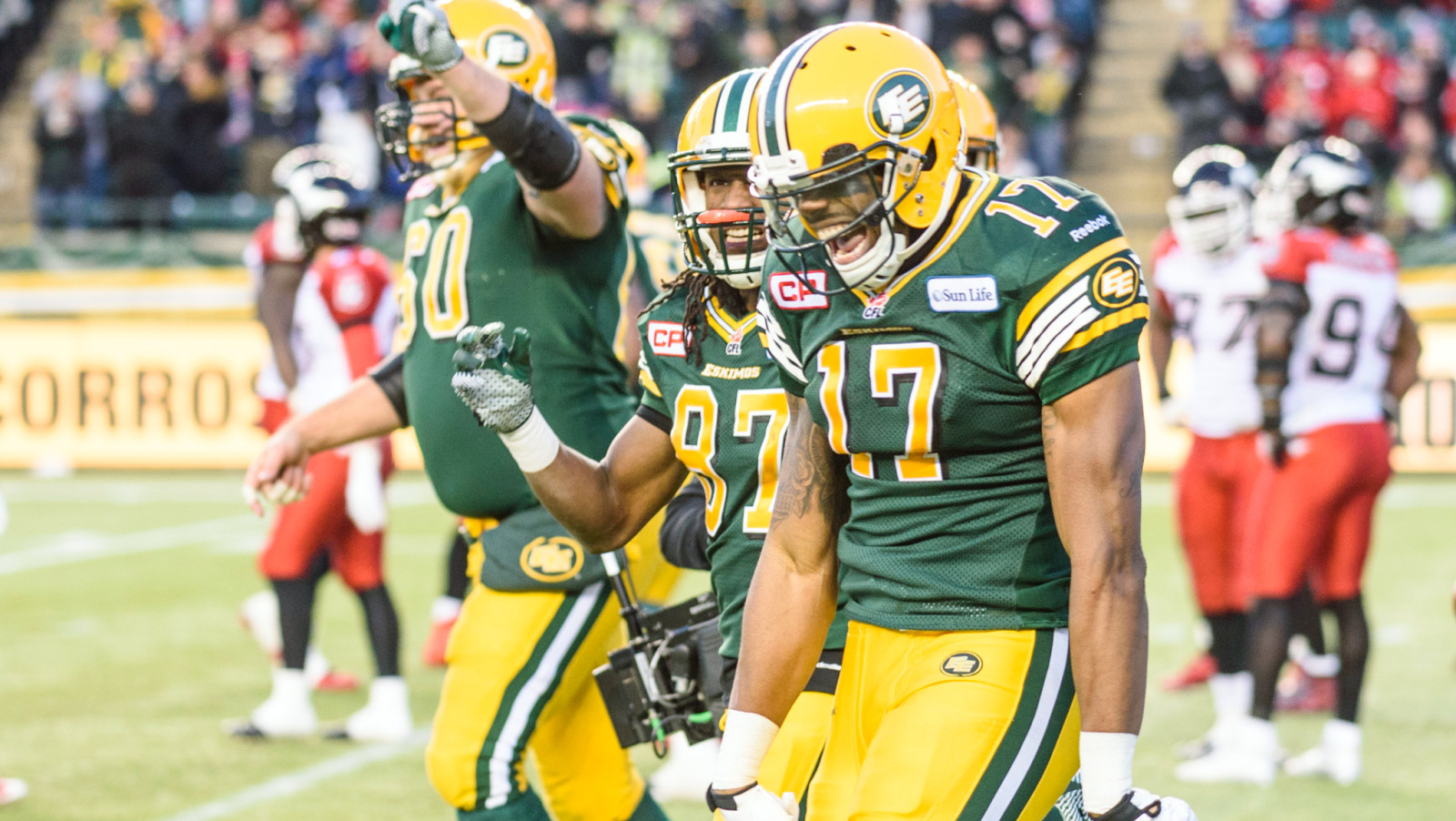 REGINA — The Riders continued their dip into the free agent market on Tuesday, striking a deal with national receiver Shamawd Chambers.

Chambers won a Grey Cup and was named the game’s Most Valuable Player for his efforts in a 26-20 win over the Ottawa REDBLACKS last November. A Markham, Ont. native, he was drafted sixth overall in the 2012 CFL Draft after a career at Wilfrid Laurier University.

A lengthy 6-foot-3, 219-pound receiver, the 26-year-old has flashed talent throughout his four-year CFL career with Edmonton but has struggled to stay on the field due to injury. His best season came in 2013 when he had 465 receiving yards and four touchdowns over 13 games played.

“Chambers has been injury prone in his career, but you remember he was a first round pick and still has a ton of potential and we saw that in the 103rd Grey Cup win over Ottawa,” said CFL.ca insider Justin Dunk.

“Chambers joins fellow Canadians Rob Bagg and Nic Demski in that receiving core, along with Mo Price. So it’s a big get for the Riders in free agency.”

He joins John Chiles and Maurice Price as recent additions to the Riders’ receiving corps, while Ryan Smith and Weston Dressler have already departed and Chris Getzlaf remains a free agent.