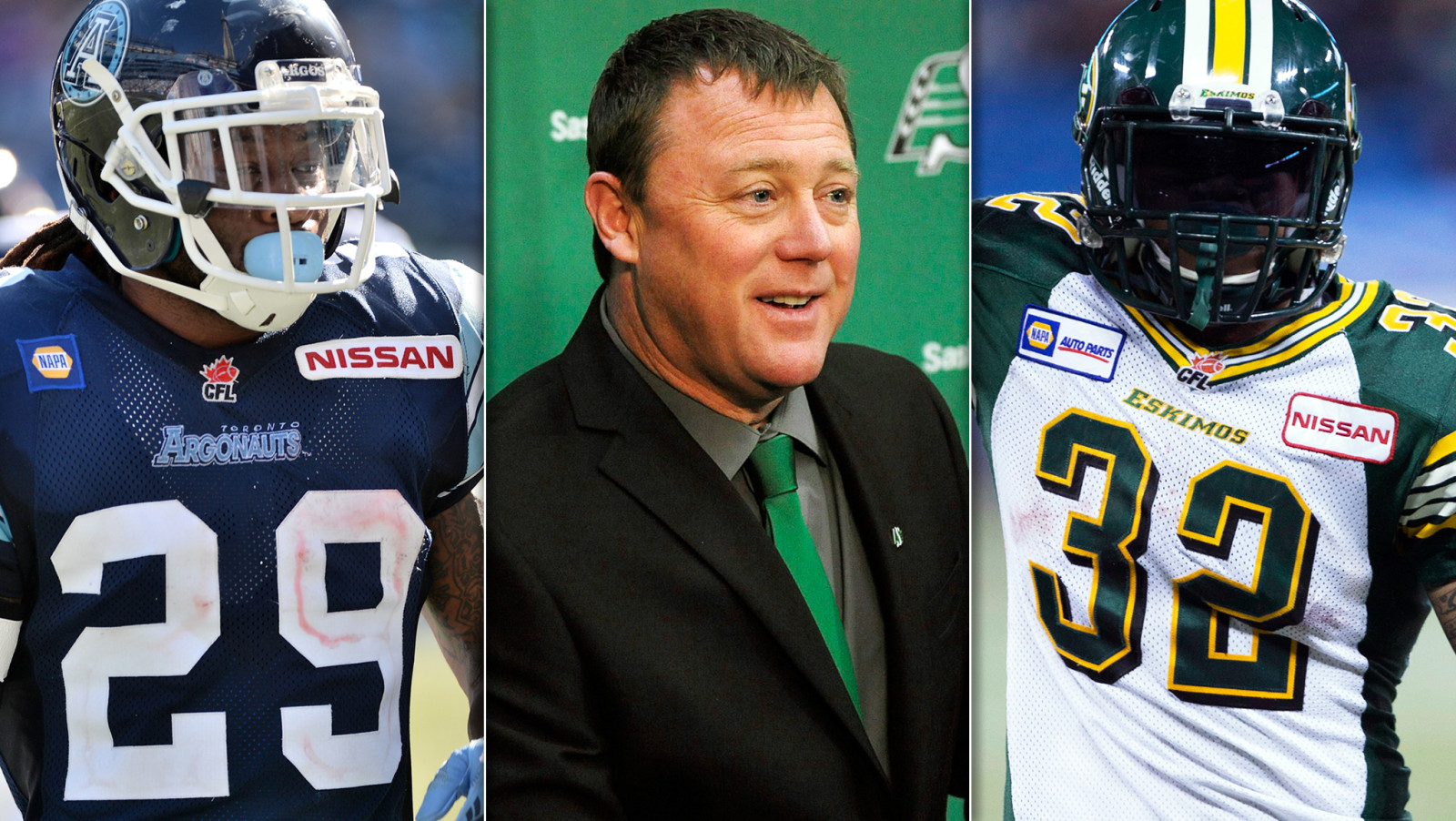 Saskatchewan’s biggest off-season pickup stockpiled his roster with big-name free agents, many of which played for him in both Toronto and Edmonton where he won Grey Cups.

Now with the title of General Manager to accompany his Head Coach moniker, Jones is wasting no time putting his stamp on the Riders.

Wednesday started with the Riders confirming the signings of former first round draft pick and Eskimo receiver Shamawd Chambers and the release of linebacker Jake Doughty. Jones then set his sight on a few more now-former Esks in shifty RB/KR Kendial Lawrence and sophomore DB/LB Otha Foster.

After adding former Tiger-Cats DB Ed Gainey, Jones made potentially his biggest get of the entire free agency sweepstakes, reportedly putting pen to paper on a deal with national defensive menace Justin Capicciotti.  The former REDBLACK rush end is coming off a career year where he notched 12 sacks and added 47 tackles.

“Saskatchewan continued to remake its roster under Chris Jones. He brought a number of his old players over from Edmonton. And in particular Jones signed talented defensive players that he believes will fit his scheme and help the Riders improve instantly on defence.”
– CFL.ca Insider Justin Dunk

Jones went off the board on Tuesday, signing a former Argos receiver he scouted in John Chiles’ whose speed was on full display in his breakout 2013 season.  More additions from Toronto’s roster came in the way of RB Curtis Steele, Michigan State LB Greg Jones and a trade for OT Bruce Campbell. Campbell and Jerriel King were both starting tackles with the Argos last season; both traded to the Riders from Toronto this off-season. 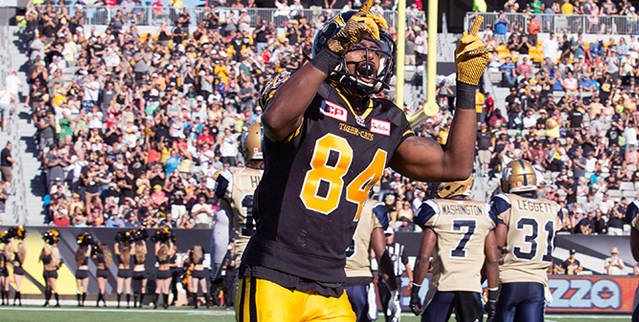 John Hufnagel and the Calgary Stampeders were quiet on Tuesday … in fact, they were not even on the map.  Not unexpected, Calgary entered Free Agency with a patient approach but Wednesday saw a pair of signings that helped add depth to their receiving corps and linebackers.

They added veteran Bakari Grant to their group of pass-catchers and took on third-year linebacker Taylor Reed who was not retained by Hamilton.

JOHNSON FILLS A VOID FOR THE LIONS 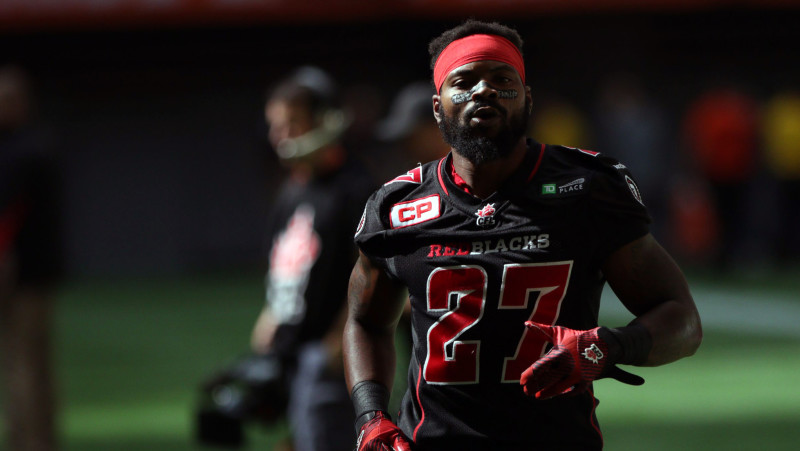 After an active first day in free agency, the Lions struck again on day two. They signed former REDBLACKS running back Jeremiah Johnson, who will compete to fill the void of the departed Andrew Harris. Johnson is an experienced back and had nine rushing touchdowns last season as a member of the REDBLACKS.

“Jeremiah is an experienced running back who has spent time in both the NFL and CFL,” said Lions head coach and GM Wally Buono. “He has a lot of respect on our team among our defensive players and he brings a level of ability that gives you a very good starting point when you open up competition for the starting running back job.”

The Lions also added depth on the O-line with the addition of international Levy Adcock, who started 13 games over the last two seasons with the Saskatchewan Roughriders.

ALS LOCK UP A CORNER AND OTHER KEY SIGNINGS 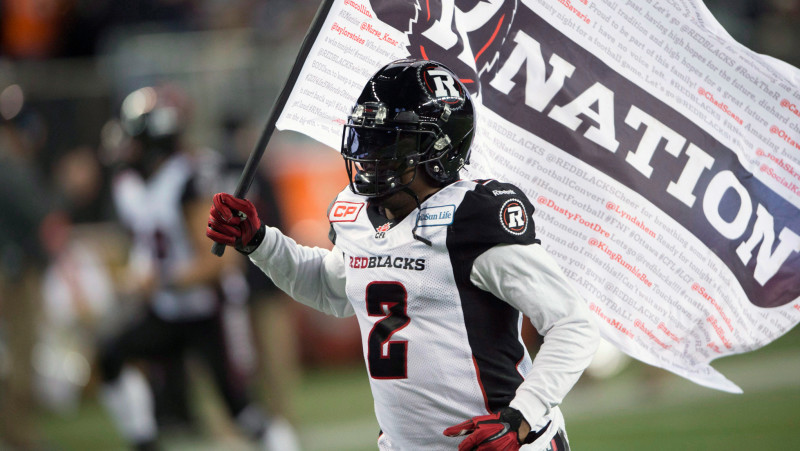 The Als continued focusing on their secondary, making official the signing of cornerback Jovon Johnson. They also re-signed free agent Dominique Ellis, all of this a day after extending the contract of starting cornerback Mitchell White.

In Edmonton, the Argos and Stampeders were two teams reportedly in on linebacker JC Sherritt, but at the end of the day the star linebacker decided to return to the Eskimos on a new contract.

The Ticats have brought back a familiar face to join their offensive line, signing Brian Simmons. Simmons was a member of the Ticats before being traded to the Eskimos. Hamilton has also reportedly signed defensive halfback Demond Washington, according to CFL.ca’s Justin Dunk, although nothing has been confirmed.

Finally, the Toronto Argonauts re-signed veteran running back Brandon Whitaker, which comes as big news for the Boatmen after losing Curtis Steele to free agency to the Saskatchewan Roughriders. The Argos also parted ways with offensive tackle Bruce Campbell in a trade with the Riders, acquiring a pick at the top of the fourth round in the 2016 CFL Draft.