On to the next one for 5 from the Edmonton Regional 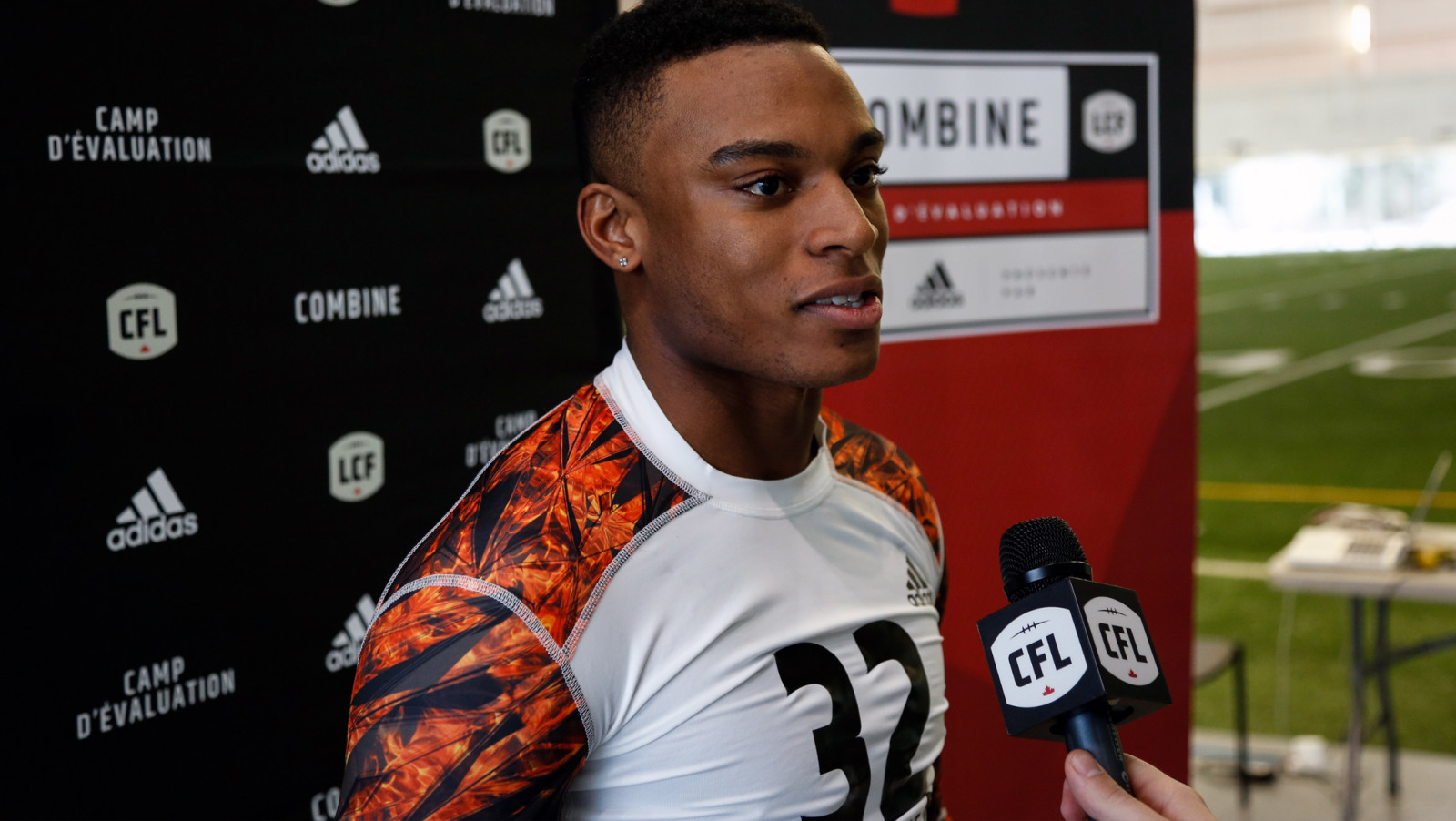 On to the next one for 5 from the Edmonton Regional

EDMONTON — The first of three regional combines rolled through Edmonton on Monday and produced five new additions to next weekend’s National Combine roster.

Manitoba linebacker DJ Lalama headlines the list, all defensive players, of those who will join the other 35 prospects participating in the National Combine presented by adidas from March 11-13:

Lalama was the top player to watch in Monday’s regional combine according to CFL.ca’s Justin Dunk, and he didn’t disappoint after placing fifth in the bench press and 3-cone drill. The Manitoba product is joined by Calgary Colts defender Alex Ogbongbemiga as the two linebackers heading to Toronto next weekend.

Ogbongbemiga didn’t excel in any one drill but did enough to earn a spot on next week’s roster. He and fellow Canadian Junior Football League player Brennan Van Nistelrooy follow in the footsteps of Jermaine Gabriel and Dexter Janke as junior college players to earn invites to the National Combine after participating in a regional combine.

“I felt like after all the testing it was time to play football, and I think I do a pretty good job of that,” said Ogbongbemiga. “I like to put my hands on people and I think that went pretty well, and I got my name called and I’m excited and thankful.”

While Boyd Richardson is the only defensive lineman heading to Toronto from Monday’s testing, it was his UBC teammate Nicholas Termansen putting up the most impressive numbers. Termansen, a 5-foot-11, 172-pound defensive back, placed in the top five in four different categories, including first place with a 39.5-inch vertical.

Termansen also tied for first in the broad jump while placing second with a 4.65 40-time.

“It’s pretty exciting that I can go with quite a few UBC guys that are already going, and Boyd as well that’s coming with me,” said Termansen, now one of five players representing the Vanier Cup Champions at the National Combine. “It’s just great that we can represent our team on that national stage.

“I worked really hard over the last couple of months and it was great to hear my name called,” he added. “There’s no better feeling right now so I hope to continue that.”

Rounding out the selections is Okanagan defensive back Nistelrooy, whose blazing 6.95 seconds in the 3-cone drill topped all participants and would have ranked second overall at the National Combine in 2015.

Tuesday is a rare day off during combine week, but the five from Monday’s Edmonton Regional Combine will be busy preparing the next three days for the National Combine.

“It’s a sigh of relief at first, just to know that your hard work and dedication has put you through another round at least,” Lalama reflected afterwards. “But now it’s back to the drawing board and getting ready for another showcase with the best players in the country.”

Others, meanwhile, will prepare for two more regional combines in Montreal on Wednesday and Toronto on Thursday.

Monday’s combine marked the fourth year in a row Edmonton has hosted a regional combine since its inception in 2013. Last year four players were selected to participate in the National Combine, with two of those players (Dexter Janke, Calgary and Quinn Lawlor, Montreal) being drafted and remaining on CFL rosters.