How top prospect Loffler was almost sidelined for good 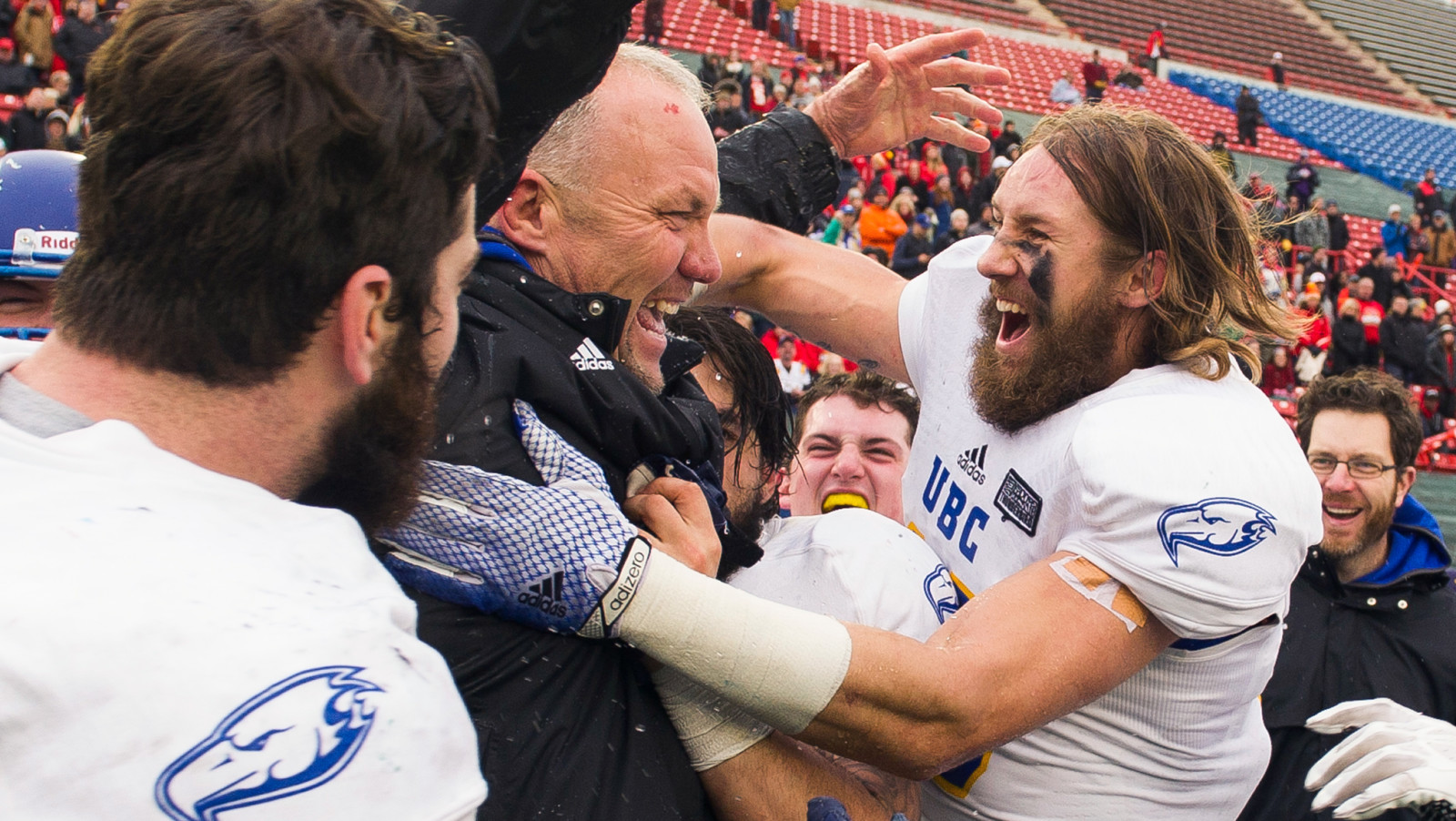 How top prospect Loffler was almost sidelined for good

Taylor Loffler can deliver big hits, but he knows how to come back from being dealt a blow.

Two separate ACL injuries to the same right knee and labral repairs on either side of Loffler’s hips didn’t end his professional football dreams. Heading into the 2016 National CFL Combine, the rangy defensive back ranks No. 9 on the Scouting Bureau.

Near the end of Loffler’s final year at Kelowna Secondary high school in 2010 he was doing a punt return drill in practice, made a cut and felt his knee give way. Despite Loffler’s season getting cut short, he was named the 2010 British Columbia High School Player of the Year.

He did just about everything for the Owls as a quarterback, defensive back and returner, amassing 1,732 passing yards and 20 touchdown tosses, 814 rushing yards with 16 touchdowns on 86 carries, 88 tackles and four interceptions to go along with two punt and three kick return touchdowns.

After already committing to Boise State University in the summer – the first player from Kelowna Secondary to earn an NCAA Division I scholarship – Loffler became worried about the status of his scholarship.

“They kept their promise. I’ve heard about schools that drop it if you get hurt in high school,” Loffler says. “That didn’t happen to me, I’m very grateful for that.”

“They kept their promise. I’ve heard about schools that drop it if you get hurt in high school. That didn’t happen to me, I’m very grateful for that.” 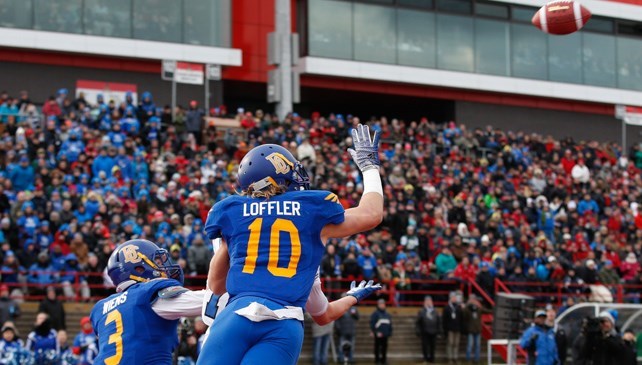 Boise State’s team doctor helped Loffler get surgery to repair the ACL in January 2011 and he redshirted while rehabbing that season with the Broncos. He healed and received clearance to participate in spring camp the following year. During a practice session he jumped over a receiver that fell in front of him, landed funny and tore the same ACL again.

“It was a hard time, but I was able to work through it,” Loffler says.

After another knee rehab process, the 6-foot-3, 219-pounder finally suited up for Boise State in 2013 as a backup defensive back and starting special teams player. Loffler’s tenacious attitude got him the Hammer Award in two games that year – given to the individual who makes the best special teams play in a game.

The following game that player leads the team onto the field with a sledgehammer in hand. And he earned the Hammer Award for that entire campaign at the Broncos’ team banquet.

“It’s about having the biggest and most consistent amount of hits on special teams for the year,” Loffler says.

Even though it was a healthy 2013 for Loffler, something in his body didn’t feel right when the season ended. And to his dismay he was right: both hip joints had labral tears, which causes impingement. That’s becoming a more common occurrence among football players.

“I had labral repairs done on both hips, one in January and the other in May of 2014. They shave some of the bone off that is impinging your hip,” Loffler explains.

Those surgeries cost Loffler another year of football and almost ended his playing career.

RELATED: CFL.ca to provide live coverage of the National Combine

“I was considering not playing anymore because I was getting a business degree from Boise State, I had that as a good backup plan,” Loffler says. “But after the hip surgeries I took time to heal and felt great.”

Loffler saw his mobility improve and in turn that made him faster than ever before.

“It was almost a blessing in disguise having to get surgery on my hips because it’s made me a better football player,” Loffler says.

“You hear about people going through adversity and falling apart mentally, but I stayed positive the whole time and it really helped me become much stronger mentally.”

Once healthy, Loffler felt it was time for a change. He completed his business degree at Boise State and looked to come back north of the border to finish off his university career. University of British Columbia head coach Blake Nill originally recruited Loffler as a quarterback when he was coming out of high school.

“Taylor reached out to me. I had forgotten all about him,” Nill says. 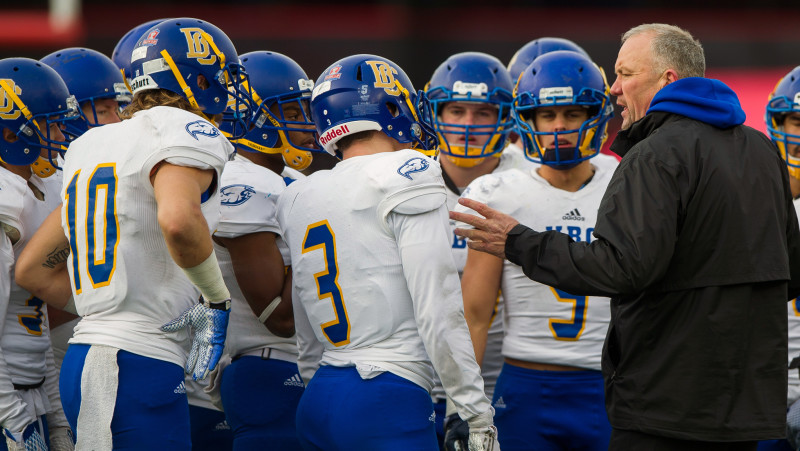 Nill knew Loffler could have his pick of any CIS school and he sold Loffler on UBC being the best program to showcase his abilities for CFL scouts.

“Based on the number of guys I’ve had in my programs in the past that have turned pro, I have a good relationship with CFL scouts,” Nill says. They’ll call me and ask if a certain guy can get it done.

“Taylor’s a fierce tackler who reads the play very well.”

Being a left coast product, Loffler believed UBC was the right place. The Thunderbirds put together a turnaround season for the ages going from 2-6 in 2014 to Vanier Cup champions in 2015, with Loffler playing a vital role as the starting safety.

“The perseverance he has shown to overcome not only the ACL injuries, but those labrum surgeries too is just incredible. He doesn’t play with a fear of re-injury because he realizes that injuries are part of the game and he’s strong mentally,” Nill says.

“Taylor is going to be a pleasant surprise in the CFL.”