Fantasy: Is Tyrell Sutton the new No. 1 in town? 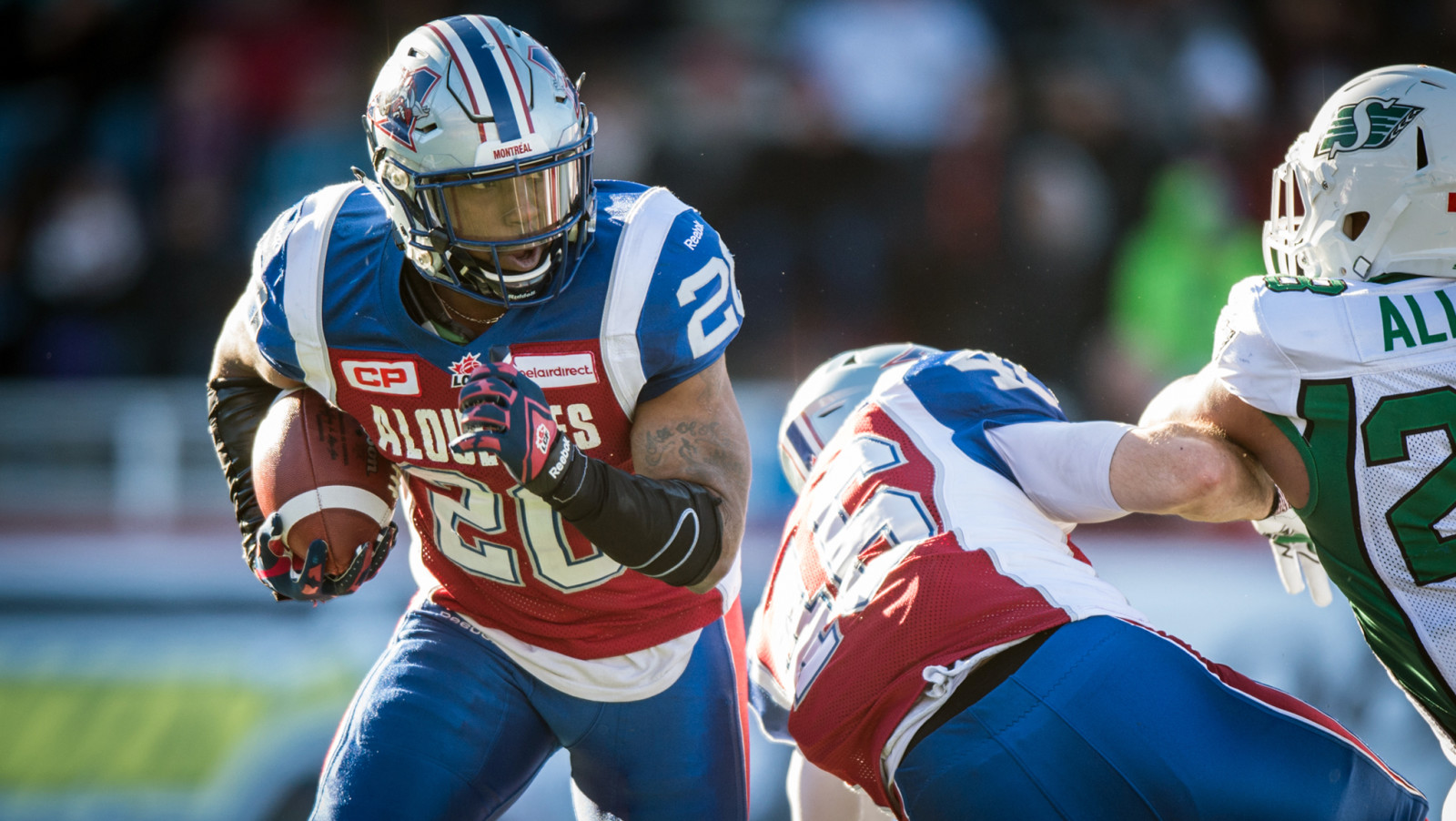 Fantasy: Is Tyrell Sutton the new No. 1 in town?

It’s only April and the season is barely less than three months away, but is it ever too early to talk fantasy? With the help of some projections from CFL.ca’s Jamie Nye, here are some way-too-early fantasy predictions for the upcoming season, starting with the running back position.

One of the most prolific running backs of this era, Cornish was a perennial powerhouse at the position and a consensus top pick among fantasy players. But now that one of the league’s most familiar names will no longer dominate the position, who’s primed to take over at the top?

CFL.ca’s Jamie Nye offers up some of his way-too-early fantasy projections for 2016 and while some expected names like Andrew Harris and Jeremiah Johnson are near the top of his rankings, the player that sticks out most might be Alouettes running back Tyrell Sutton.

Nye has Sutton winning the league rushing title with 1,400 yards and 11 touchdowns on the ground, ever so slightly ahead of Bombers big-ticket addition Andrew Harris:

With four running backs projected to crack 1,000 yards and three over the 1,250-yard mark, Nye predicts 2016 will be a bigger year for teams on the ground — and just like last year Harris and Sutton will be battling for the league rushing title right up until the very end.

A new-look offence that includes a star-studded cast at receiver should help Harris make a smooth transition in Winnipeg, Nye predicts, as he expects the former Lion to lead the league in combined rushing and receiving touchdowns with 13.

The biggest darkhorse among running backs could be William Powell, whose production in seven games (447 yards and 17 rushes of 10 or more yards) helped the REDBLACKS get hot at the right time and earn an eventual trip to the Grey Cup.

Curtis Steele could get a shot as the featured back in Riderville but will have competition for carries, as Kendial Lawrence and Matt Walter figure to play a role. The same goes for Jeremiah Johnson in BC, who actually led the entire CFL with nine rushing touchdowns last season but will be battling for the starting role with former Rider Anthony Allen.

While the John White comeback trail continues in Edmonton as he looks to recover from a season-ending Achilles injury suffered last training camp, it’s first-year running back Joe McKnight who Nye believes will take the bulk of the load there in the end. Meanwhile in Calgary, Jerome Messam looks to fill the void left by Cornish after a strong performance in the playoffs.

Finally, in Southern Ontario, C.J. Gable’s fantasy outlook hinges on his health for the Ticats while Argos savvy veteran Brandon Whitaker should never be counted out. 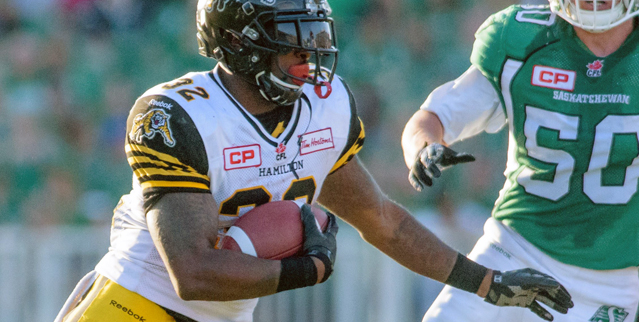 Injuries have held C.J. Gable back from becoming a premier RB, but is 2016 finally his year?

In the end, Sutton looks like a solid pick after having a career year and winning his first rushing title a year ago. The 29-year-old rushed for 1,059 yards, averaging a league-best 70.6 yards per game and a respectable 5.9 yards per carry.

Running behind a proven veteran O-line and surrounded by a talented receiving corps, the opportunity will be there for Sutton to be a top fantasy performer in 2016. After stepping out of the shadows and emerging as a top back last year, is this the year he truly goes off?