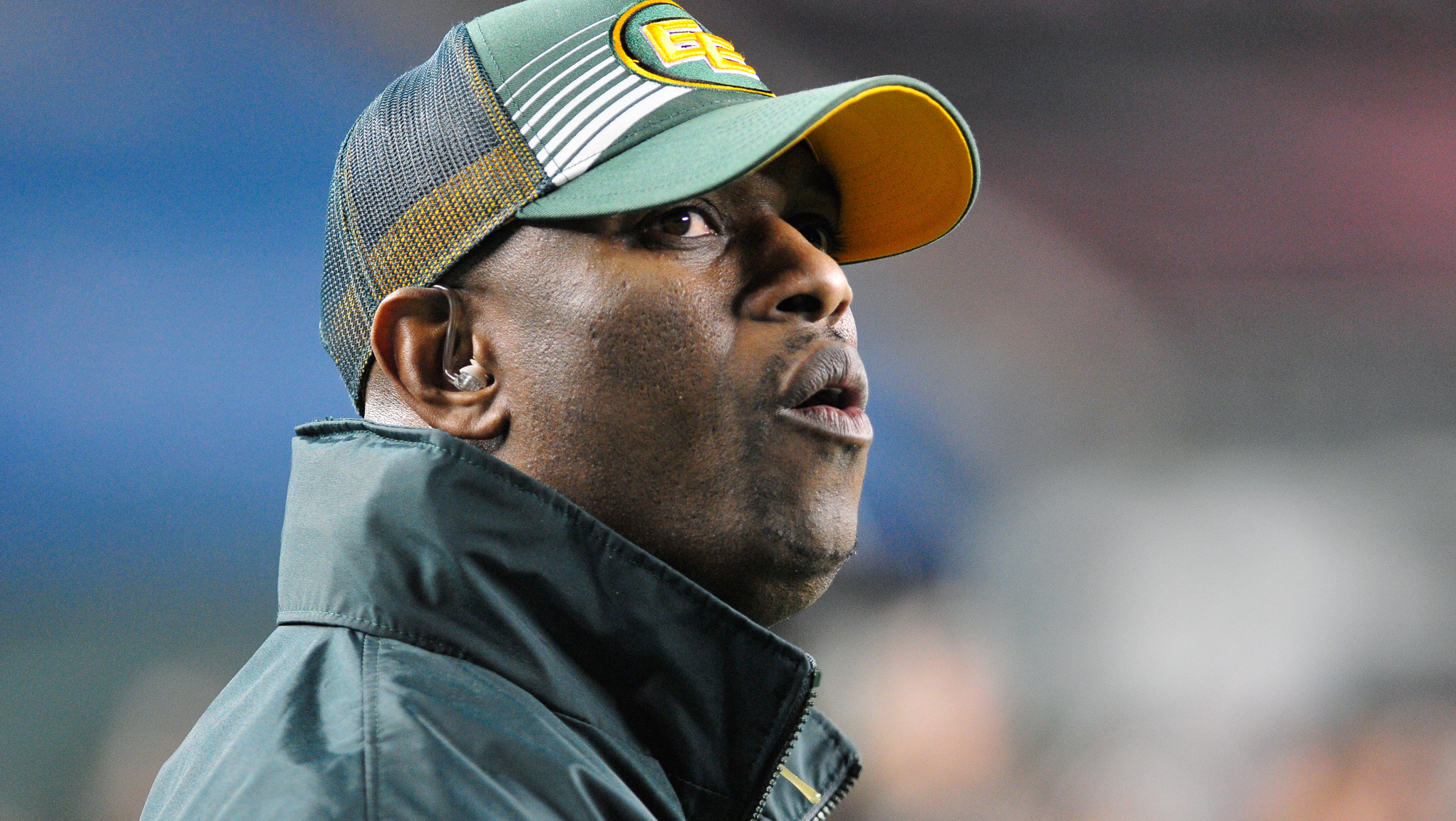 LAS VEGAS — Edmonton Eskimos Vice President of Football Operations and General Manager Ed Hervey says it will be a promise kept when he walks across the stage Saturday to pick up his diploma 21 years after first leaving college to pursue a career in professional football.

As a boy, Hervey, who turned 43 this month, promised his mother Velma that he would one day earn his college diploma. Now, he will do just that inside the Thomas & Mack Center as part of the spring commencement ceremonies at the University of Nevada, Las Vegas.

His journey to earning his bachelor of arts in multidisciplinary studies started after meeting Janice Henry of JD Consulting Group, a Las Vegas-based group that specializes in guiding athletes through the process of returning to school to earn their degrees. For years, Hervey worked on his course work both remotely online and in person on the UNLV campus while balancing his duties as a high-ranking football administrator.

“I made a promise to my mom that had to be kept,” Hervey said. “She was very much against me playing football in the first place but after I begged her to let me on the field, I had to promise that I would go to school and get my degree. I started on this path several years ago and this week it comes to fruition.”

A product of Compton High School, Hervey played quarterback at Pasadena City College before signing with USC and converting to wide receiver. Injuries limited his production during his two seasons with the Trojans but the track star’s blazing speed helped make him a fifth round NFL draft choice by Dallas in 1995.

“My family was living in housing projects in Los Angeles so when I was at USC my main objective was to get my family out of there,” he said. “The opportunity to go play professional football was out there so earning my degree at the time had to be sacrificed.”

“I made a promise to my mom that had to be kept . . . I started on this path several years ago and this week it comes to fruition.” 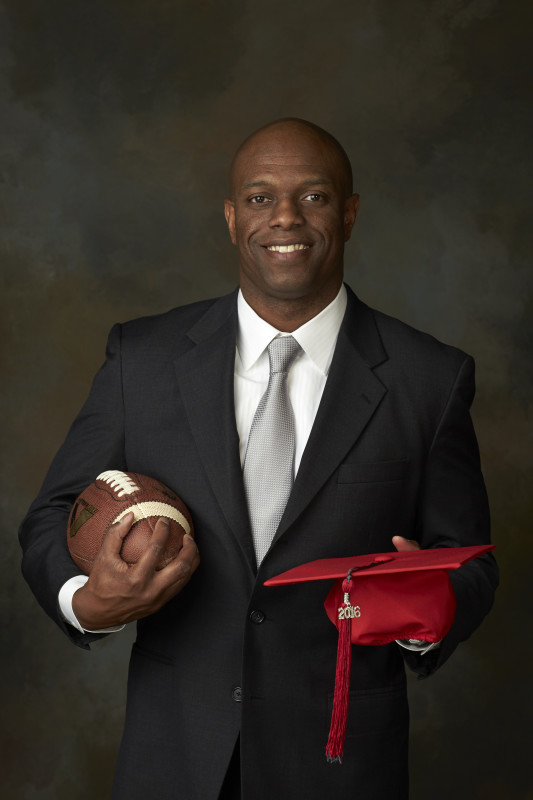 After spending time with the Cowboys, Raiders and Broncos, Hervey eventually headed north to the Canadian Football League and became a standout for the Eskimos, catching 476 passes for 6,715 yards and 43 touchdowns in eight seasons. Retiring as a player in 2007, Hervey stayed with the franchise as a scout and became Head Scout in just two years. He was named Edmonton’s GM in 2012 and added the Vice President title on Feb. 23, 2015.

Now entering his 18th season with the same franchise, Hervey oversaw his organization’s march to a Grey Cup championship in 2015 and spent Tuesday running the team’s player draft before flying back to Las Vegas for his own college graduation.

“Did I foresee it taking this long when I was 12 years old? Absolutely not. But I’ve made it a priority the last few years and I’m proud that it’s finally here. I know my mom is excited.”

Velma, of course, will be on hand for the big day along with Hervey’s sister, brother-in-law and niece helping make up a group of nearly 20 close friends and family ready to celebrate a different kind of triumph.

Henry said this marked the first time she had worked with someone so accomplished away from the field to complete their degree, which also meant Hervey had the longest path to graduation.

“Ed started in the program back in 2012 so his dedication and commitment were remarkable for someone in his position as a high-level executive,” Henry said. “It was not easy making trips down here from Canada but he was going to get this done no matter how long it took. This is why I am in this business. Everyone is different but I can work with the unique circumstances of the client and create the best possible path to completing their degrees.”

Hervey said he could not have done it without the full support of the Eskimos.

“From the time that I approached them about this, everyone has been very supportive. (President and CEO) Len Rhodes gave me his blessing and having that support was a key in my quest to get this done.”

After this weekend, Hervey, who said he may not be finished in the classroom as he considers pursuing a master’s degree, can now counsel young people as a college graduate.

“Doing all this is a lesson to those that I come in contact with that you can accomplish what you set your mind to,” Hervey said. “Whether it’s now or five or 20 years down the road — when the opportunity is there, take advantage of it.”