TORONTO — Drew Willy will start at quarterback for the Toronto Argonauts in Week 15, the team announced Wednesday.

The 29-year-old will make his first start as an Argo exactly three weeks after being acquired from Winnipeg via trade on Sept. 11 in exchange for T.J. Heath, a first round pick and a third round pick.

The change at quarterback comes following three straight starts by Dan LeFevour, who went 1-2 while throwing for 672 yards with five touchdowns and five interceptions in place of the injured Ricky Ray.

Willy was acquired on the same day LeFevour made a strong debut in a win over the Hamilton Tiger-Cats, serving as the backup during losses to Winnipeg and Ottawa. The former Winnipeg Blue Bomber and Saskatchewan Roughrider made his Argos debut in a 29-12 loss to the Ottawa REDBLACKS in Week 14, throwing for 153 yards and a touchdown on 16-of-24 passing after starting the second half in place of LeFevour. 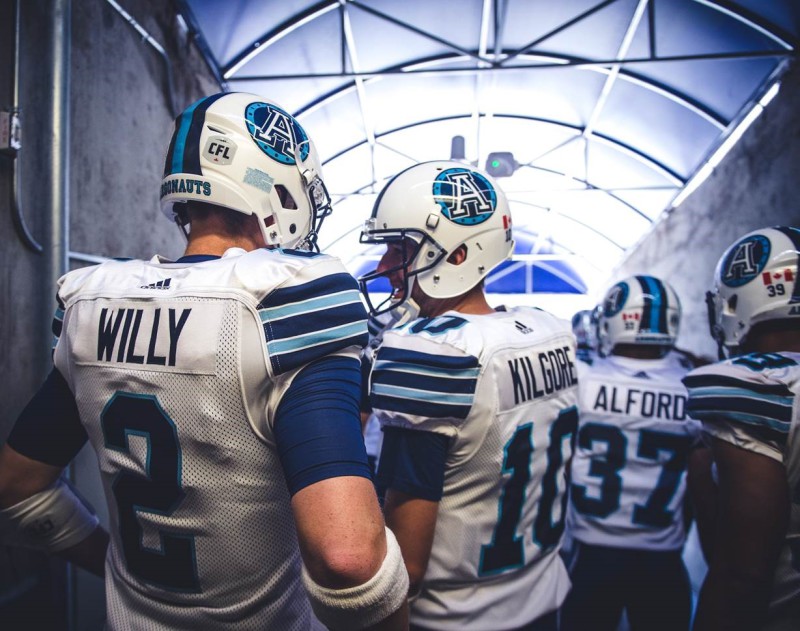 For Willy and the Argos, success or failure in the coming years will be intertwined.

After breaking into the league with the Riders and filling in for Darian Durant at times in 2012 and 2013, Willy signed with the Bombers in 2014 to become their starting quarterback under Head Coach Mike O’Shea. He played his best football early in 2015, throwing eight touchdowns to just three interceptions with a career-best 9.2 yards per attempt, but a knee injury sidelined him for the rest of that season.

This year, the 6-foot-4, 220-pound Buffalo graduate was benched and replaced by Matt Nichols following the Bombers’ 1-4 start. Willy threw for 1,473 yards and five touchdown passes to go with four interceptions in five starts with the Bombers this season.

The Argos are 5-8 and have lose six of their last seven games, but remain in the middle of a jumbled East Division playoff picture just two points back of Hamilton and three back of Ottawa for first place.

Ray, the Argos’ starting quarterback coming into the season and the fourth-leading passer in CFL history, suffered a deflated lung and a fractured rib in a Labour Day loss to the Hamilton Tiger-Cats. He’s nearly three weeks into his expected 4-6 week recovery window.