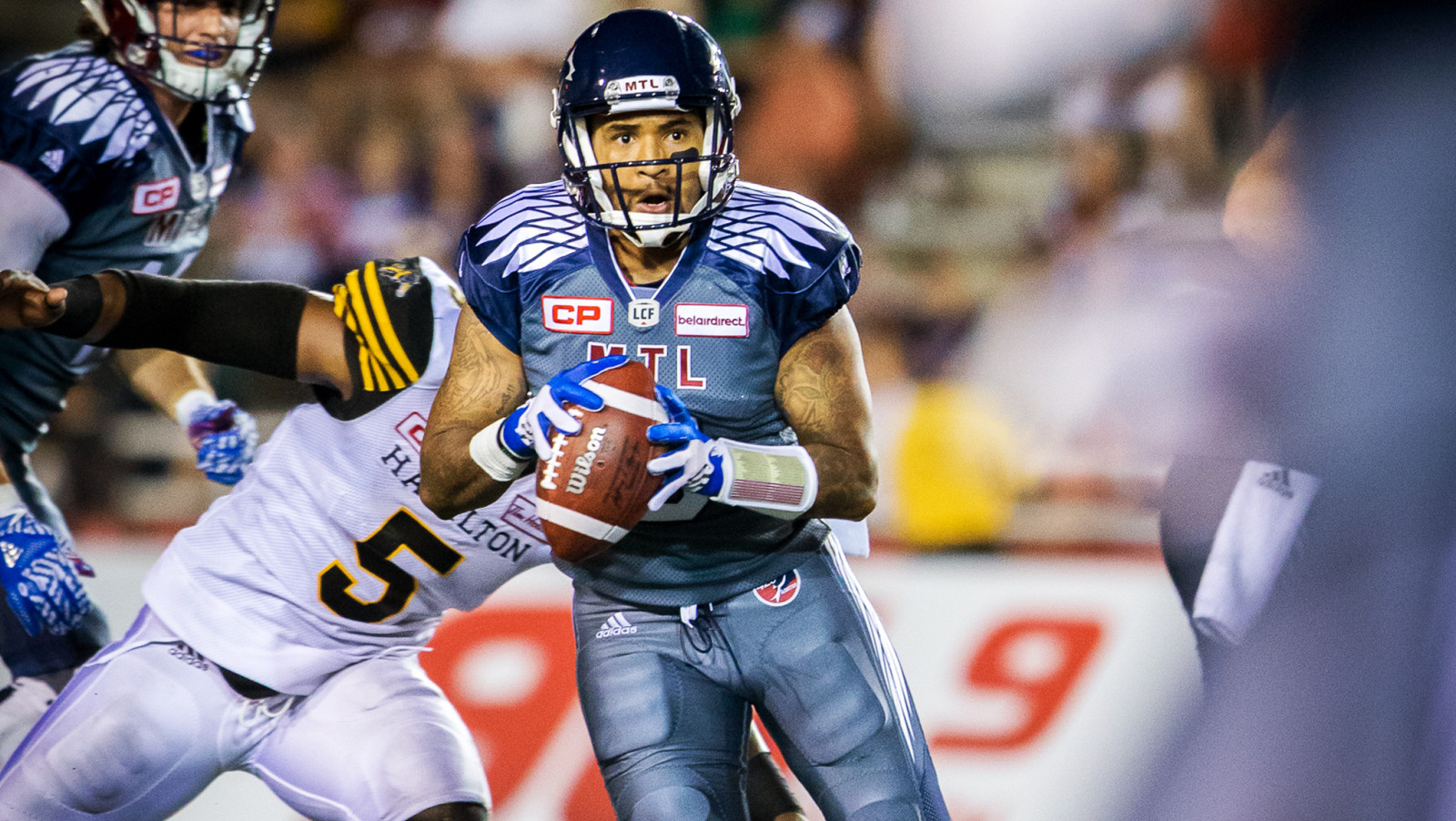 MONTREAL — It appears the debut of Vernon Adams Jr. is set to arrive.

Adams Jr. will make his first career start on Saturday in Regina, according to Didier Orméjuste of RDS, as the Montreal Alouettes make a quarterback change from Rakeem Cato:

The Alouettes acquired Adams Jr. in a trade from the BC Lions in the off-season, surrendering their first round pick in the 2017 CFL Draft.

Cato took over as the Alouettes’ starting quarterback after the team traded veteran backup Kevin Glenn to Winnipeg back on Sept. 11.

Adams, 23, remains one of the CFL’s brightest young quarterback prospects after a polished college football career at Eastern Washington and Oregon.

A 5-foot-11 native of Pasadena, Calif., Adams was one of college football’s most dynamic dual-threat quarterbacks from 2012 through 2015. After three years with Eastern Washington Eagles, Adams accepted a scholarship offer and transferred to Oregon, where in in 2015 he started 10 games and passed for 2,643 yards with 26 touchdowns and six interceptions.

A dual-threat athlete, Adams ran a 4.83 at the NFL Combine this year and was also the East-West Shrine Game Offensive MVP. Playing for the Ducks in 2015 he was an Honourable Mention for All-PAC-12.

News of the Alouettes’ quarterback change is only the second-biggest news out of Montreal on Monday, as the team announced earlier in the day that it had released veteran receivers Duron Carter and Kenny Stafford.

The Als, 4-11 and last place in the East, need a win on Saturday to keep their playoff hopes alive.