CFL Insights: Mike Reilly on the chase for 6K 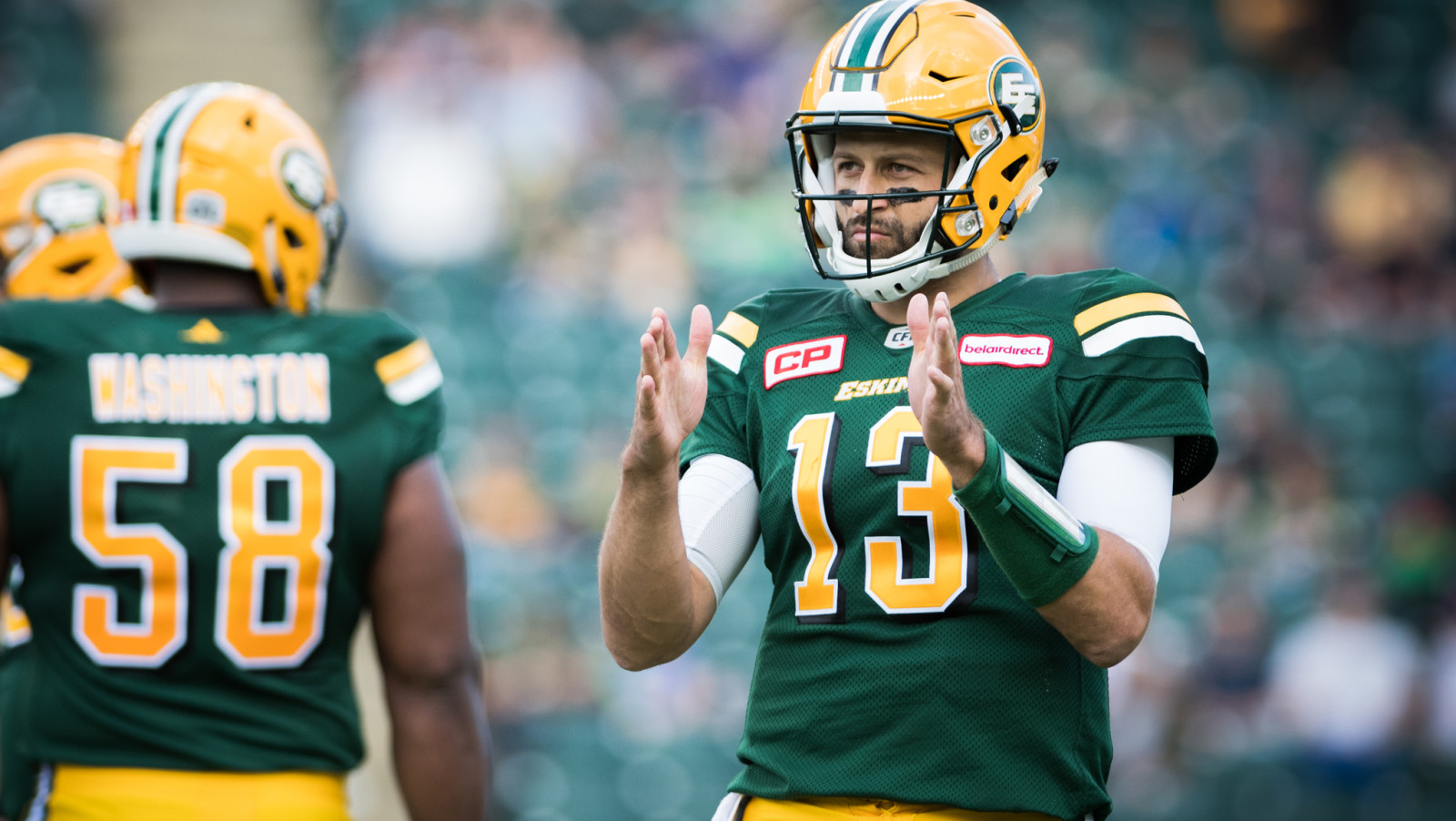 CFL Insights: Mike Reilly on the chase for 6K

EDMONTON — One of the Canadian Football League’s most elusive clubs could be on the verge of welcoming a new member.

Edmonton Eskimos quarterback Mike Reilly is 946 yards away from surpassing the 6,000 passing yards mark this season, a feat only some of the CFL’s greatest players have accomplished. Only Dough Flutie (twice), Kent Austin, Anthony Calvillo and David Archer have ever crossed that plateau, the most recent being Calvillo in 2004.

Reilly has emerged as one of the CFL’s brightest stars the last couple of years, helping the Eskimos go from the bottom of the league standings in 2013 to Grey Cup Champions last November.

As if leaving a mark on the Eskimos franchise wasn’t enough, now Reilly has a chance to etch his name in league history: 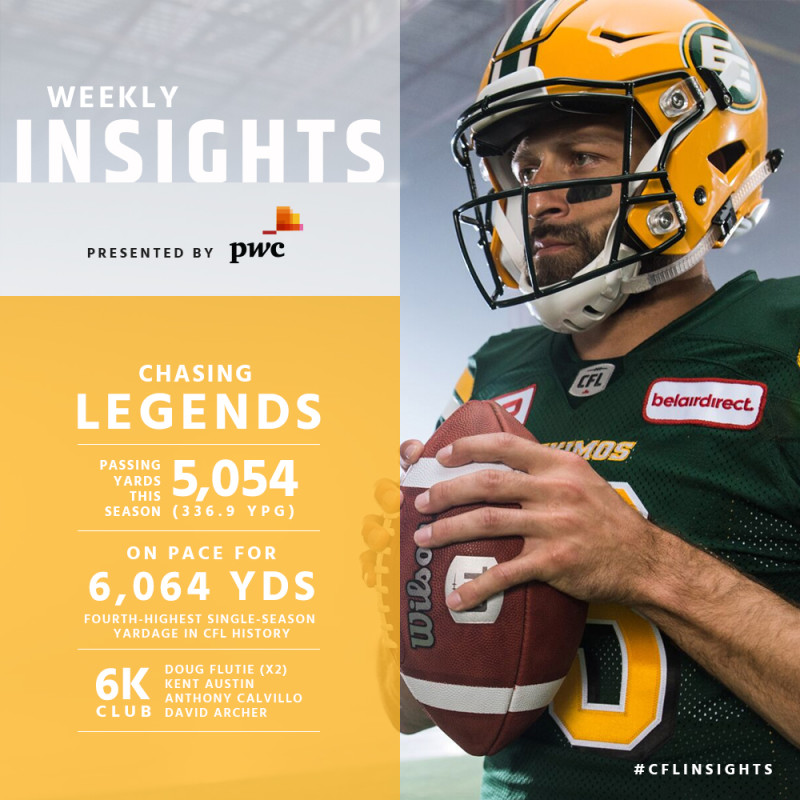 Based on projections, Reilly is more likely than not to reach 6,000 passing yards should he play in all three remaining games. The strong-armed pivot has thrown for 5,054 yards through 15 games, averaging 336.9 yards per game — easily exceeding the 315.3 yards per game he’d need the rest of the way to reach the mark.

It’s also worth noting that in three games against BC, Toronto and Hamilton — the Eskimos’ next three opponents — Reilly has averaged 338.7 yards per game.

For a quarterback that has thrown for at least 300 yards in 12 out of 15 games this season and eclipsed 400 passing yards twice, Reilly’s name probably won’t look out of place alongside the others when all is said and done.

Flutie, the best of the best, crossed the 6,000-yard mark on two different occasions and almost a third time in 1992 when he came 55 yards short. Flutie also holds the single-season record for passing yards in a season at 6,619, a record Reilly could only pass this year by averaging 521.7 yards per game the rest of the way.

Of course, with the Eskimos battling for positioning in the highly-competitive West, it’s safe to assume Reilly won’t be thinking much about how many yards he’s throwing for. The Eskimos would move into third place with a win over the Lions this weekend.

Check back weekly for more CFL Insights presented by PWC.