Drew Tate to start for Stampeders in Week 19 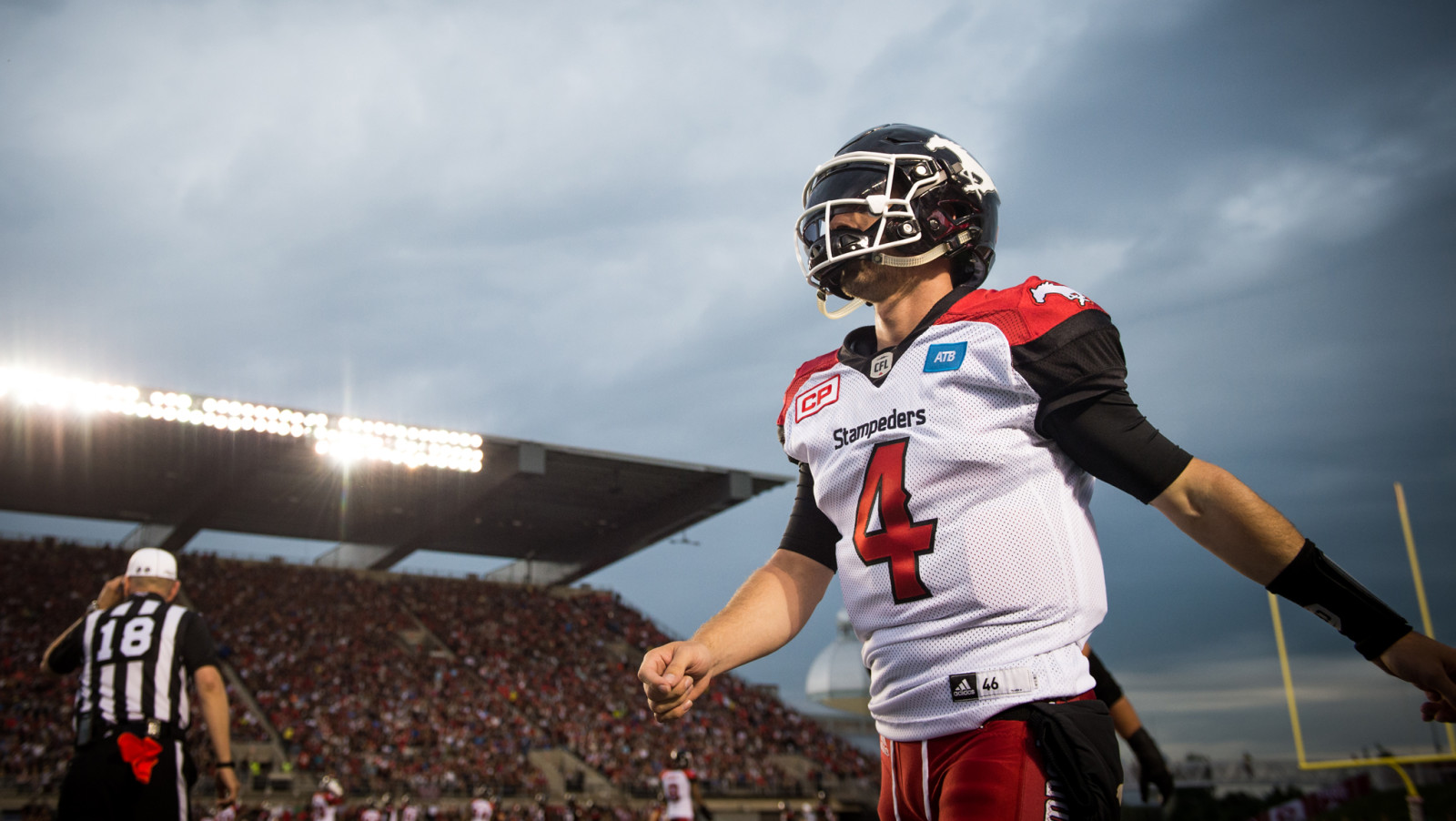 Drew Tate to start for Stampeders in Week 19

CALGARY — Drew Tate is becoming a Game 18 specialist for the Calgary Stampeders.

For the second year in a row, the veteran Stamps QB’s one and only regular-season start will come in the finale.

Head coach Dave Dickenson weighed all the options — including giving starter Bo Levi Mitchell the nod — but ultimately chose to tap Tate on the shoulder.

“It’s time for Drew to play,” said Dickenson. “It’s better to start him in my opinion because it gets him in the flow. He’s had a good week (of practice) and I look forward to seeing him play.”

Tate has played very sparingly in relief of Mitchell this season, completing five of six passes for 37 yards. But he’s had success as a starter during his time with the Red and White, winning 10 of 13 starts including a 28-7 decision over the BC Lions in the 2015 season wrap-up.

“I’m just going out there and have fun, sling it around and see what happens,” said Tate, who has also contributed as the team’s holder on field goals and extra points.

If you think the former Iowa Hawkeye is frustrated having spent most of the season on the bench, think again.

“Man, it’s been awesome, actually,” Tate replied. “I’ve enjoyed every week thoroughly. My favourite part of this year is seeing all the turnover we’ve had and really developed some good players. With as much turnover as we’ve had, I didn’t see us doing this but just watching all these young guys grow has been awesome.

“A lot of things have happened this year and there’s been adversity but Dave has been awesome in keeping everyone focused.”

And if you think Tate looks at Sunday’s start as a chance to audition for other CFL teams, you’re wrong again.

“Absolutely not,” he said flatly. “I don’t care about any other team. I care about the Calgary Stampeders.”

Tate acknowledges that making his first start in almost a full year, against the most stingy defence in the CFL outside Calgary, is a tall order.

“I think it’s a huge challenge,” he said. “How I look at it is, ‘Embrace it.’ This is the best defence that we’ve faced all year, hands down. It’s a great opportunity for us. It’s fun to play against the best defence and see how we react.

“It comes down to communication with the offence. They’re hearing a new voice, a new cadence. It’s really about getting everyone on the same page and playing fast.”

On one hand, Sunday’s game won’t have much impact as the Stamps have already locked up first place in the West and will host the Western Final on Nov. 20. Then again, a win would give Calgary a 16-1-1 record, besting the all-time best 16-2 mark set by the 1989 Edmonton Eskimos.