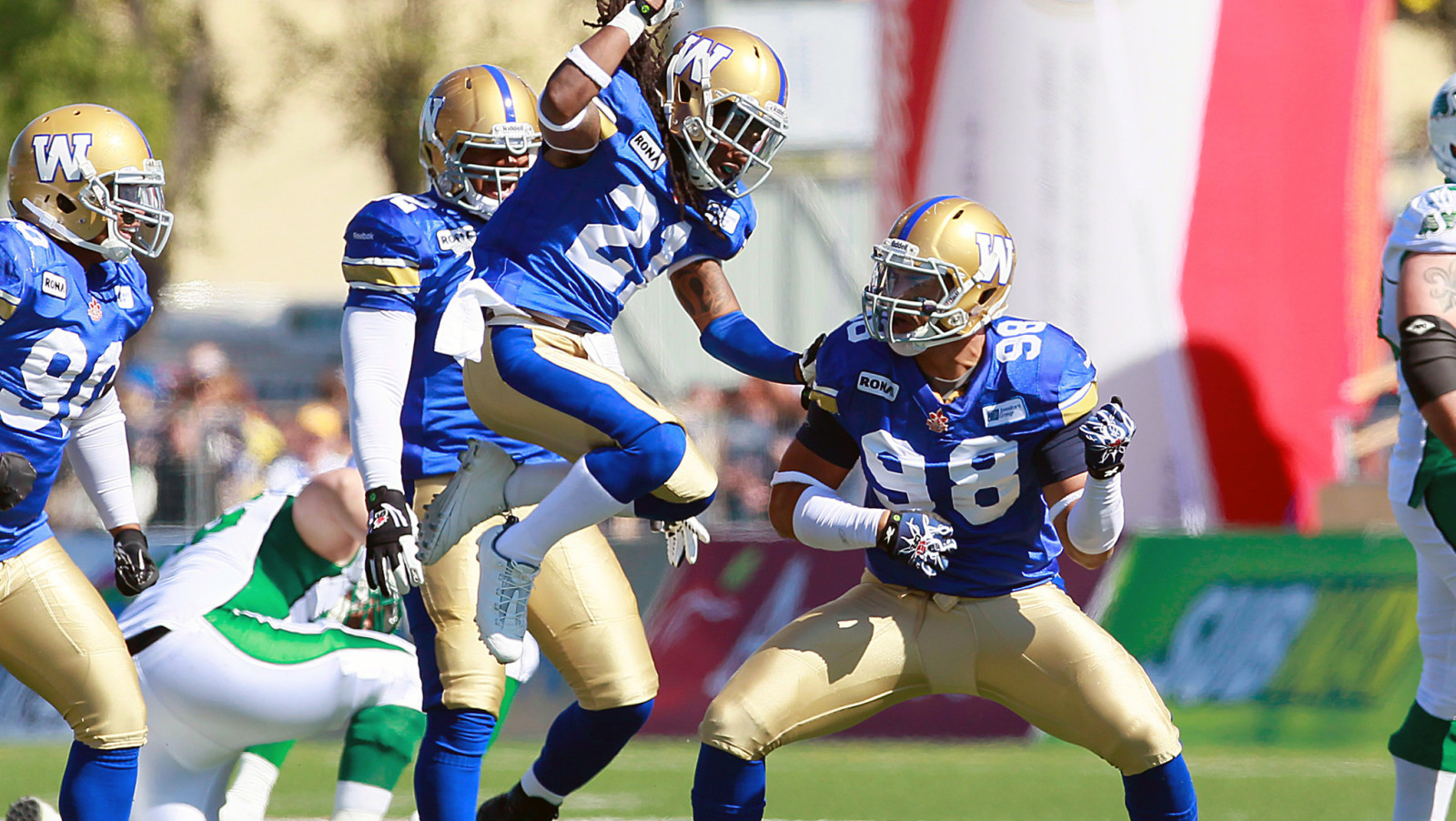 WINNIPEG — Jason Vega has announced his retirement from professional football, but not before signing a one-day contract with the Winnipeg Blue Bombers, the team announced Wednesday.

Vega, 29, originally joined the Blue Bombers in 2011, appearing in 38 career games over three seasons, starting all 28 at defensive end. During his tenure with Winnipeg, Vega accumulated 82 defensive tackles, 17 sacks, two forced fumbles, one fumble recovery and two receptions for 23 yards and a touchdown. Vega also scored the winning points on a touchdown pass in the 2011 CFL East Final.

“Winnipeg is where it all started and it’s come full circle for me at this point,” said Vega. “I came to Winnipeg with a dream to play football and soon realized it was about much more than that. A wife, a son, and a family of blue/gold fans that embraced me like one of their own.

“In the end, Winnipeg is home and there’s no better place to call home. The Blue Bombers organization was great to me, and retiring as a member of the franchise is something I will always cherish.”

“Jason was a consummate professional from the very beginning, ” said General Manager Kyle Walters. “He knew what it took to play at this level and had the work ethic to stay at this level, those qualities sometimes don’t always go hand in hand. We thank him for his contributions both on and off the field during his career in Winnipeg.”

“Jason carried himself like a true professional and was a great ambassador of our organization,” said President and CEO Wade Miller. “We are honoured that he wanted to retire as a member of the Winnipeg Blue Bombers, and we wish him and his family the very best in life after football.”