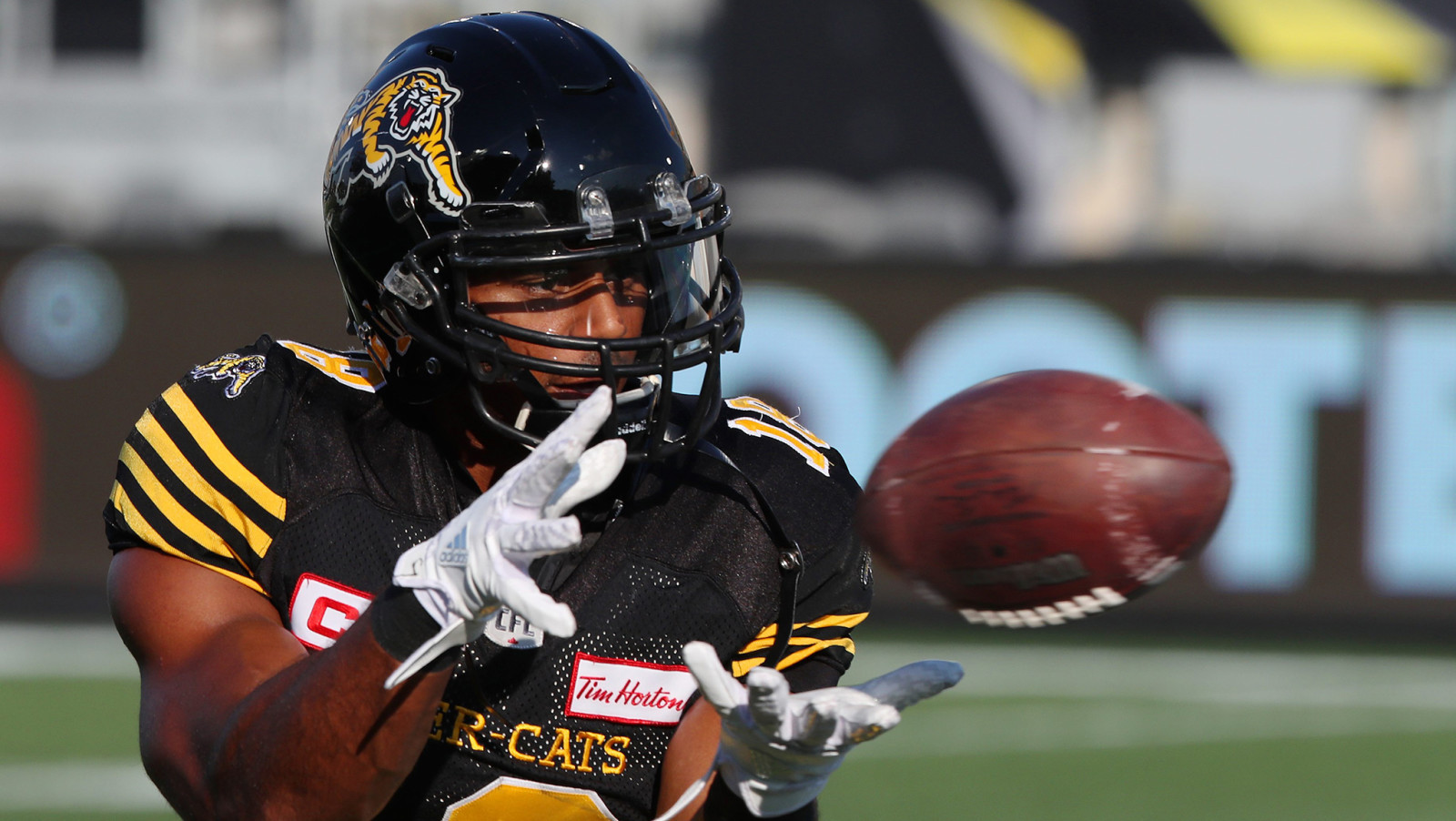 Ticats' Anthony Woodson catches a ball in warm up for game with The Argonauts CFL action in Hamilton on Monday, Sept. 5th, 2016. (CFL PHOTO - Dave Chidley)

An alumnus of the St. Francis High School Browns and the University of Calgary Dinos, Woodson has played for the Winnipeg Blue Bombers, Toronto Argonauts and Hamilton Tiger-Cats over the course of his five-year CFL career.

He is a second-generation Stampeder as his father Tony played linebacker for the Red and White in 1985 and 1986.

“Anthony is a talented and versatile player who can help us both on offence and on special teams,” said Stampeders head coach Dave Dickenson. “I believe he will be a good addition to the team and it’s always good to have local guys be part of the Stampeders family.”

In 55 career regular-season games, Woodson has 234 rushing yards and a touchdown, 16 receptions for 117 yards, three kickoff returns for 58 yards and 17 special-teams tackles. He has also played three career playoff games.

Woodson was selected in the fourth round (29th overall) by the Blue Bombers in the 2010 draft and was traded to Toronto on Sept. 9, 2013. He signed with Hamilton as a free agent on Feb. 11, 2015 and spent the past two seasons with the Ticats.

Woodson played five seasons for the Dinos and was the Canada West rushing champ in 2007 as he racked up 1,183 yards while earning first-team conference and second-team all-Canadian honours. He was born in Ottawa but raised in Calgary.

“It’s long been a dream for me to come home and play for the Stampeders,” said Woodson. “When I was growing up, I watched this team win Grey Cups and this is the team my father played for so it’s an unbelievable feeling to be a Stamp.”