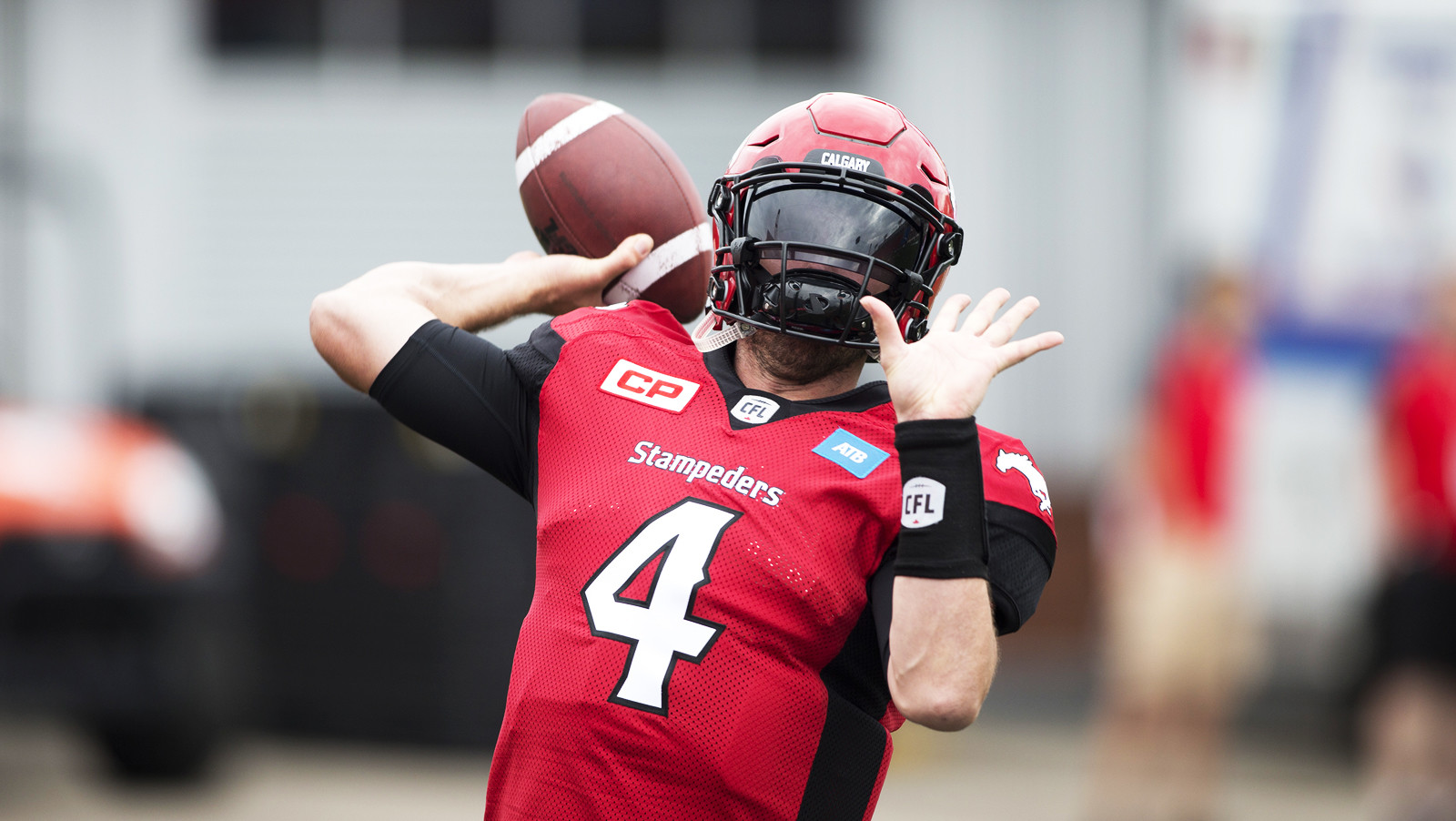 OTTAWA –The Ottawa REDBLACKS have added both depth and experience under centre, acquiring quarterback Drew Tate from the Calgary Stampeders in a trade Tuesday.

Headed the other way is a fifth round selection in the 2018 CFL Draft.

The 32-year-old pivot is entering his ninth season in the CFL with a handful of starts and years in Calgary’s system under his belt.  The Iowa product has a 4,670 yards and 32 touchdowns on 380 of 572 career passing.

“It’s always paramount in the CFL to have at least two veteran quarterbacks that you know you can win with,” said REDBLACKS Head Coach Rick Campbell in a statement. “Drew is a proven performer in this league and we’re happy to have him in Ottawa.”

Although he has spent the majority of his career as a backup, Tate had an opportunity to take over the starting spot in Calgary back in 2012 when Henry Burris and the Stampeders parted ways.  A shoulder injury early in the season sidelined the pivot for the majority of the year.  In 2013, he battled Bo Levi Mitchell for the starting job out of training camp which ultimately went to Mitchell.

In 2014, Tate helped the Stampeders capture the 102nd Grey Cup with a win over Hamilton where he had two rushing touchdowns in short yardage situations.

In a team-issued press release, Stampeders president and general manager John Hufnagel said, “We thank Drew for everything he has done for the organization over the past eight years and wish him the best of luck.”

Despite parting ways with Tate, the Stampeders still have a set of young QBs to backup Mitchell heading into training camp with incumbent third-stringer Andrew Buckley and Mitchell Gale who signed as a free agent with the club last week.