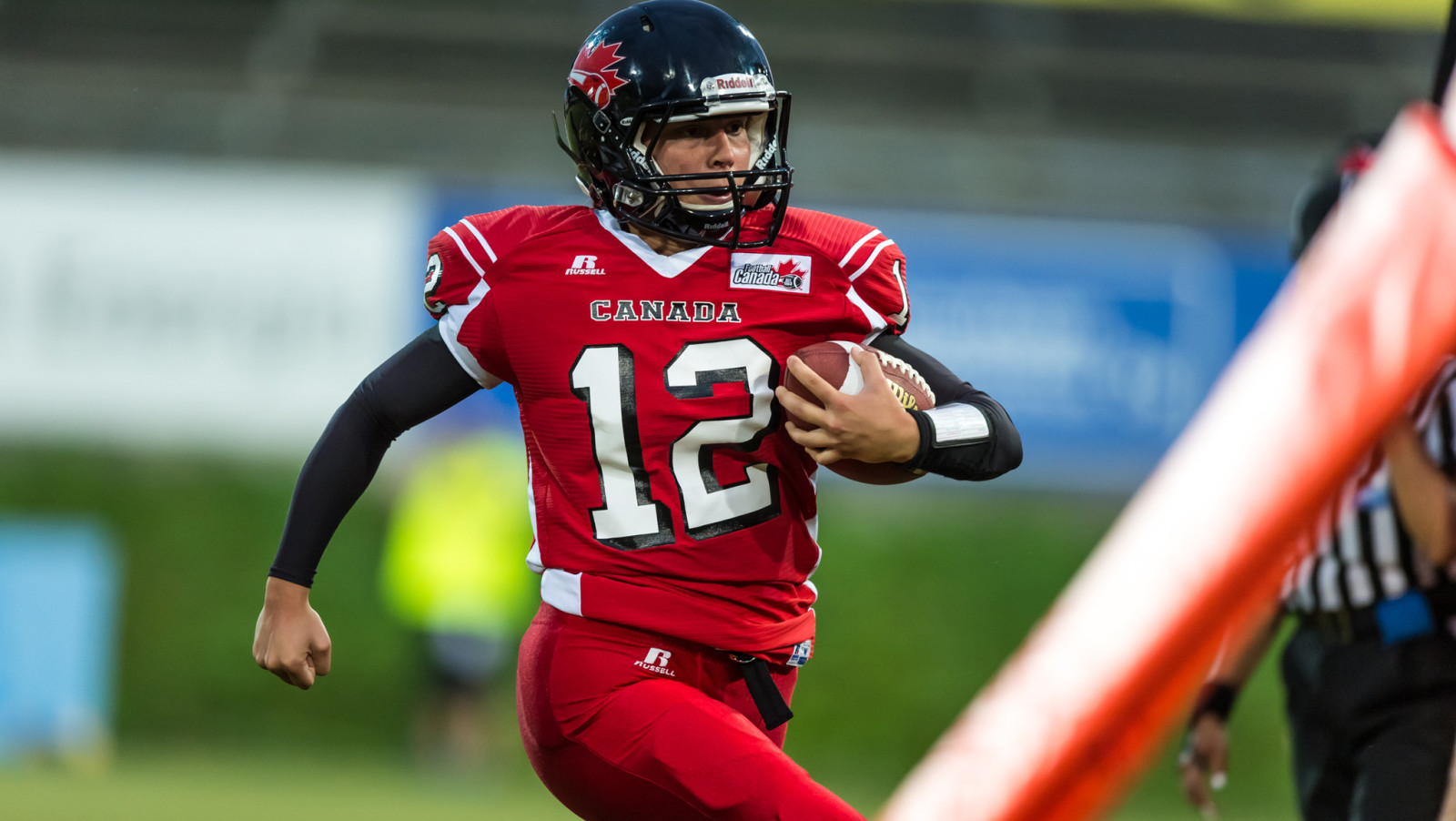 Football is no longer just a man’s sport in Canada.

Just ask Aimee Kowalski, quarterback for the Regina Riot, one of the eight teams in the Western Women’s Canadian Football League.

“I’ve been hit pretty hard by some girls that I think would be comparable to being hit by a guy,” Aimee laughed. “I think too that as far as sports go and comparing women to men in the same sport (football is the same). Hockey is a bit of a different game from women to men but I think football is very, very similar in the strategy and how it’s played.”

Aimee is one of many great women all across the country that are lacing up their cleats, strapping on their shoulder pads, throwing on a helmet and hitting the gridiron to play the game they love.

One more woman to do so is another Regina Riot, Alex Kowalski. 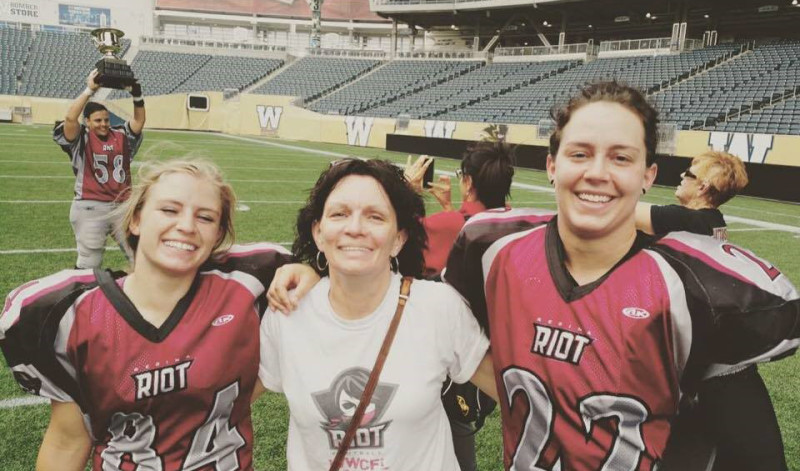 The two aren’t only teammates, they’re also sisters – Aimee is Regina’s starting quarterback and Alex is a wideout that catches her sibling’s passes – making the duo dangerous every time they hit the field together with their ridiculous chemistry.

“She gets me and I get her,” Aimee said of her on-field relationship with her sister. “We’re complete opposites. It’s nice knowing what she’s thinking and that she knows what I’m thinking. We also play basketball together so we have great chemistry when we play on the court as well.

“It’s a great relationship that we have in that she can tell me what I’m missing and I can tell her what she’s missing. We never really are too hard on each other and if we are, we take it pretty well.”

Both Aimee and Alex are getting set to participate in the 2017 Women’s World Championship in June with team Canada – the first time they’ve played together at the international level.

“She’s not very big,” Aimee said of Alex’s small stature. “She’s only 5-foot-2 so being as easy to throw to as she is is a feat in itself compared to some of the 6-foot-1, 6-foot-2 receivers. We generally are known for our longer passes because she has a lot of speed.”

(Note: Check out this 75-yard touchdown pass from Aimee to Alex during a game versus the Saskatoon Valkyries back in 2015.)

The six-game event is just the third of its kind and will take place for the first time in Canada in Langley, B.C. Canada has runnered up in both the 2010 and 2013 championships. The team, Alex and Aimee – who participated in the 2013 championship where Canada lost the gold medal game to the United States – will be looking to win their first gold medal on home soil.

“I’ve always played sports to win,” Aimee professed. “I’ve never really been the recreational player. I’ve always done what I needed to do to prepare and you learn a little bit more when you’re preparing for something like this and actually realizing how far the little things go or even the psychological preparation, like visualization, really go a long way when you’re in a competition at this level.”

According to Kim Wudrick, President of Football Canada, having Alex, Aimee and the rest of the women named to the Canadian team participate in the championship will help to shine a light on the ever-growing tackle football events and leagues across the country.

“Hosting the Women’s World Championships is a great honour,” Wudrick said in a news release in February. “To do so during Canada’s 150 birthday is a tremendous way to celebrate our nation’s long football history as well as to promote the growth of women’s tackle football in Canada. I look forward to cheering Canada on alongside a loud and proud hometown crowd this summer.”

Aimee and Alex are also two of many guest coaches who will be at the girls flag football clinic during Mark’s CFL Week on Thursday, March 23rd from 4:00 p.m. CT -to 5:30 p.m. CT for girls 14-15 years old giving young girls the opportunity to hit the field.