Jones, Riders eye the next crop of CFL stars 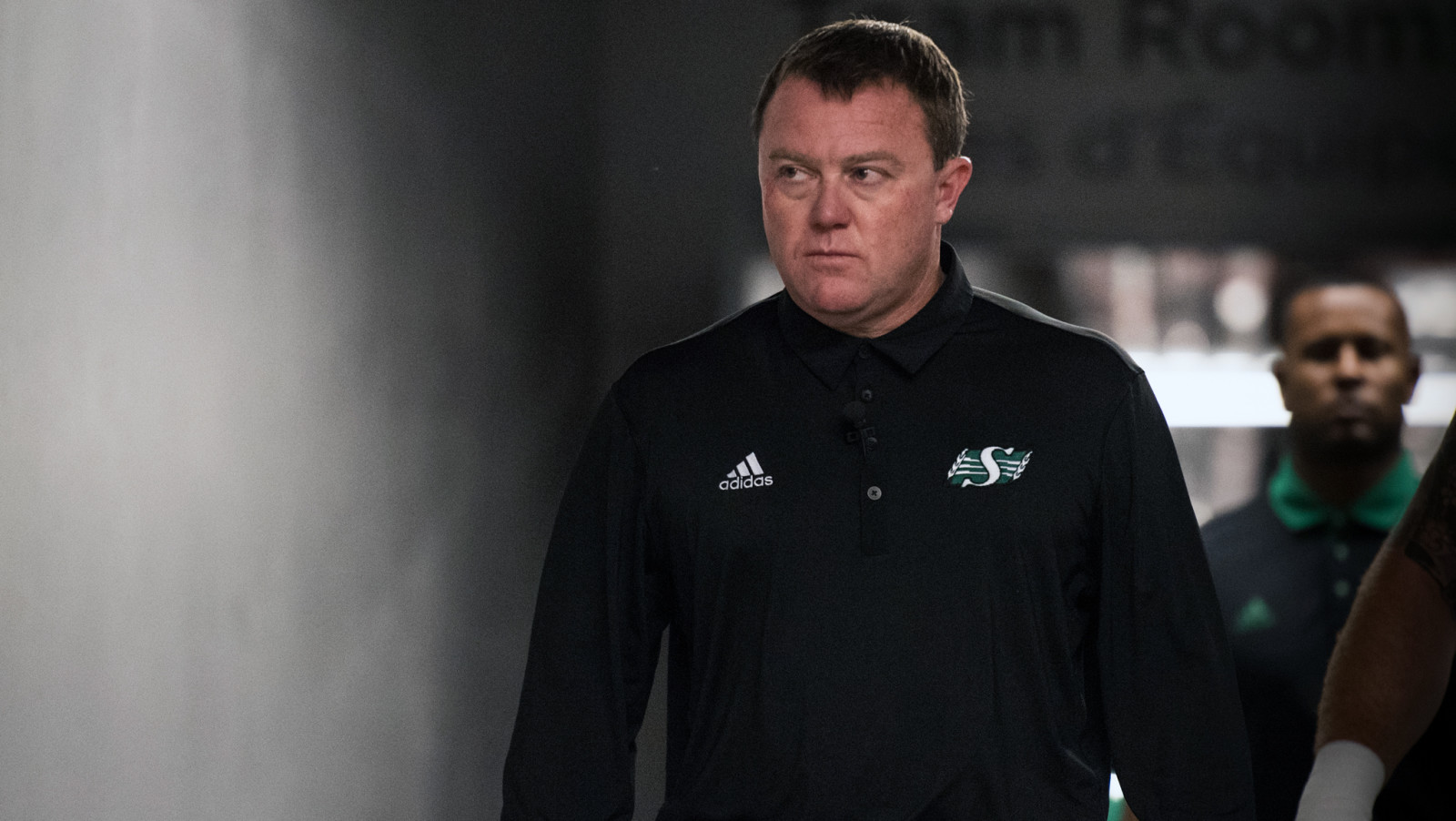 Jones, Riders eye the next crop of CFL stars

REGINA — You never know what you’ll get at a CFL regional combine. You can be sure, however, that Chris Jones will be there, front row centre.

After watching prospects test in Montreal and Toronto, Jones heads to Regina to make it a perfect three-for-three at Thursday’s Western Regional Combine. Unlike most general managers, Jones’ attendance record at regional combines is well-documented.

“That’s kind of my job,” said Jones. “I’m the general manager and if we’re going to do a draft, I don’t feel right not seeing the majority of these players.

“I don’t want my other guys having to tell me who these people are – I’d like to see them for myself.” 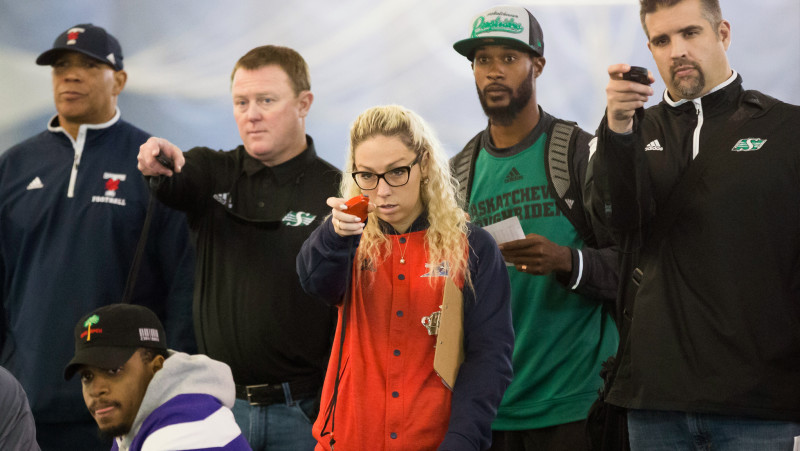 By the end of the week, Jones will have seen for himself most of the top prospects the draft will have to offer. He and his staff evaluate talent around the clock, but this week in particular is important.

The Riders hold the second and 11th overall picks in the CFL Draft, which rolls around Sunday, May 7.

“It’s like anything else,” Jones said. “You wouldn’t go buy a car if you didn’t go see it. When we’re putting potential draft picks in these guys, there’s a lot of value there.

“That’s just my philosophy,” he continued. “Not that everyone else has to do that, but I’m young at doing this so I want to make sure I put my eyes on it.”

Now in his second off-season of his first stint as a CFL general manager, Jones has made headway with the Riders. Their list of needs has shrunk while their national talent base has improved.

Since arriving in Riderville with much fanfare, Jones has added key national pillars to his defence including Ese Mrabure, Henoc Muamba, Marc-Olivier Brouillette and Eddie Steele.

And finally, on an O-line that remains a work in progress, last year’s first overall pick Josiah St. John is at least a solid starting point.

Over the next week, Jones and his staff will scour this year’s draft class for more.

» RELATED: Rosters set for the CFL Combine presented by adidas 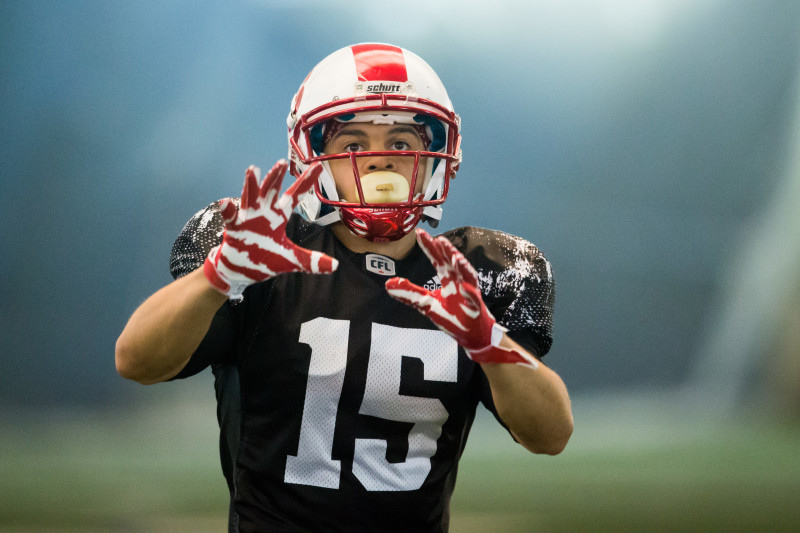 Jones is one of the CFL’s newest general managers but he’s no stranger to evaluation. The second-year Rider first coached in 1995 as a graduate assistant with Tennessee Tech. After seven seasons in the college ranks, Jones signed up with the Montreal Alouettes in 2002 as the defensive line coach.

By 2003 he was the defensive coordinator, spending the next five seasons earning a reputation as one of the league’s brightest and boldest defensive minds.

Over his time in the CFL, Jones has seen the evolution of Canadian talent to what it is today.

“Now, a decade and a half later, you really see an improvement in the quality of play.”

The league’s annual evaluation camp has turned into three regional combines and a national combine, a far cry from what it was. But Jones says there’s still work to be done when it comes to developing Canadian players.

“We still are missing the boat,” said Jones. “There are other guys, we just have to keep recruiting them. If a guy goes and plays semi-pro for two or three years, he can improve. We’ve got a guy, Kacy Rodgers, who two or three years ago there’s no way he could have played for us. He just kept at it and kept at it and the next thing you know he’s our starting boundary corner.

“It’s living proof that if you keep on staying at it, sometimes you can improve. We as a league are hunting good Canadians so I think it’s smart that we’re doing these and we should even keep going further.”

In the meantime, Jones and the Riders will continue to leave no rock unturned. Thursday’s regional combine followed by the CFL Combine presented by adidas on Friday and Saturday will reveal a lot. 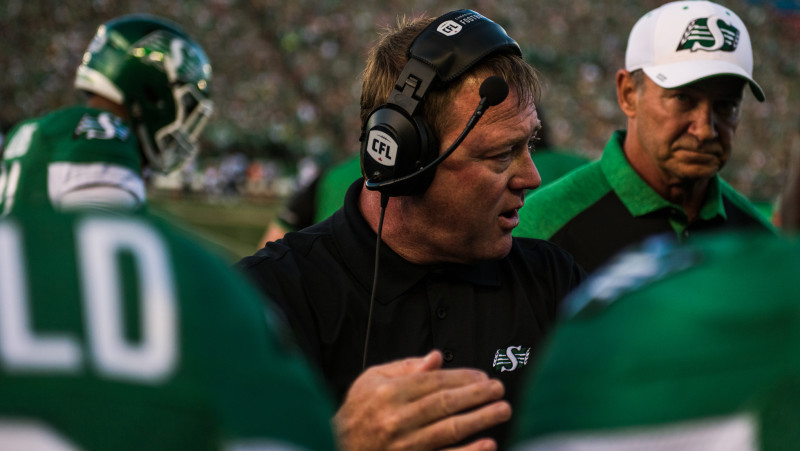 Chris Jones and the Riders hold the second overall pick in the 2017 CFL Draft (Matt Smith/CFL.ca)

Last season, the Riders selected St. John out of Oklahoma first overall — despite him skipping the combine. While Jones says last year’s No. 1 prospect is on the right track, those that can’t make the combine complicate matters.

“When guys skip the combine, it’s one lack of evaluation,” said Jones. “You can go to their pro day all you want but if they aren’t going against all the guys and going against people that are pretty good, it’s tough to evaluate.

“Certainly we would like to have all the guys that are in the draft here – it makes them a lot easier to evaluate. You see them head to head.”

With the one-on-ones, you truly get the best against the best — and sometimes the combine’s most heated moments. One of many fun parts of the job for Chris Jones.

“It’s never like work for me,” Jones said. “I love doing what I do and it’s a big part of the success of every program. You’ve got to have good players.”

No buyers’ remorse on St. John

Not seeing Josiah St. John at the combine last year didn’t deter the Riders from picking him first overall. A year later, despite a contract dispute and a rocky start, Jones isn’t having any buyer’s remorse.

St. John came to Regina with an impressive 6-foot-5, 309-pound frame and the talent of a Division-I NCAA offensive tackle — but some considered him too raw to play in the CFL right away.

“He’s a former high school guy that probably didn’t have to work a lot in the weight room to be a good player,” said Jones. “Then he goes to junior college and I know in junior college first hand that they don’t have great weight programs, anywhere in the country.

“Then you turn around and he goes to Oklahoma and to tell you how good he is, he’s able to get on the football field at Oklahoma and he’s not overly strong.” 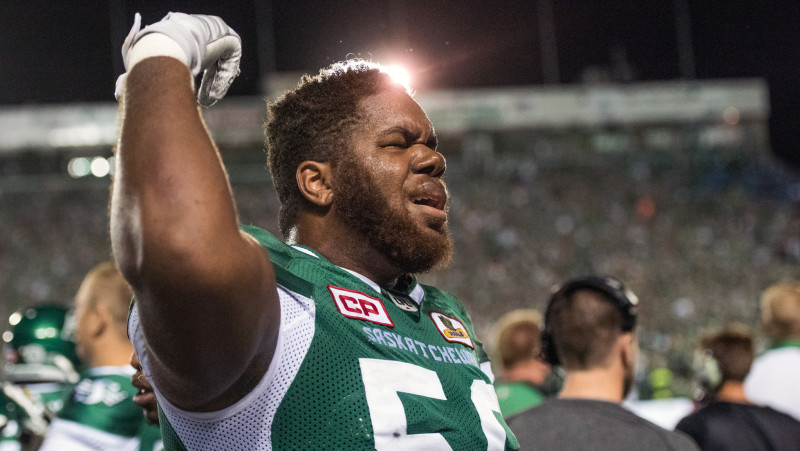 While he played in 10 games as a rookie, starting six, St. John still has room for improvement. But according to Jones, the second-year Rider is doing all the right things.

This off-season, St. John moved to Regina to work with Clinton Spencer, the team’s strength and conditioning coordinator.

“He came back and he’s living in Regina now with our strength coach and I think that’s what Josiah’s been missing all this time,” said Jones. “Clint has certainly worked hard with him to ensure that he does become a much stronger player.

“He’s got all the athleticism, he just lacks a little bit of strength and power. When he figures it out, he’s going to be a good one.”