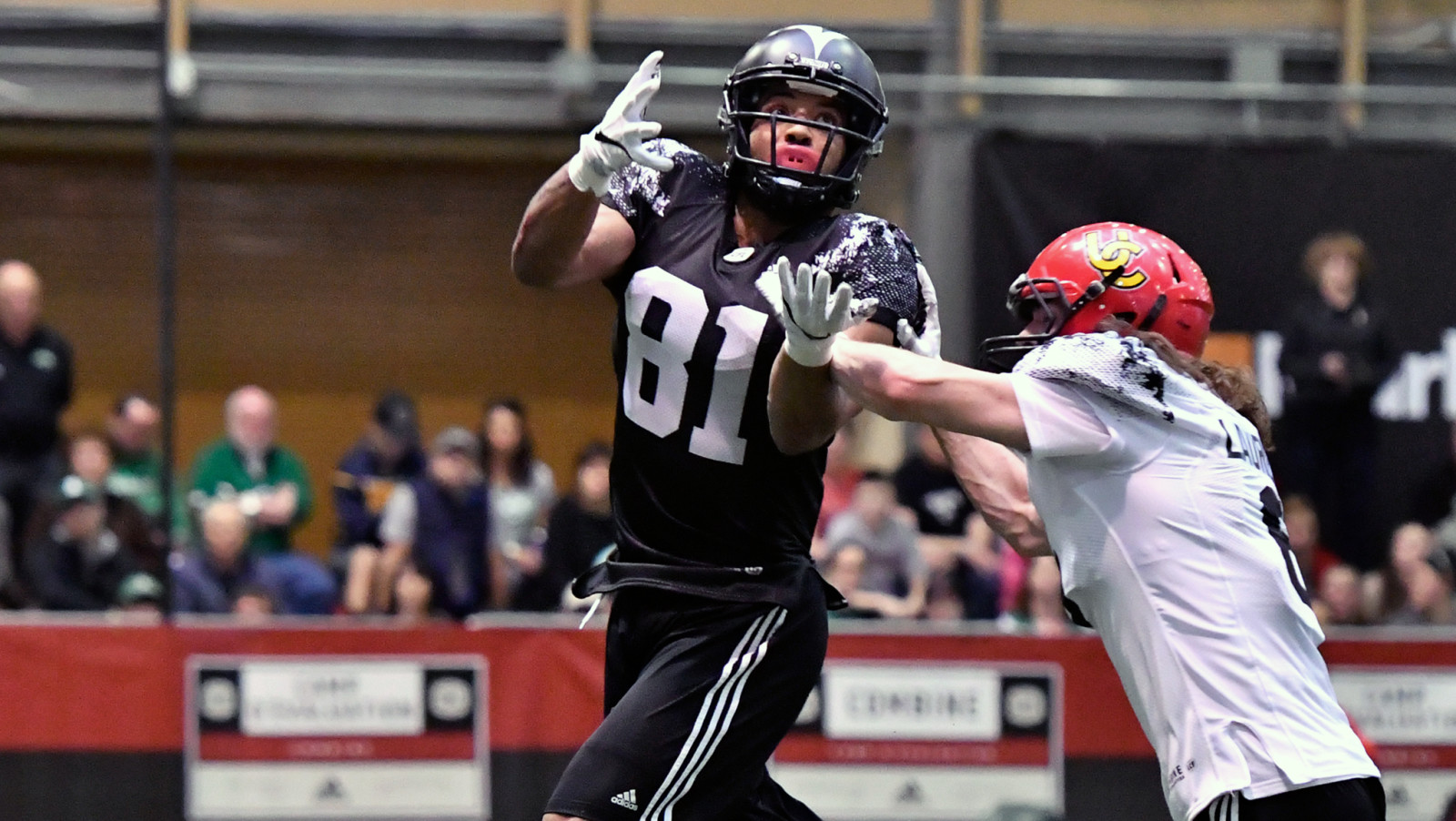 TORONTO — If there was any doubt surrounding Nate Behar’s status as one of the CFL Draft’s top prospects, the Carleton Ravens receiver quickly extinguished it at the CFL Combine presented by adidas.

Behar dominated the bench press on Friday night in Regina, then on Saturday put on a clinic in the one-on-one showcase.

MORE ON THE CFL COMBINE
» Leaderboard | Full results
» O’Leary: Maturity catching up to talent for Behar
» Stock Assessment: Who’s trending where in the trenches?
» Combine Rewind: Watch it in its entirety

“Behar remains the most well-rounded receiver prospect in the draft,” said CFL.ca’s Marshall Ferguson during the combine. “He clearly took pride in the bench press, showed that he’s put the work in throughout his career at Carleton and he’s more than just a big-catch guy – he can catch quick routes underneath and by physical, get YAC yards.”

Ferguson added that only a poor 40 would keep Behar from being a top-five pick, to which the 5-foot-11, 204-pound receiver responded with a 4.61 — the fastest 40 time among all receivers at the CFL Combine.

So is Behar a top-five pick in the upcoming May 7 CFL Draft? Behar’s comparable, current Riders receiver and former Manitoba Bisons running back and pass-catcher Nic Demski, could shine some light on the equation. 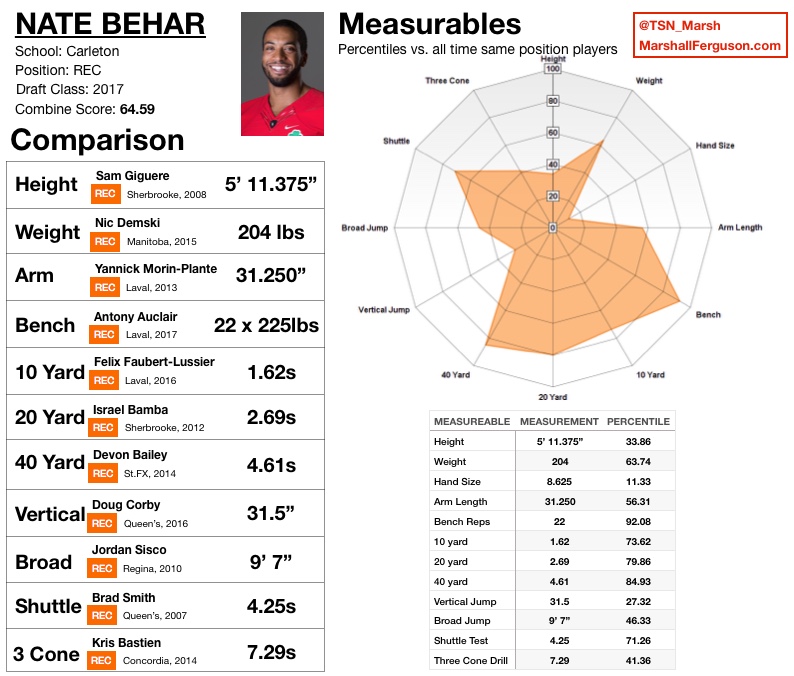 Demski was picked sixth overall by the Riders following an illustrious career at the University of Manitoba, where he led the Canada West Conference with 21.8 yards per catch as part of a 589-yard, five-touchdown season in his final CIS season.

Behar’s numbers with Carleton were at least equally prolific. Over four seasons with the Ravens, Behar averaged 85.9 yards per game and 14.5 yards per catch, his best season coming in 2014 when he racked up a career-high 837 receiving yards (104.6 yards per game), seven touchdowns and 17.4 yards per reception.

But the comparisons go far beyond the numbers.

“Behar reminds be of Demski because they’re both so well-rounded,” said Ferguson. “Often, the knock on a Canadian receiver is he’s got great hands but is small; is a great route-runner but not fast enough. There is always a but — not so with these two.

“Everyone has weaknesses, however there is no glaring weakness in their game and that well-rounded skill-set makes Behar comparable to Demski. A good reason both are so highly thought of.”

In 2015, Demski went head to head with Lemar Durant as the top two receivers in the draft. In the end, though, while Demski went sixth, Durant fell to the last pick of the second round.

Ferguson projects Behar as the second-best receiver in the current draft class to Danny Vandervoor — but it’s close.

“They’re 1-A, 1-B,” said Ferguson. “I have Vandervoort as 1-A because every time I want to give Vandervoort the upper hand, whether on special teams or personality or athletic ability or hands, you find yourself realizing that Behar has the exact same skill-set and is equally elite at what he does.”

How it’ll shake out in this year’s draft remains to be seen but with a few weeks to go, Behar’s prospects look good. 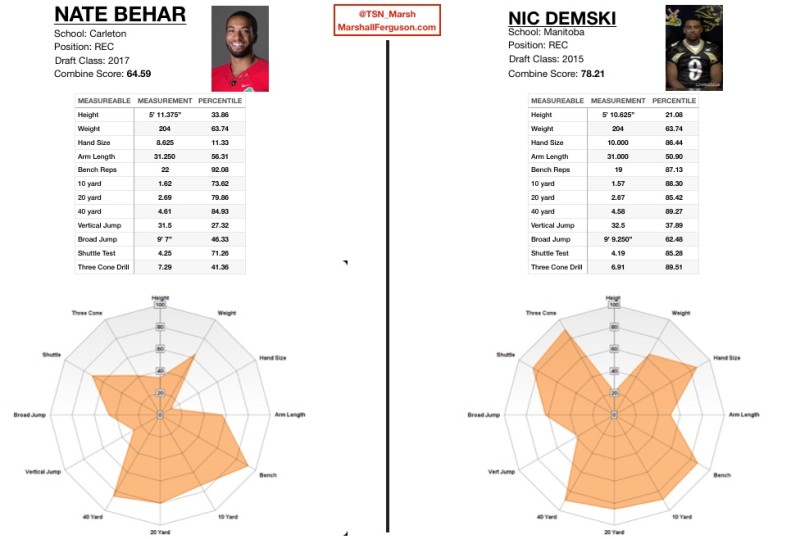