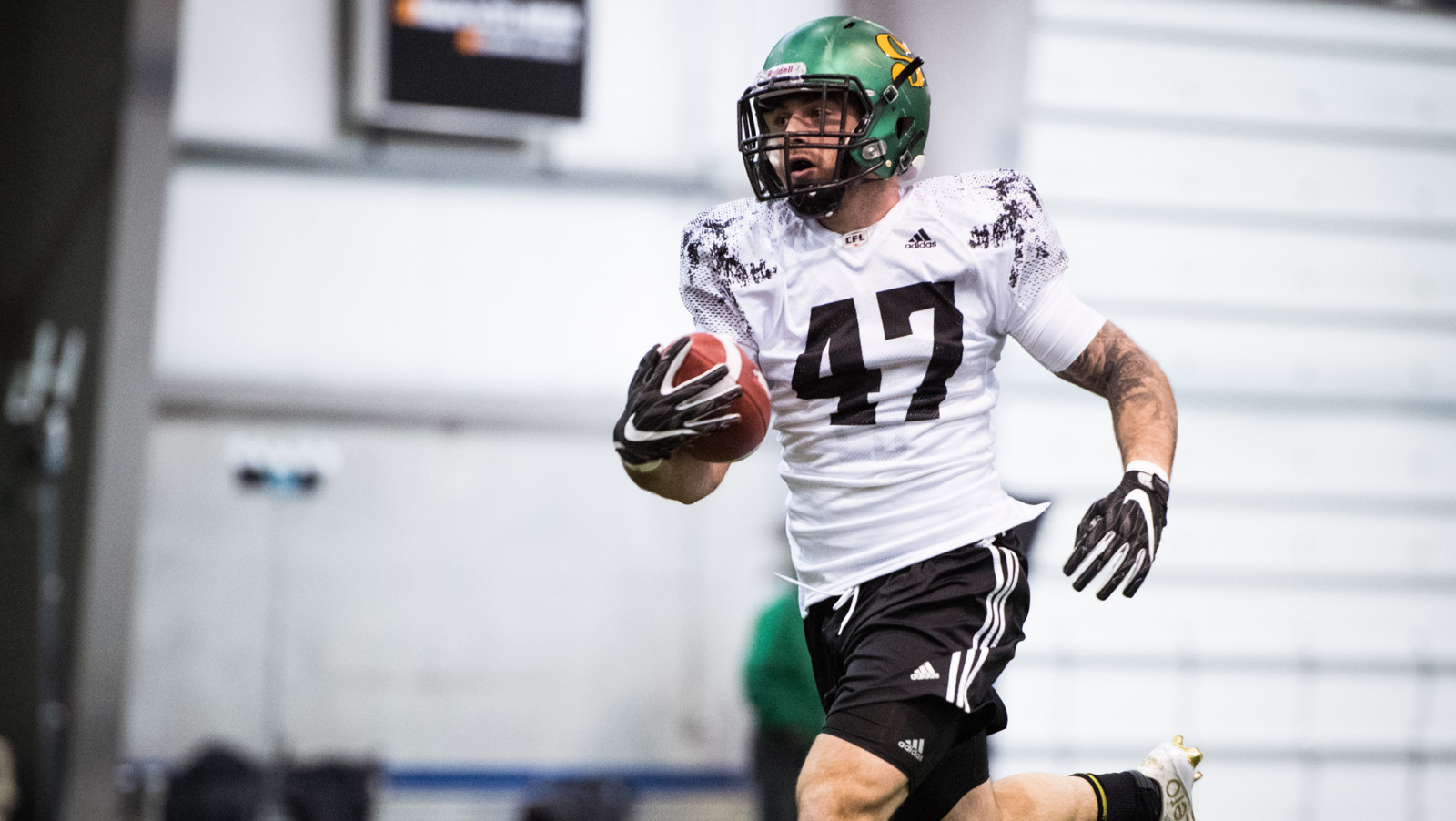 Alexandre Chevrier and Alexandre Gagné are hoping they can jump together from the Vert et Or to the Green and White.

The linebackers were teammates for four seasons with the University of Sherbrooke Vert et Or. This off-season, Gagné signed as an undrafted free agent with the Saskatchewan Roughriders just weeks before they selected Chevrier in the CFL draft.

The players’ routes to the CFL were different, but they converged in Saskatchewan.

“I’m happy with my path and I’m happy for him about his path,” said Gagné, a 25-year-old product of Saint-Hubert, Que. “We were worried about each other during this time, so I’m pretty happy for both of us.”

“I thought about myself first (after being drafted), but after a couple of minutes, I called Alex so we could talk about it,” added Chevrier, a 24-year-old from Pointe-Claire, Que., whom Saskatchewan selected in the seventh round (55th overall) of Sunday’s draft.

“I’m going there for me, myself and I first, but it’s a great thing that Alex is there, too.” 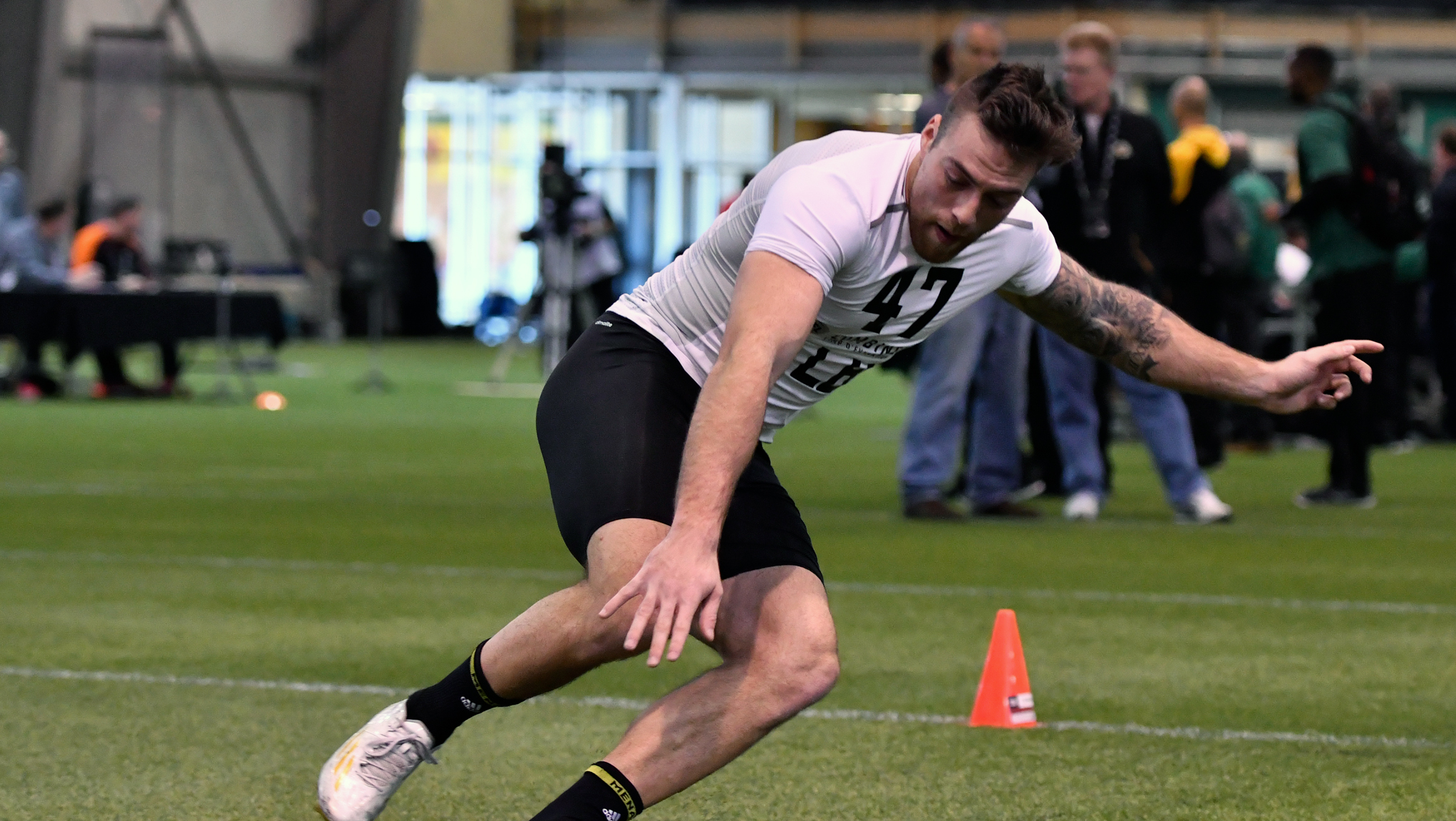 Chevrier participates in the 3-cone drill at the 2017 National Combine (Arthur Ward/CFL.ca)

The two Alexandres became good friends after Chevrier arrived at Sherbrooke four seasons ago. They spent plenty of time together in the film room and then pushed each other in practice.

They thought about rooming together last season, but Gagné couldn’t get out of arrangements he previously had made. The two linebackers could get another chance this season if they both earn a spot on the Roughriders’ roster.

“It’s a good thing,” Chevrier said of having a close friend around with whom to share the experience. “We’re good in English but not that good, so we can help each other.”

“He’s going to make it more like home,” noted Gagné who, like Chevrier, speaks English with a French accent. “He’s going to be someone I can talk to.

“When I was in Florida (at the Roughriders’ mini-camp), I communicated well with the other guys. I don’t think it’s going to be a problem for us to acclimate ourselves, but it’s always good to have someone you can relate to on the team.”

The 6-foot-1, 220-pound Gagné was eligible for the 2016 CFL draft, but he wasn’t selected. Last season — his fifth and final campaign with the Vert et Or — he recorded 34 solo tackles, 34 assists, two sacks, 6.5 tackles for losses, two fumble recoveries and one interception.

He subsequently was named an RSEQ all-star and a second-team U Sports All-Canadian.

Gagné was invited by the Roughriders to a tryout camp in Vero Beach, Fla., and he impressed enough during that event to earn a spot in their mini-camp.

He turned heads at that camp with his understanding of the Roughriders’ defence and with his long-snapping ability — skills that could earn him a roster spot as a reserve.

The 6-foot-0, 215-pound Chevrier had 24 solo tackles, 19 assists and one interception for Sherbrooke in 2016. He was invited to the CFL’s Eastern Regional Combine in March, and he performed well enough to be one of five players selected to attend the national combine in Regina.

There, Chevrier ran the 40-yard dash in 4.65 seconds — the fastest time among the seven linebacking prospects. He also had the best broad jump, was second in both the vertical jump and shuttle run, and was third in the bench press.

“He has incredible skills,” Gagné said. “He’s fast and he’s a fast learner. He’s a great athlete and I’m sure he’s going to show it in training camp.” 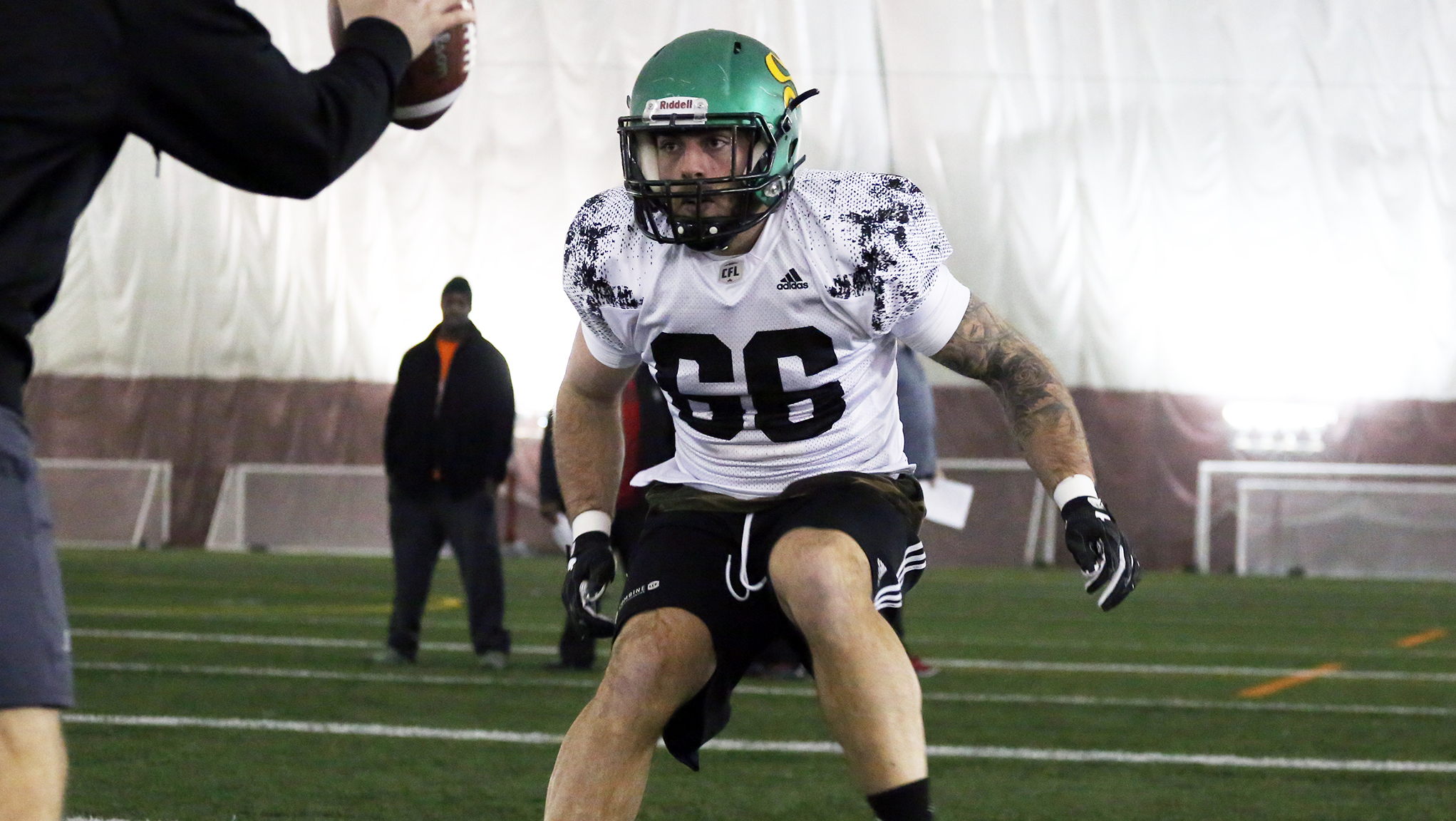 Chevrier performed well enough at the Eastern Regional Combine to get an invite to the National Combine in Regina (CFL.ca)

After the draft, Roughriders assistant vice-president of football operations and administration Jeremy O’Day said the team had Chevrier ranked as one of the top special-teams players in the draft.

If that’s what Chevrier must do to make the team, he’s more than willing to do it.

“I love playing special teams,” he said. “Special teams are a war. You have to run down the field as fast as you can and hit people — and I love doing that.”

Gagné also will have to perform on special teams if he’s to crack the roster. That’s an interesting career choice for someone who just wrote his last exam in pursuit of a master’s degree in finance, but Gagné won’t mind.

“My passion for football is a lot bigger than money,” he replied when asked why he didn’t want to put his degree to work immediately.

At Sherbrooke, Chevrier and Gagné had an invaluable resource at their disposal to discuss life in Saskatchewan and in the CFL.

Kevin Regimbald-Gagné, who spent three seasons on the Roughriders’ cover teams after being drafted out of Sherbrooke in 2012, is now the Vert et Or’s special-teams coordinator.

“He said (Saskatchewan) is the best place to play football,” Chevrier said. “I think so too, with the Rider Nation and with everything that’s going on in Saskatchewan.”