Alouettes lock up all 8 from 2017 draft class 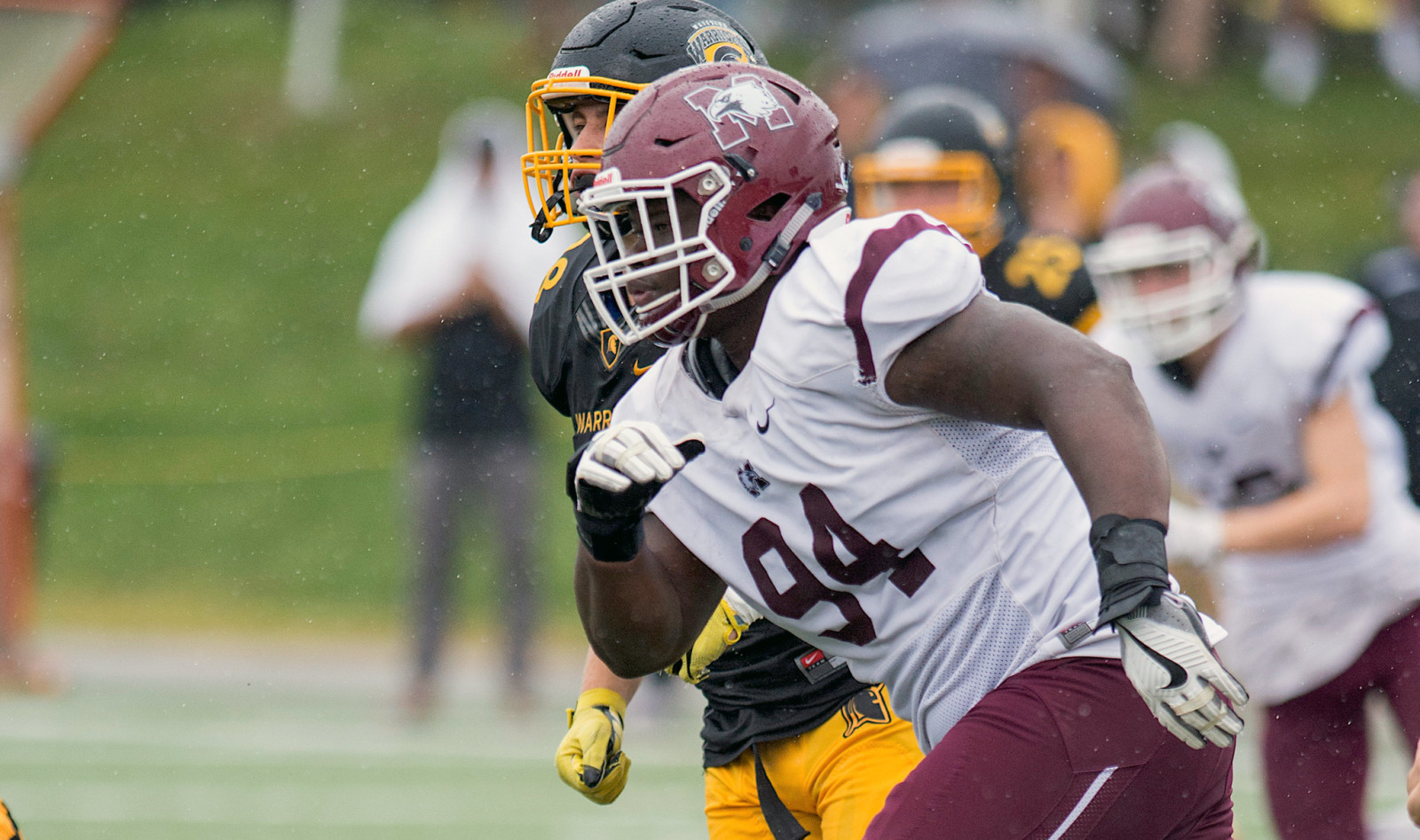 Alouettes lock up all 8 from 2017 draft class

MONTREAL — The Montreal Alouettes announced on Friday that the club has signed all eight players selected in this year’s CFL Draft to their first professional contracts.

All eight prospects will report to the team’s rookie camp on May 24 at Bishop’s University in Sherbrooke, Que.

Foote (6’02”, 285 lbs) lands in Montreal after a remarkable four-year collegiate career suiting up for 25 regular-season games for the McMaster University Marauders, recording 43 defensive tackles, 6.5 quarterback sacks and an impressive 13 tackles for losses. The North York, ON native was a key contributor to the 2014 McMaster playoff run when the team respectively won the Yates Cup and the Mitchell Bowl, before losing to the Université de Montréal Carabins in the Vanier Cup Championship game. Foote was invited along with the CIS standout players to attend the 2016 East-West Bowl game.

Wright (5’11”, 210 lbs.) was the Alouettes’ third round selection (20th overall). The Ajax, ON native played for the Henderson State University Reddies during the last two seasons, amassing 113 tackles in 24 games. He also knocked down eight passes, while recovering two fumbles. The versatile defensive back played for two seasons at the New Mexico Military Institute prior to joining the Reddies.

Morrison (6’4″, 220 lbs.), a receiver who played four seasons for the UBC Thunderbirds, lifting the Vanier Cup in 2015, was General Manager Kavis Reed’s fourth round selection (29th overall). In 26 games, the Sault Ste. Marie, ON native caught 50 passes for 817 yards. The versatile and explosive player also shined on special teams, finishing first in the country with 679 kickoff return yards on 30 returns. He was named a Canada West All-Star.

Annen (6’3″, 295 lbs.) was picked in the fifth round (39th overall) out of Carleton University. The Alouettes had previously acquired this draft pick in the Denzell Perine and Cierre Wood trade with the Hamilton Tiger-Cats. The offensive lineman played his first two seasons on the Ravens defensive line before moving to the other side of the trenches, as he was a starter at the centre position for the following two seasons. He played 29 regular-season games for Carleton.

Carter (6’6″, 215 lbs.) was the second Raven picked by Montreal in this draft class. The team secured this sure-handed and athletic receiver with the first of two six round picks (45th overall). He played three seasons with Carleton before joining the Ottawa Sooners of the Ontario Junior Football League, where he caught 29 passes for 537 yards and nine touchdowns in only seven games.

Radford (6’3″, 200 lbs.) was the team’s second selection in the sixth round (48th overall). Last year, the University of Calgary receiver led the conference for kickoff and punt returns. He also played on defence.

Cranston (6’03”, 205 lbs.) was the seventh round pick (56th overall). The big-bodied defensive back totaled 129 defensive tackles in 30 outings throughout the four seasons he suited up for the University of Ottawa Gee-Gees. Cranston also made two interceptions, in addition to forcing one fumble and recovering one.

Touré (6’04” 250 lbs.) was selected by the Alouettes in the eighth round (65th overall). The Montreal native and Sherbrooke University product caught 31 passes good for 491 receiving yards in 24 outings. The 23-year-old was invited to the 2016 East-West Bowl, following his best career-season.