Landry: 5 takeaways from the first week of pre-season 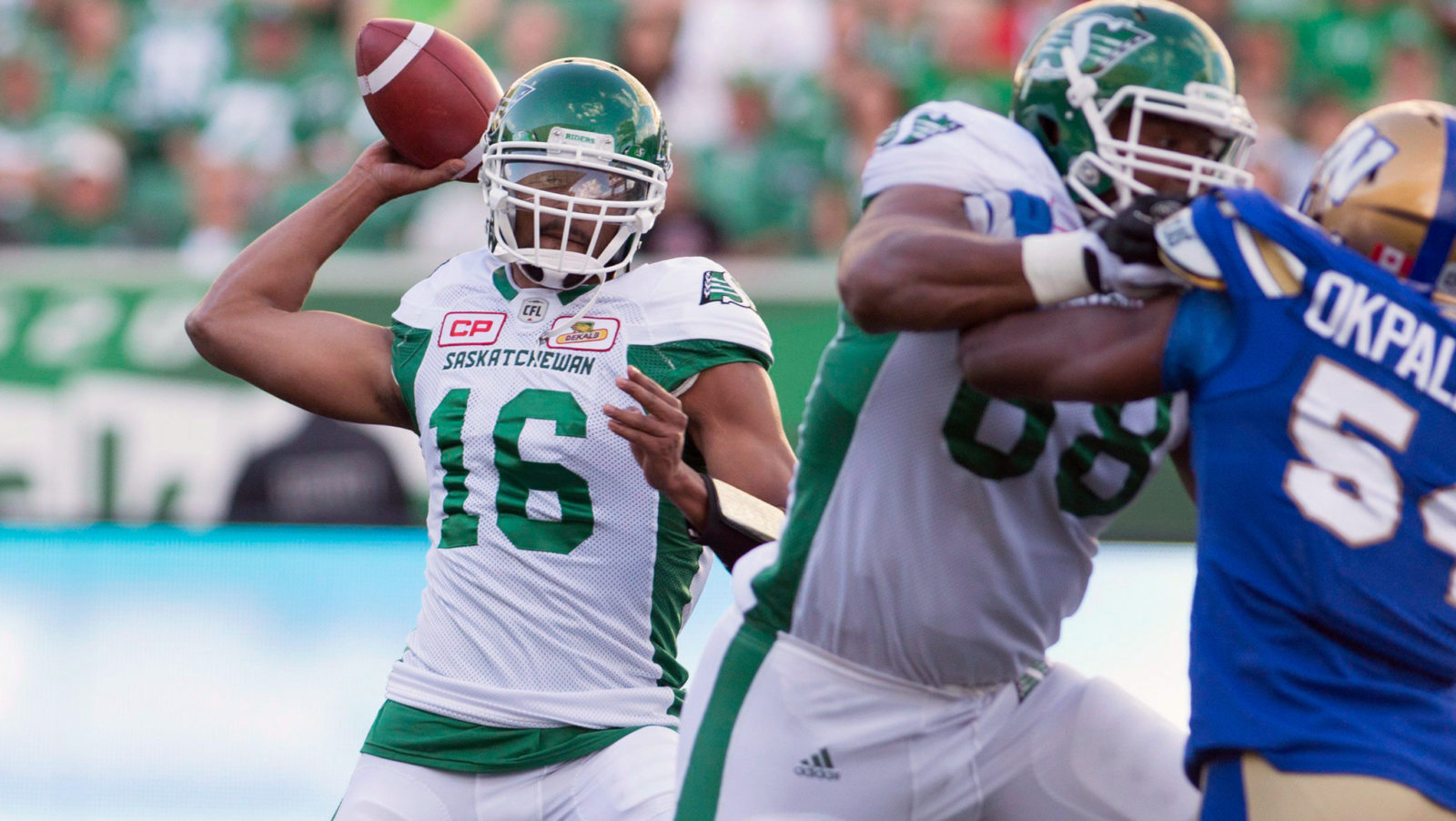 Landry: 5 takeaways from the first week of pre-season

The Edmonton Eskimos have a linebacker named Terrance Bullitt on their roster. Bullitt! Too bad he didn’t play his college ball at Western.

For those of you too young to get that reference, “Bullitt” is the name of one of the greatest action movies of all-time, with the grand-daddy of all car chase scenes in it, one that made a particular sports car an indelible cultural icon. You think Vin Diesel is cool? Pffft. Steve McQueen in Bullitt makes Vin Diesel look like a background extra in a chess club episode of Big Bang Theory.

Deep down in the Edmonton quarterback depth chart lies an incredible natural resource just waiting to be tapped for the good of all mankind: Zach Kline’s exuberance. The rookie quarterback came on in the fourth quarter of Sunday night’s thriller (you don’t really get to say that about a pre-season game very often do you?) and on his very first read in a CFL game, saw a wide open D’haquille Williams down the right side.

He let it fly and boom, Edmonton had a 75 yard touchdown play:

The isolation camera shot on Kline was fantastic as we got to watch the 23-year-old native of Danville, Calif. take off on a sprint, right arm thrust into the air most of the way, hand balled up in a fist. Then, looking for anyone – everyone, actually – to celebrate with. Moments later, on the sideline, he was still whooping it up like he was 10 years old and had actually really, really gotten a Red Ryder BB gun for Christmas. Gotta love moments like that.

Note to the Eskies: Next home game, hook up one of the sideline bikes to the stadium lights and turn Kline loose. I’ve a hunch he could save you oodles on your electricity bill. Of course, there IS the chance he could pop a few bulbs.

The third-year quarterback from Mississauga, Ont., looked very good against Winnipeg on Saturday night, propelling himself into serious conversation about who ought to start the season as Saskatchewan’s back-up man behind Kevin Glenn. Bridge may have been lost a wee bit in the shuffle with the comeback of Vince Young and the surge of Bryan Bennett dominating the talk at Roughriders’ camp.

Bridge looked cool as a hollowed out watermelon – I’m assuming that’s why they’re worn, for the coolness on a hot prairie afternoon – against the Blue Bombers, going 20 for 26 for 201 yards and a touchdown. Bridge did most everything right and displayed a terrific release as he zipped a missile into Duron Carter for a touchdown strike. Air Canada flight 16 is revving its engines on the tarmac.

3. WHAT DO YOU CALL A GROUP OF REDBLACKS? A PARLIAMENT, OF COURSE.

Talk about a great place for a team meeting! #RNation pic.twitter.com/rvAlSPA5vn

Rick Campbell’s squad eked out a one-point win over Hamilton on Thursday night and the coach rewarded his team with a field trip to the House of Commons, where they apparently held a quick team meeting. Fuddle Huddle, I call it. Or, Huddle Duddle if you prefer.

I understand that while they were there, the team installed a couple of new plays for Thursday’s game against Montreal and passed Bill C-1127, which will see the red bands on Canada’s flag changed to red and black plaid, allow the team to practise inside Rideau Hall during inclement weather and declare the end zones they defend to be national nature preserves, trespassers being subject to fine and/or imprisonment. It’s a bit of an omnibus bill and the REDBLACKS are being roundly criticized for that. As they should.

4. MAYBE YOU SHOULDN’T HAVE COUNTED BORIS BEDE OUT 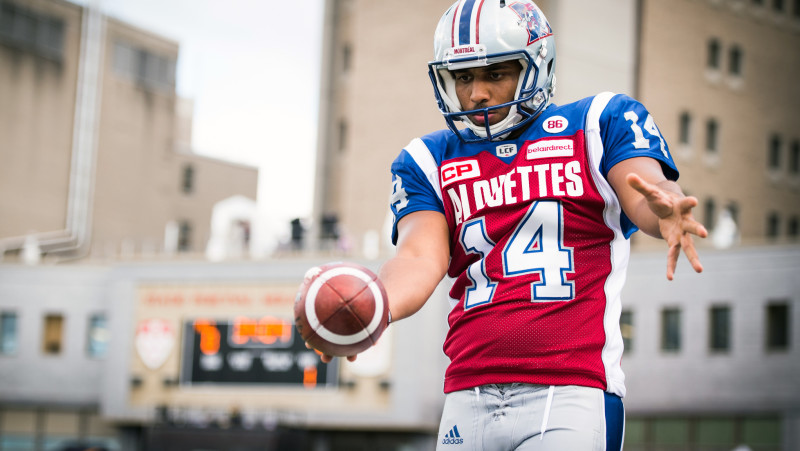 Alouettes kicker Boris Bede is looking for a bounce back season in 2017 (Johany Jutras/CFL.ca)

The Montreal kicker and punter, who had a mostly miserable 2016 season, may have found the root of what was ailing him. Against the Argos on Thursday night, Bede was a perfect 4-for-4 in field goal attempts, his longest from 48 yards. He also strong-legged the pigskin by way of punts (averaging 44.4 yards, better than his career average) and kick-offs (64.5 yards).

Bede went a miserable 11-of-21 on field goals last season, including the 7-of-16 start that saw him lose his job in August. When granted a reprieve in October, Bede did come back looking a little better, but the sample size was small. Thursday’s performance in Toronto may be a signal that he’s returned to the form of 2015, when he went 36-of-40.

5. THE FIRST PRE-SEASON GAME GIVES FANS OF EVERY TEAM A “HEY, WHO’S THAT GUY?” MOMENT

Let’s travel from East to West and highlight a guy like that from each franchise. These are really nine mini-takeaways among the fifth takeaway, so… memo to CFL.ca head office: I’ll be billing for overtime even though, as we all know, there is no overtime in pre-season.

Montreal: George Johnson. The lanky receiver from London, Ontario, caught a touchdown pass and then capped it with a terrific grab on the ensuing two point convert.

Ottawa: Sherrod Baltimore. The defensive back from Maine had five tackles, two of them on special teams. And he had an interception that was called back due to a penalty on some other guy.

Toronto: Jimmy Ralph. The Alberta-born receiver gathered in four receptions for 54 yards, including a splendid diving grab on a bomb and another nifty, ground-level catch for a touchdown.

Winnipeg: Félix Ménard-Brière. The former Montreal Carabins kicker did miss a 44-yard field goal attempt. But that miss was highlighted by him chasing down the returner from behind to stop a touchdown. He also nailed two converts and averaged more than 64 yards on four kick-offs.

Saskatchewan: Returner Quincy Walden. The running back out of Bethel University averaged 24.5 yards on two kick returns and hauled back that missed Winnipeg field goal 87 yards. Yes, he got caught by a kicker but I’m told that might say more about Ménard-Brière than Walden.

Calgary: Receiver Reggie Begelton. The Texas native reeled in five catches for 88 yards against the BC Lions, one of them for a touchdown.
Of his yardage total, more than half came after the catch.

Edmonton: Kent London. The defensive back from California, signed just last week, picked off a pass and earned high marks for run defence support. When the camera caught him on the sideline, he said “Let ’em know you’re here.” He did that.

BC: Linebacker Micah Awe, born in Nigeria and university trained at Texas Tech, got an edge in the “Who Replaces Adam Bighill” competition with four tackles, one of them on special teams.

Mike Reilly’s suit of armour gets polished a bit more. Switching from 13 to zero for a game to honour Larry Highbaugh? Classy.