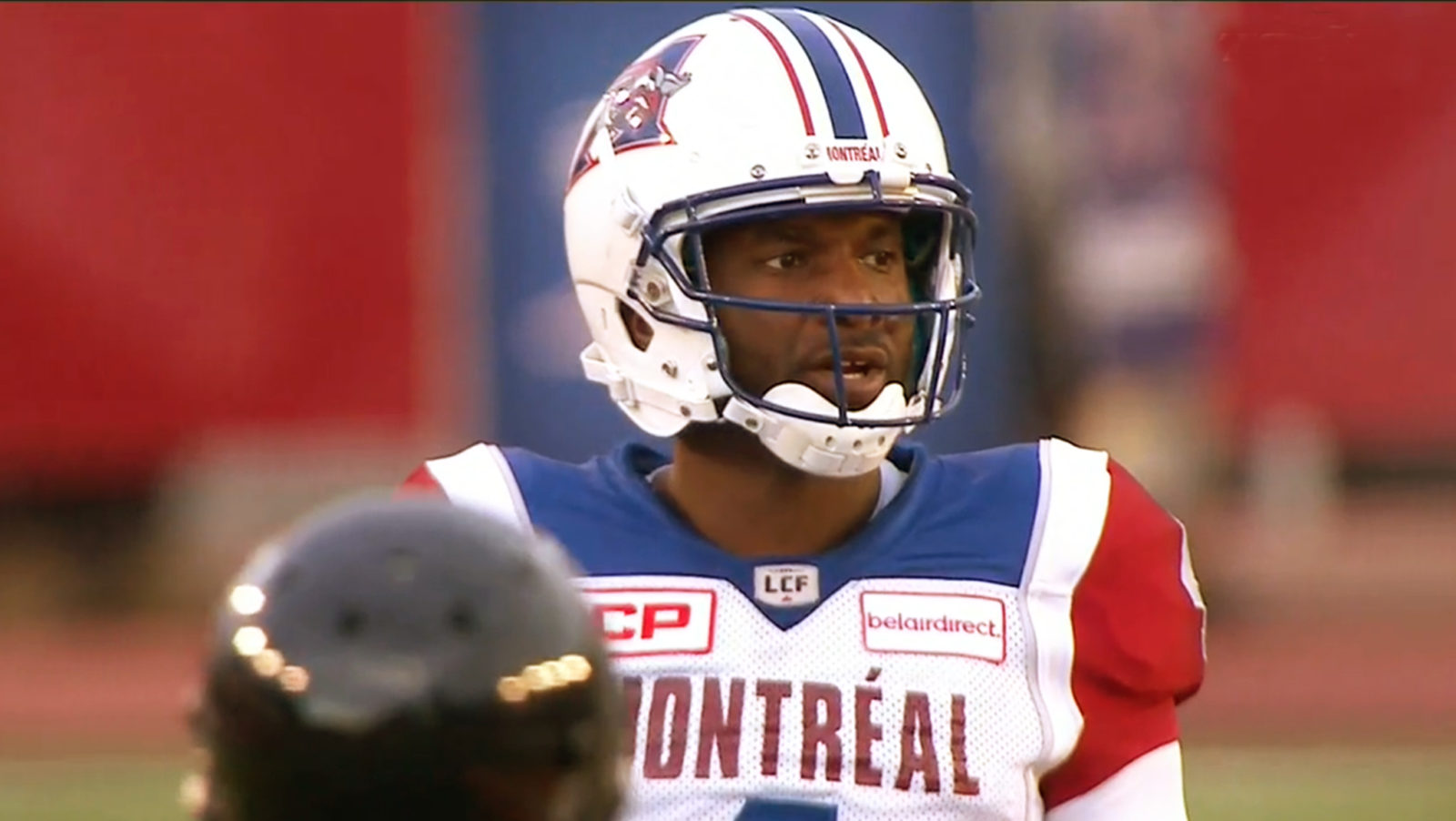 MONTREAL — After a training camp stalled by injury and a pre-season opener whereby he did not dress, quarterback Darian Durant showed very little in the way of rust when he made his debut with the Montreal Alouettes Thursday night.

“The main thing we wanted to do was move the ball”, Durant told TSN’s John Lu at halftime.  “When you move the ball, points will come”

After a stalled drive to start the game off a turnover, Durant settled in with back-to-back touchdown drives.

Scrimmaging from just inside his 40-yard line on his second possession of the game, Durant completed a pair of passes before dropping a near-perfect pass to WR Tiquan Underwood on a corner route to finish a 4-play, 47-yard drive with a 28-yard touchdown.

Durant padded the first quarter lead with a prompt score on his next drive.  After RB Tyrell Sutton scampered 35 yards, Durant through a ball up for third-year receiver B.J. Cunningham who climbed the ladder and came down with the toss.  He then headed up field and turned the play into a 55-yard touchdown. A two point conversion failed but the score allowed the Als to take a 16-0 lead into the second quarter.

With a quarter of football under his belt, now Durant’s focus shifts to next Thursday – a game where he will meet his former mates in Saskathewan as the Rouhriders come to Montreal to kickoff the 2017 CFL regular season.