Cauz: Am I crazy to think that… 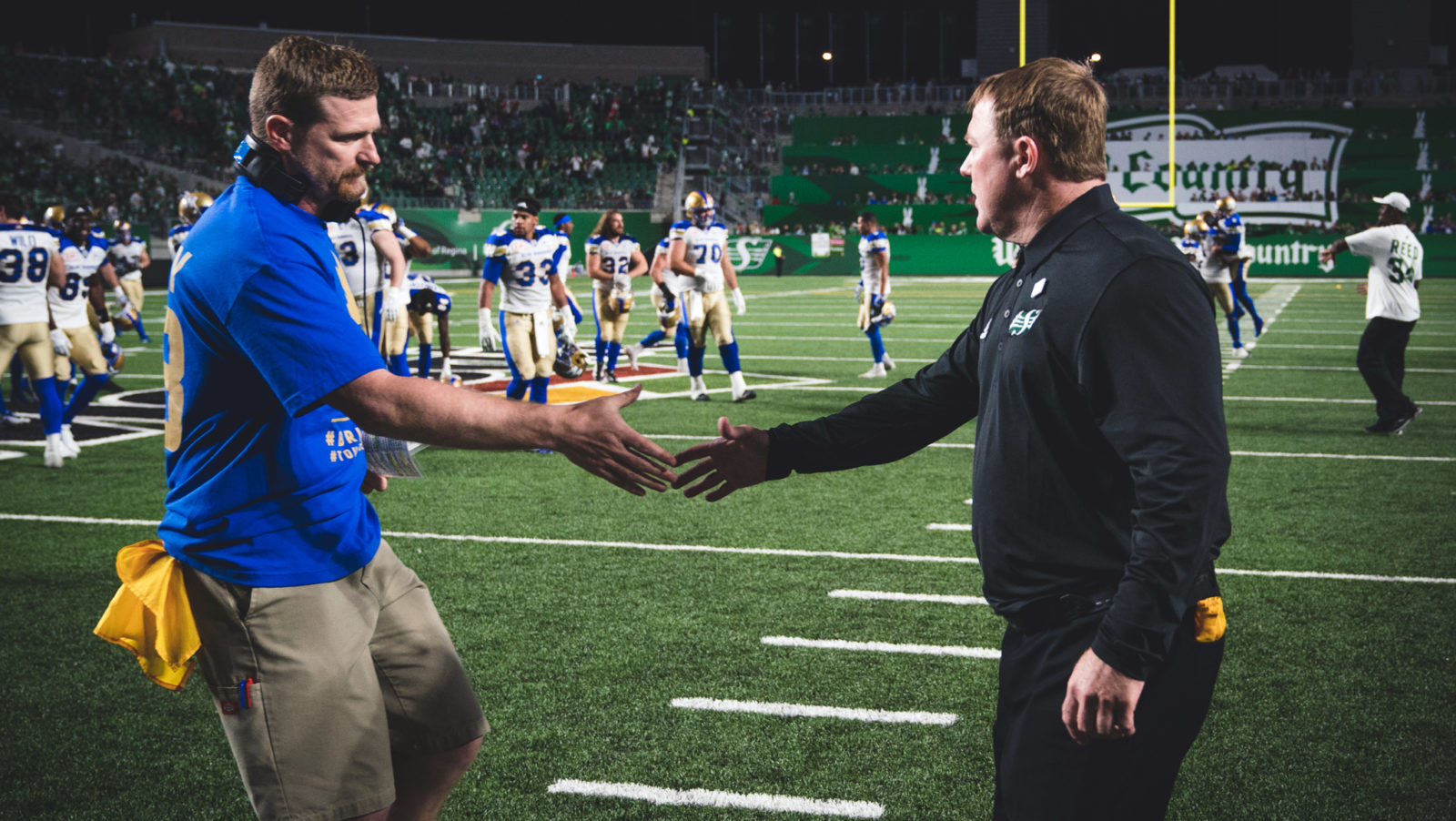 Cauz: Am I crazy to think that…

Let me get this out on the front end: After two weeks of the season, we haven’t really learned very much. How could we? It would be foolhardy and reactionary to make any grand proclamations about what is to come in 2017 after a mere eight games.

But as I sit at my cottage recovering from the Canada Day long weekend, I can’t help but draw some noteworthy takes from such a small sample size. So I’m going throw some “am I crazy” thoughts by you.

Please take them with a grain of salt, as long as that salt isn’t soon followed with a quick inhaling of bad Tequila in yet another (at this point very belated) toast to Canada’s 150th birthday.

RELATED:
» The Long Read: Why Canada is my adopted home
» MMQB: The perfect Canadian football showcase
» Landry’s 5 takeaways from Week 2 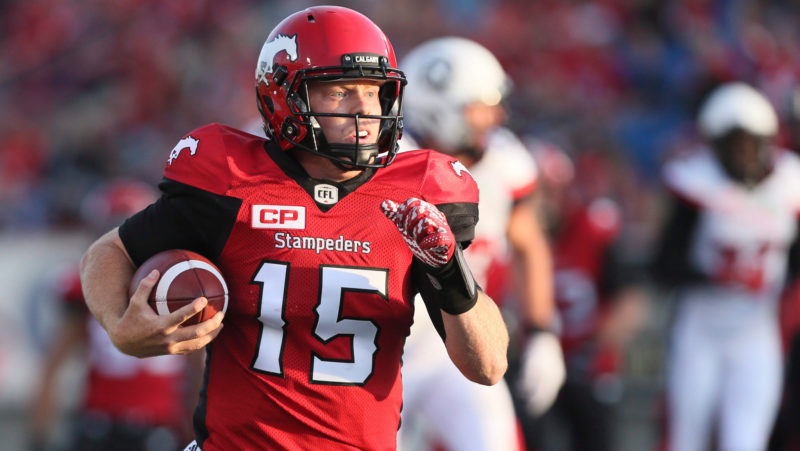 After an 0-2 start, am I crazy to think that Chris Jones is going to be feeling some heat going into Week 3 against Hamilton?

This is what happens after you spend 20 minutes reading the comments section of Rod Pedersen’s recap of Saskatchewan’s 43-40 double-OT loss to Winnipeg. The optimist could rightfully view the start of the season and point out that Saskatchewan could be 2-0 if Tyler Crapigna had made a couple kicks or at the very least 1-1 if not for Jamaal Westerman’s game saving tackle on Cameron Marshall. Instead, they’re 0-2 and Jones’s record in Regina falls to 5-16 as the Roughriders head coach.

The team has been plagued with multiple defensive breakdowns in the secondary, turnovers and just some bad luck. On the personnel side, the decision to release Weston Dressler (Over 1,000 yards last season and embarrassed Saskatchewan’s secondary last week to the tune of 124 yards and two touchdowns) and John Chick (15 sacks in 19 games with Hamilton) is not exactly paying dividends for Jones and his coaching staff.

A home loss to a Hamilton team that looked lost during a Week 1 loss to Toronto would be a disaster for Jones but at least would provide a great deal of entertainment for anyone reading the Riders message boards. Viva la RODSERVATIONS!

Am I crazy to think that Matt Nichols is close to getting rid of the “game manager” label?

Am I just trying to appease Bombers fans for all the times I used the word “regression” to discuss the team’s chances in 2017? Maybe. What impressed me the most from Nichols in Winnipeg’s playoff loss to the Lions was his willingness to attack the Lions secondary deep and the success he had in that game. No longer was he playing it safe and constantly checking down. Sure, that looks great for the completion percentage, but the top quarterbacks are the ones who can beat you deep instead of constantly relying on his receivers to break tackles and rack up yards after contact.

Against Saskatchewan you saw Nichols huck it deep with a high level of success. His first touchdown pass to Darvin Adams, the ball was in the air for 30 yards. Same thing for the massive Dressler touchdown. And finally, on his fourth touchdown pass, this time to L’Damian Washington, the ball again went deep, travelling 35 yards through the air.

Yes, all good quarterbacks know when to play it safe and take what the defence is giving you. But the great ones know when to let it rip.

Am I crazy to think that the 2017 season is going to be the most entertaining season in ages?

Yes I know this sounds like a CFL infomercial but just look at how close every game not involving the Toronto Argonauts has been. In Week 1 there were only four points separating six teams in three games with the lone exception being Toronto winning by 17. Last week saw three out of four games decided by a total of 11 points with, again, the lone exception being Toronto, who lost by 13 points. That’s six out of eight games being decided by less than one score!

In comparison, last year at this same time we only had one game decided by fewer than eight points (The BC Lions beat Calgary 20-18). You can honestly say that only the Lions/Argonauts game was a dud and at least that contest was close until the Lions pulled away in the final six minutes.

As long as we can have relative health at the quarterback position then we should see plenty more weeks like this going forward.

Am I crazy to think Ottawa is the best “winless” team in the league? 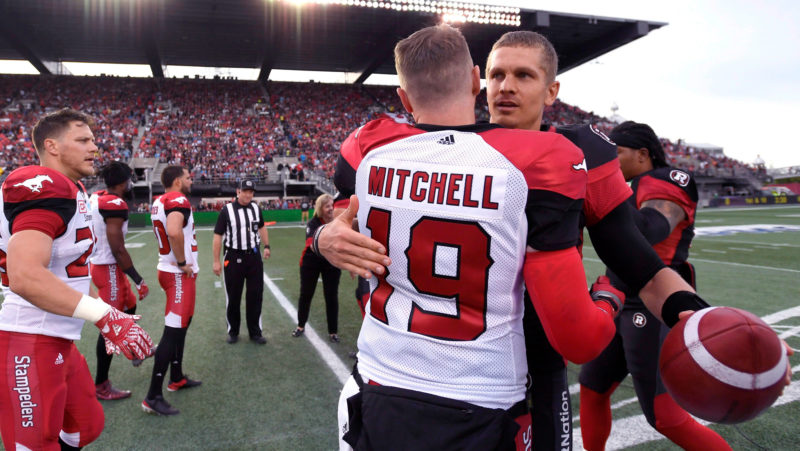 They have played the league’s best team in 2016 to a relative draw and they won’t have to see Calgary again on their schedule in 2017. The Ottawa REDBLACKS have also generated more yards than any team against the No. 1 rated defence in 2016 and not one of those yards would you consider garbage time yards.

They are second in offensive points scored and have generated more big plays than any other team. Now just imagine what they will do when they don’t have to face the Stampeders and if they can turn around their negative turnover ratio?