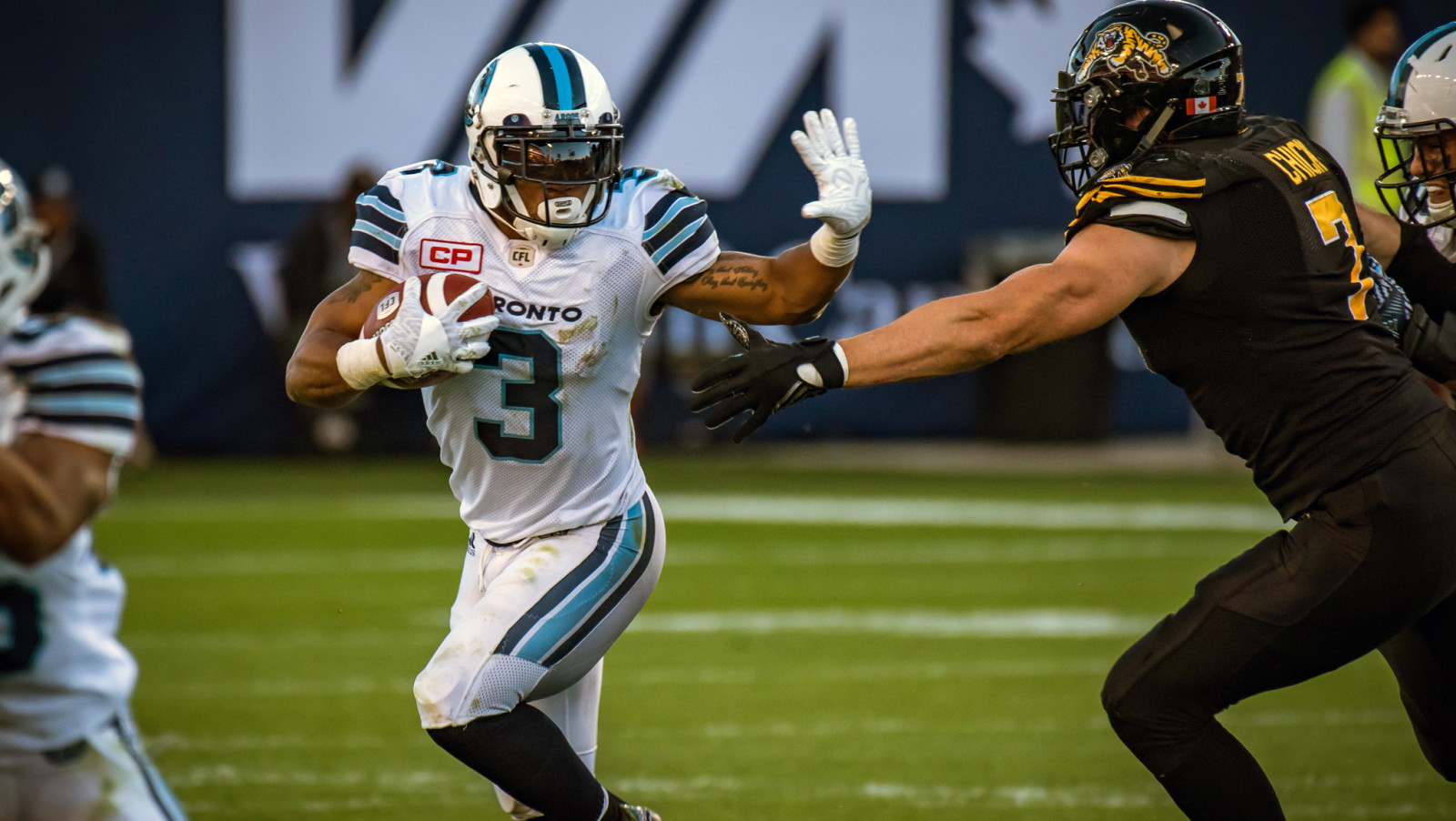 TORONTO — Toronto Argonauts running back Brandon Whitaker has been placed on the six-game injured list, according to Justin Dunk of 3 Down Nation.

Whitaker was sidelined for Monday night’s 27-24 win over the REDBLACKS after being placed on the one-game following a Week 4 loss to Winnipeg.

The move likely leads to more playing time for James Wilder Jr., who rushed seven times for 36 yards while catching six passes for 39 more in Monday’s contest at BMO Field. The 25-year-old, who’s in his first season in the CFL, has 102 yards this season (4.86 yards per carry) to go with 74 receiving yards.

Whitaker, 31, is coming off a career season for the Argos after rushing for 1,009 yards in 2016 while adding 549 receiving yards. This season, however, he’s had trouble getting as involved, entering Week 6 play with 66 rushing yards on 22 carries and a 3.0 yards per carry average.

The East Division-leading Argos are back in action on Saturday, when they visit the Saskatchewan Roughriders and the new Mosaic Stadium.