The year of the milestone continues. In week 6, while having a career year, Ricky Ray became the Argos All-Time leader in Passing Yards.

But not only did he take the #1 spot, he also got some respect from newest member of the All-Time Argonauts club, none other than Doug Flutie who commented on the Argos Instagram, “Congrats Ricky! A true pro in every way”.  Some real daps from one GOAT to another. 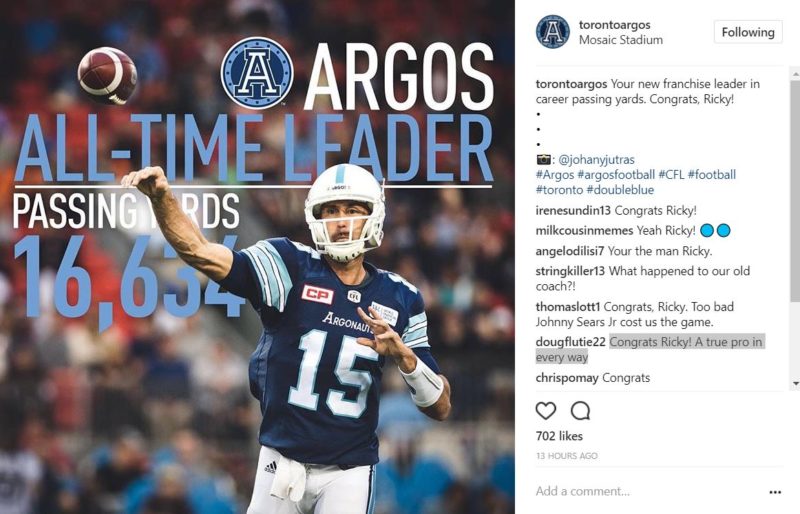 A veteran of 15 CFL seasons, Ray has now spent the last six seasons with the Double Blue. During that time Ray has gone 1,438-of-2,020 passing for 16,634 yards and 95 touchdowns. Ray also became the club’s all-time leader in passing attempts in the first quarter passing Holloway’s record of 1,988 attempts.