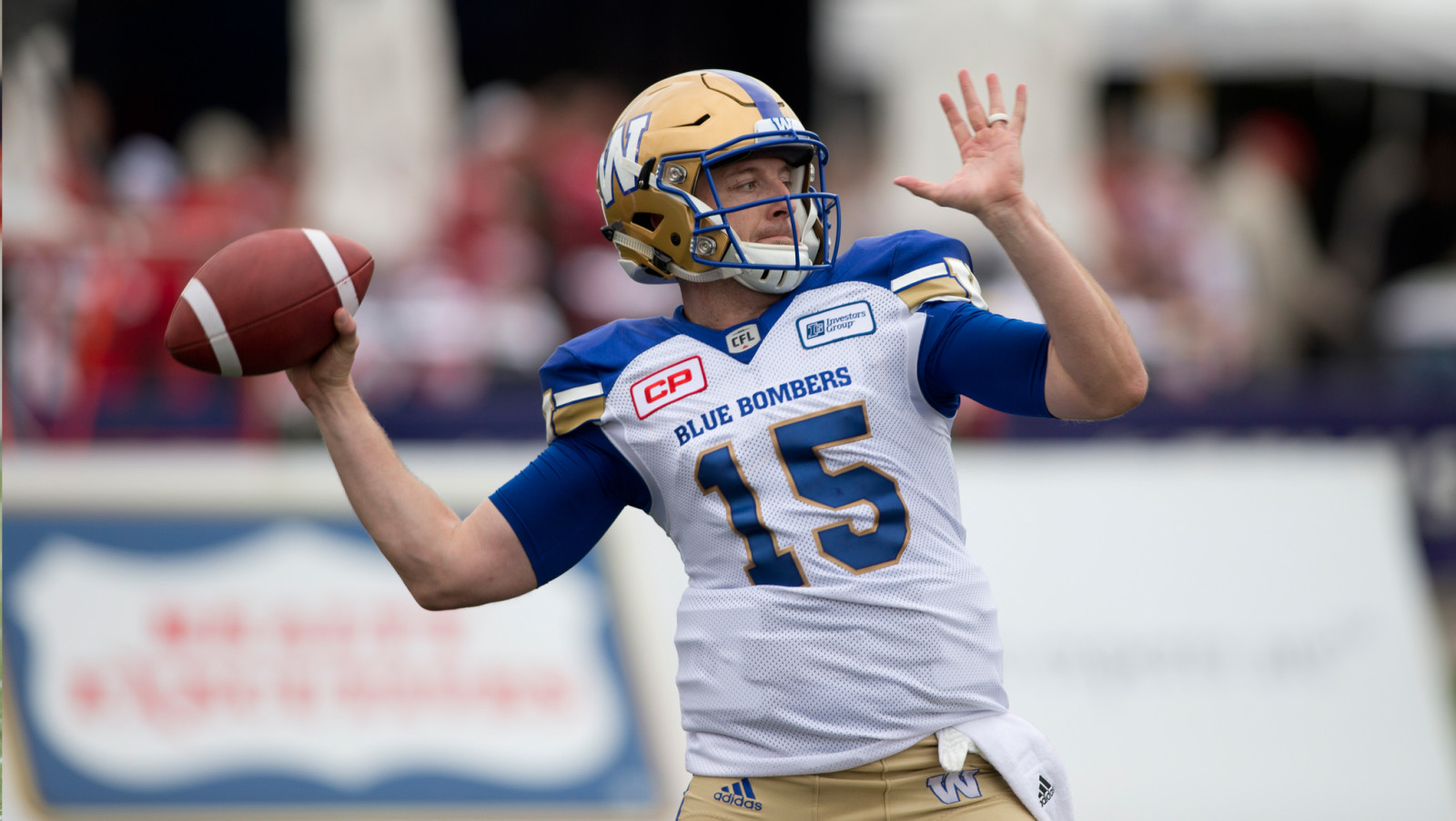 TORONTO — The favourites continued to dominate in Week 8 until the Riders flipped the script on Sunday night.

Only 29 per cent of fans took the home underdogs in that game but the Green and White made no mistake about who would win, earning a 41-8 victory and breaking many CFL Pick ‘Em winning streaks in the process.

With the heaviest favourite checking in at 79 per cent, (the Ottawa REDBLACKS over the Hamilton Tiger-Cats), nothing will come easy in Week 9. 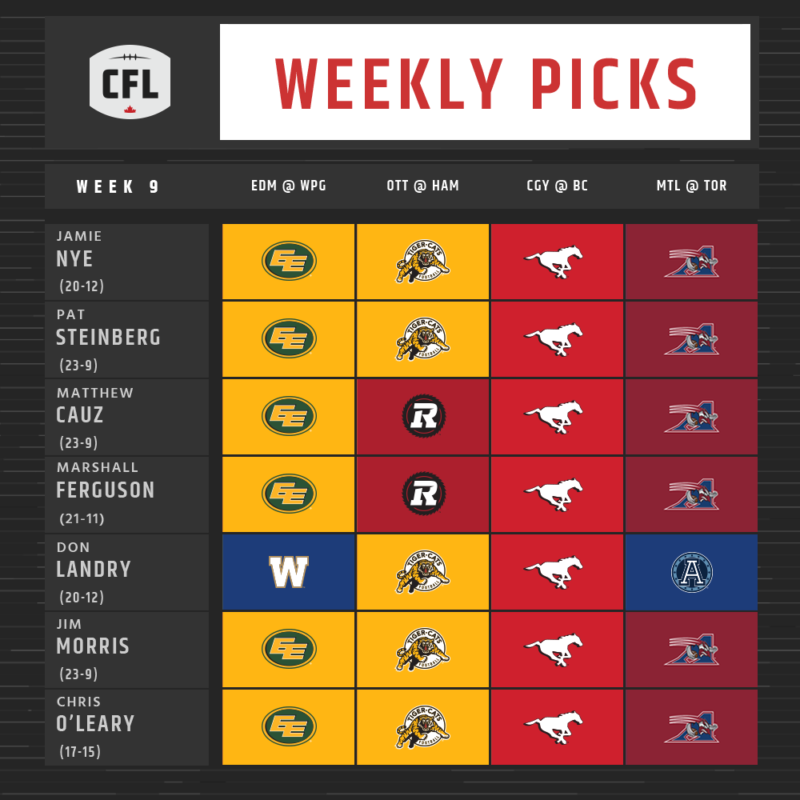 It’s the student vs. the master in Winnipeg as Mike Reilly takes on his former apprentice in Matt Nichols. The latter has gone 15-5 as a starter since being traded to Winnipeg while Reilly, thanks to his team’s 7-0 start, leads the mid-season conversation for Most Outstanding Player.

Expect plenty of points when the CFL’s second- and third-highest scoring teams meet on Thursday night in Winnipeg as the Bombers hope some home cooking can help them deliver the Eskimos their first loss of 2017.

Only three points separate the REDBLACKS and Ticats in their division, although Friday’s Tim Hortons Field tilt is not quite the battle for first that fans were expecting to see at this time of year. That doesn’t make it any less important as both clubs need a victory to get back in the race for a playoff spot in the hotly-contended East.

Kenny Shaw looks to boost a REDBLACKS offence that’s failed to go over 300 passing yards in three straight games while Zach Collaros aims to break out of an early-season slump that’s seen his team drop seven straight games to open the season.

Don’t assume time has washed away any bad blood between the BC Lions and Calgary Stampeders. It’s been nine months since the rival clubs met in the Western Final but a one-sided defeat last November is sure to have Wally Buono’s club more inspired than usual for Friday’s grudge match.

Considered at the beginning of the season the two best teams in the CFL, the Lions and Stamps could alter the entire West Division landscape in Week 9 as only a single point separates second from fourth place in the West.

A Ray of hope comes at exactly the right time for the Argos. Yes, Ricky Ray appears to have the green light for the Double Blue and his return is just what the doctor ordered after Cody Fajardo and Jeff Mathews led the Argos to only nine points while failing to find the end zone in Week 8.

The East Division hangs in the balance on Saturday afternoon at BMO with heated rivals meeting for the second straight week in hopes of a late-summer edge in the standings.