Mike O’Shea has always been up front with this: He is a proud Canadian, thrilled to have represented homegrown players during his hall-of-fame career, and the kind of patriot whose spine still stiffens when he hears the first few notes of ‘O Canada.’

It’s also why the Winnipeg Blue Bombers head coach is so keen on being part of the club’s Military Appreciation Night Thursday against the Edmonton Eskimos and will wear a HMCS St. John’s ball hat as part of the salute.

But O’Shea’s appreciation of those who serve and protect goes deeper. His father, Michael, served with the Royal Air Force as a navigator-bombardier in a de Havilland Mosquito during World War II and emigrated to Canada after the conflict.

“That’s him right there in front of the plane,” began O’Shea, pointing to a photo on a shelf opposite his desk in his office. “It was called ‘Lady X’… really creative, eh? The pilot is the big-eared guy and my dad is the short little dark-haired guy.

“The Mosquito was a two-man plane… it was one of the safer planes in the war that flew higher and faster than every German fighter except near the end of the war when the Germans started flying jets.

“It was basically untouchable and it carried a big payload for the size of the plane.” 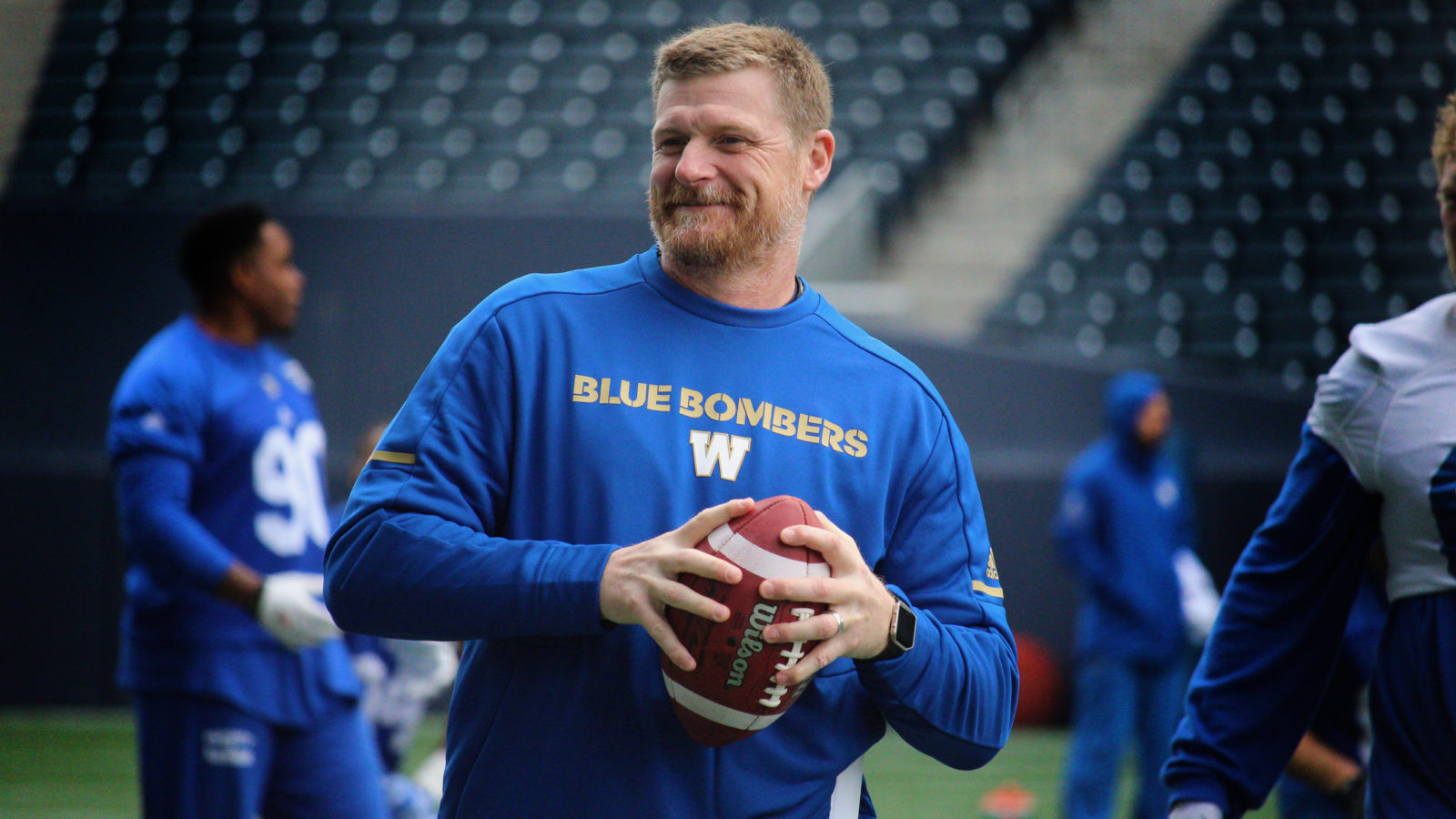 The pride in O’Shea’s voice in recalling his father’s service to his country is palpable ‑ and with good reason. His maternal grandfather was overseas serving as a radio-tech serviceman in Newfoundland and his grandfather fought and survived World War I as a member of the British infantry.

“My dad didn’t talk a lot about the war, but if you asked sometimes he’d tell some stories,” said O’Shea. “He came to this country before I was born, but his pride in Canada was obvious. People that serve, without even talking about it, just exhibit a certain amount of pride for their country. It’s why they serve and it’s one of those things that resonates with me.

“When these men and women sign up, they understand the sacrifice they are making could be great, greater than most are willing to give for their country. There’s something about that that really draws me to them.”

O’Shea will wear the HMCS St. John’s hat after it was given to him, indirectly, by Captain Gillis. In April, 28 players and staffers from all nine teams across the Canadian Football League – including Bombers players Matthias Goossen and Travis Bond – visited Canadian troops in France and the Ukraine. Included in that visit was a stop on the HMCS St. John’s, while anchored at the military port of Toulon.

The Bombers have had a long association with the military and it includes the remarkable story of Jeff Nicklin who starred for the Bombers before leading paratroopers into battle during World War II and dying on the battlefield in 1945.

Thursday’s Military Appreciation Night offers the chance for fans to show their support to the men and women who serve our country. The evening will include over 450 members of the Canadian Armed Forces in attendance, while Team Canada Invictus Games veterans will hold the Canadian flag during the anthem, and military families will be honoured as the Community Heroes and the Family of the Game prior to kick-off.

As well, Thursday night’s game will feature a double fly past from CF-18 aircrafts after the national anthem and just before kickoff.

“The history of the military in this city is fascinating,” said O’Shea. “Every time I drive by Valour Road (renamed in 1925 from Pine Street in honour of the three young men from the same block, Corporal Leo Clarke, Sergeant-Major Frederick William Hall and Lieutenant Robert Shankland who eached received the Victoria Cross in World War I) … there’s something about it that sticks with me. And the rink where the St. Vital Victorias play out of (St. Vital Centennial Arena) honours the Victoria Cross winners, and to have the hockey team named in their honour. It’s all around you.

“We can’t thank those who serve enough.”