Marshall out; LaFrance to make first start in Banjo Bowl 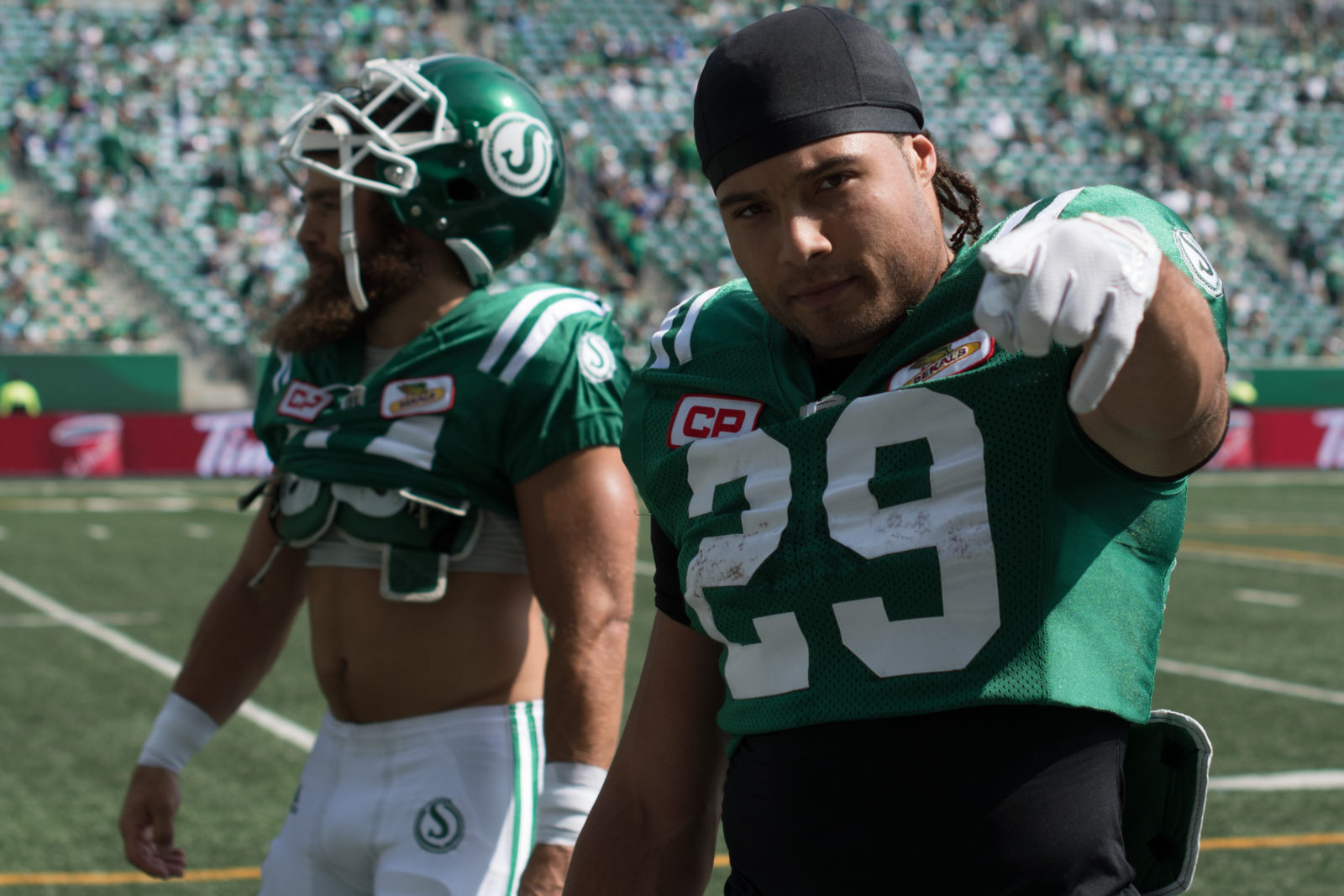 Marshall out; LaFrance to make first start in Banjo Bowl

REGINA — Running back Cameron Marshall has been ruled out of the Riders’ lineup for Saturday’s Banjo Bowl, opening the door for national running back Kienan LaFrance to make his first start as a Saskatchewan Roughrider.

LaFrance, a 26-year-old national out of the University of Winnipeg, joined the Riders in the off-season but was sidelined the first month of the season. The Winnipeg native has 59 rushing yards on 14 carries in Green and White.

“You saw last year [what LaFrance can do] when he was given his opportunities,” said Riders head coach Chris Jones. “Unfortunately during camp he got injured and Cam came in and played extremely good football. So [LaFrance] got behind the eight-ball as far as the tailback position but now Cam is down and it’s next man up mentality and it’s his opportunity.”

Canadian returner/receiver Nic Demski has also been ruled out of Saturday’s annual grudge match, as the Riders and Bombers square off for the third and final time this season.

Marshall, originally a Winnipeg Blue Bomber before venturing south of the border, was enjoying a standout season in his return to the CFL, recording 490 rushing yards and 278 receiving yards in nine contests, including 56 yards and a touchdown on only six carries on Sunday. 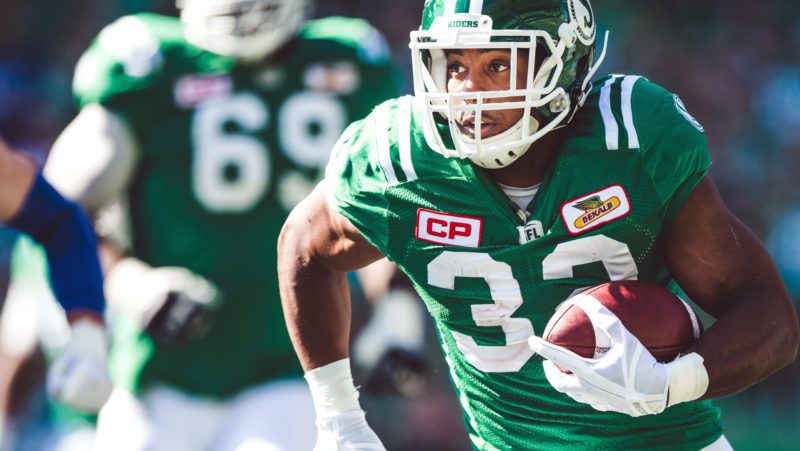 Injured Cameron Marshall has been a key part of the Riders’ offence in 2017 (Johany Jutras/CFL.ca)

Jones says the extent of his injury won’t be known until test results come in later on Tuesday.

For the Riders, the switch from Marshall to LaFrance won’t change the way they run their offence — although it will allow them to play an international elsewhere. Jones says Marshall and LaFrance have a similar playing style.

“They’re very similar. Neither one of them is what I’d consider a blazer,” said Jones. “They’re going to be that steady back that can make a guy miss in the hole that runs with power behind the pads. That’s where their value lies, that and blocking.”

LaFrance had 23 yards on eight carries in second-half action vs. the Bombers in Week 11, a 38-24 Riders victory in the Labour Day Classic.

His biggest claim to fame was last November in the Eastern Final. With Mossis Madu injured early, LaFrance stepped onto a snow-covered field for the Ottawa REDBLACKS at TD Place and rushed for 157 yards and a touchdown on 25 carries.

LaFrance was drafted 45th overall by the REDBLACKS in 2015 and left this off-season as a free agent.

The Riders look to extend their winning streak to four games and continue moving up in the West with a key mid-season clash with the Bombers on Saturday.