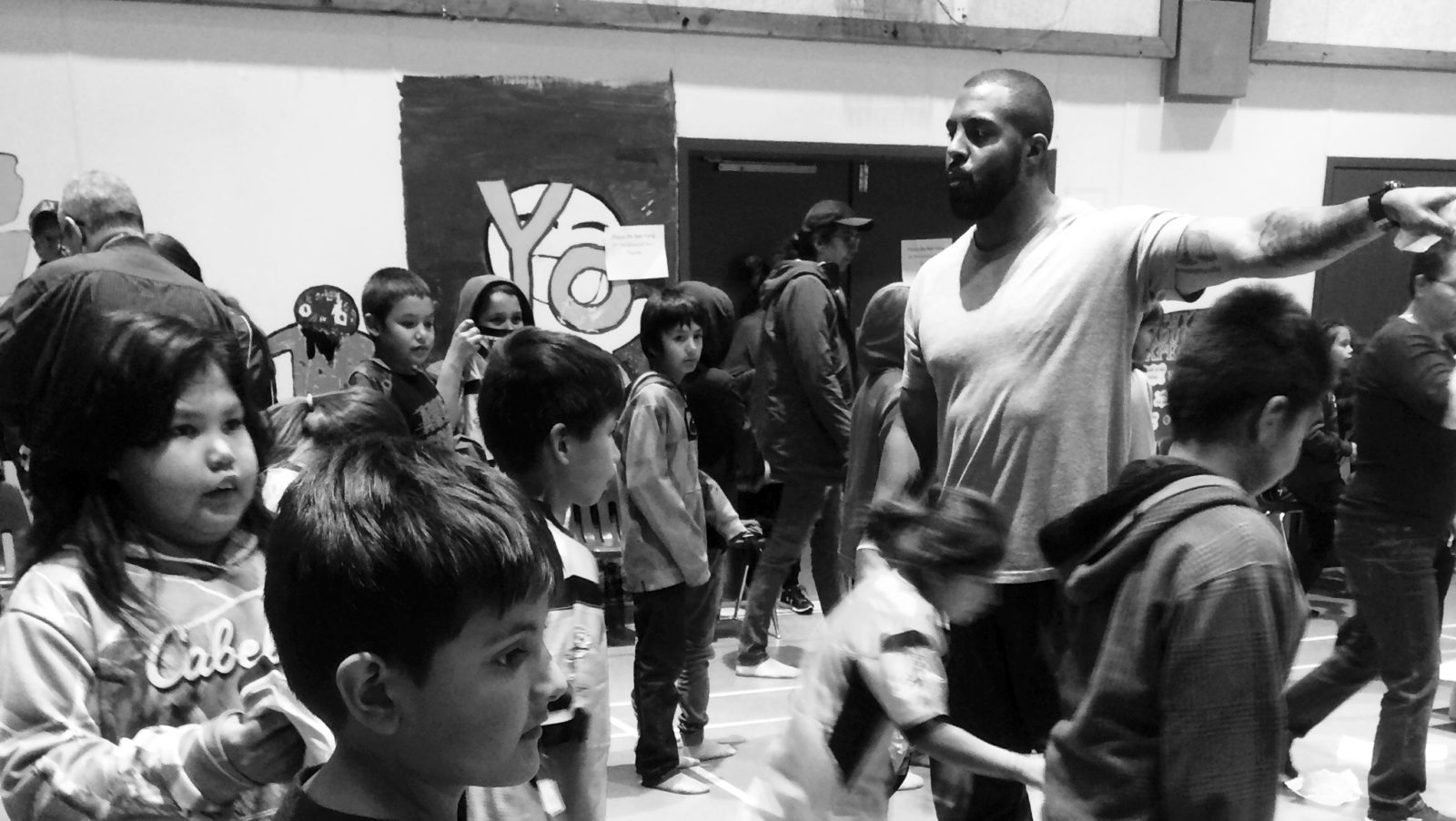 On a mission to get Canadian Indigenous kids to be active, educated and connected to their communities, John Williams made his way to Little Buffalo, Alberta, to spend time with the Lubicon Lake Band over Thanksgiving weekend.

The seven-year CFL vet who won a Grey Cup with the Toronto Argonauts in 2004 created an initiative called the Mac Youth Movement. The time he spent in the community that’s about 460 km north of Edmonton was powerful.

“We ran a sports clinic at the elementary school,” Williams said. He was part of a larger delegation from McMaster University that included anthropologist Dawn Martin-Hill and director of Indigenous student services, James Knibb-Lamouche.

In Little Buffalo, a community of approximately 200 people, Williams taught kids the basics of football — and handed out Tiger-Cats’ jerseys to the kids at the school, courtesy of the club — but there was more to the clinic than just sport. It blended lessons on the importance of using sport as a catalyst in social justice and combating racism, along with encouraging the youth to promote positive community identity and culture.

“This youth movement that we’ve created, it’s our mission to continue to bring in more Indigenous student athletes,” Williams said. “We have a number of initiatives that we’re starting off with.”

The Mac Youth Movement was inspired by what Williams saw a few years ago with the Youth Movement at the University of Oregon. The school had a field day, where Native American youth from across the state came together, enjoyed sports, heard motivational speakers and had student-athletes involved throughout, setting a valuable example. 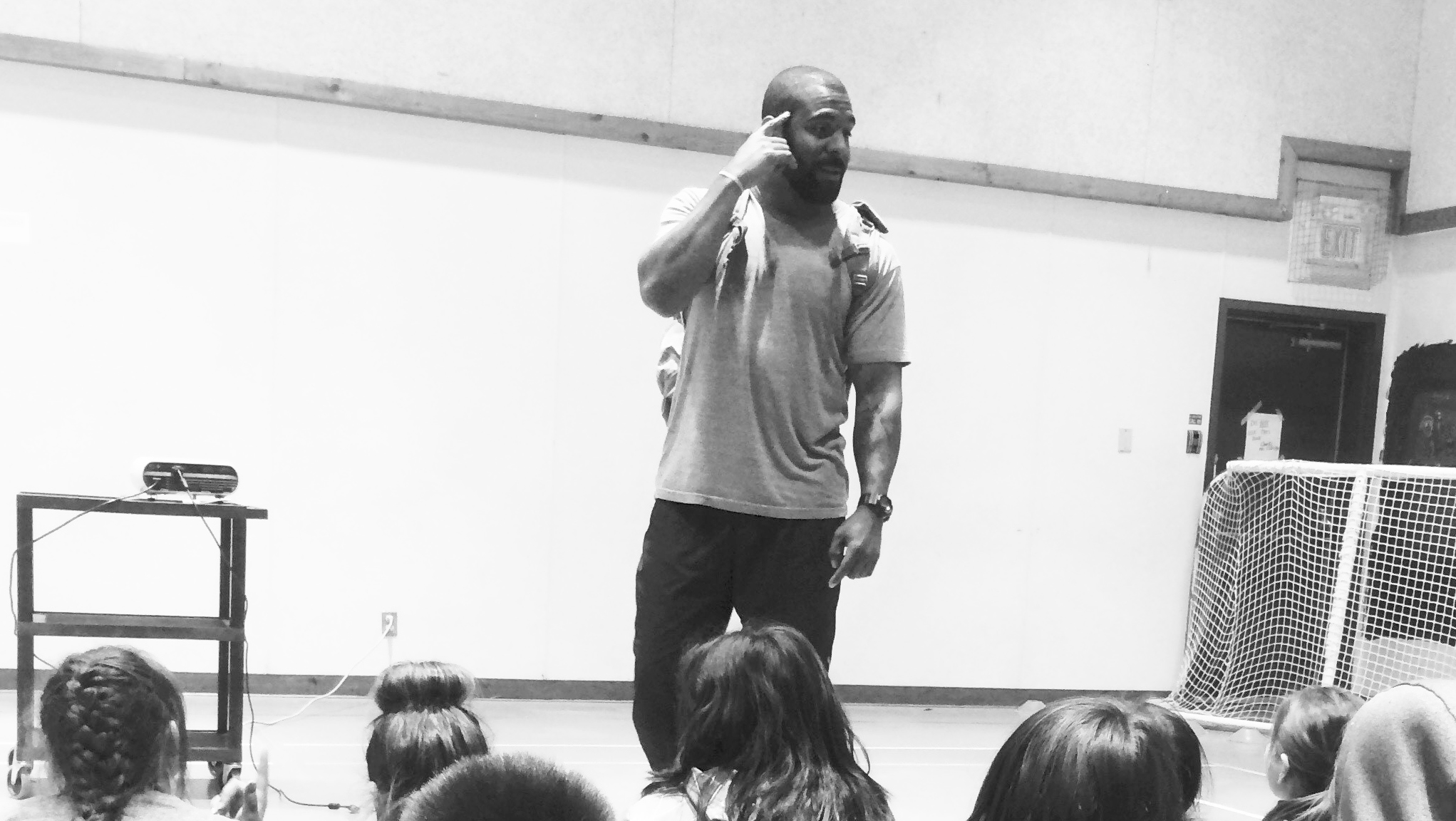 Williams is just getting started. He hosted a July field day at McMaster with Six Nations and urban Indigenous youth from Hamilton. He also held an Indigenous female athlete panel shortly after. He’s determined to continue to grow the program.

“The mandate of the program is to stay active. It’s educating and connecting to their communities. I think more than anything it’s an opportunity to show them that university is not a scary place,” he said.

“There’s such a large dropout rate for Indigenous students that come (to university because) it’s so foreign to them.

“As a former racialized student-athlete myself, I understand some of the challenges that go along with existing on a predominantly white campus in a new environment. The McMaster Youth Movement was created to help those Indigenous students find balance in chaos by staying active, educated and connected to their communities.”

Williams co-produced and narrated the documentary Gridiron Underground, telling the story of Bernie Custis’ path to the Ticats, as well as that of his father, John Sr. and several other African-American players that found success in Canadian football.
“I really relate the work I’m doing to a lot of the themes we touched on in Gridiron Underground,” he said.

“I think a lot of my passion comes from that. At the heart of the documentary lies this idea of opportunity. The CFL presented an opportunity to my father and Bernie that no one else wanted to give them. I see (Indigenous) athletes fighting for the same opportunities as the men that paved the way for me.”

Williams’ goal with McMaster, he said, is to see more access to, recruitment and retention of Indigenous students. He feels like taking a program like Mac Youth Movement across the country is a step toward that.

“I thought this was the perfect opportunity to get the ball rolling and doing it more. The program now, the youth movement now, it really kind of revolves around that same thing, access, recruitment, retention of more Indigenous student athletes,” he said.

“When you look at McMaster, roughly 400 students have self-identified as Indigenous and only a few of them play varsity sports. You look at in relation to where, Six Nations is right down the road (from Hamilton) and some of the greatest athletes in the country come out of there.”

Sports shaped Williams’ life, and it opened even more doors for his father and for Custis. He wants to see that continue for future generations of people in Canada.

“The CFL has given me such a large platform to be able to speak out on these issues. I’ve been incredibly impressed by how the Blue Bombers organization has set the precedence of how a club has been able to work with the Indigenous community. I’d love to see more teams follow along and do the same.”