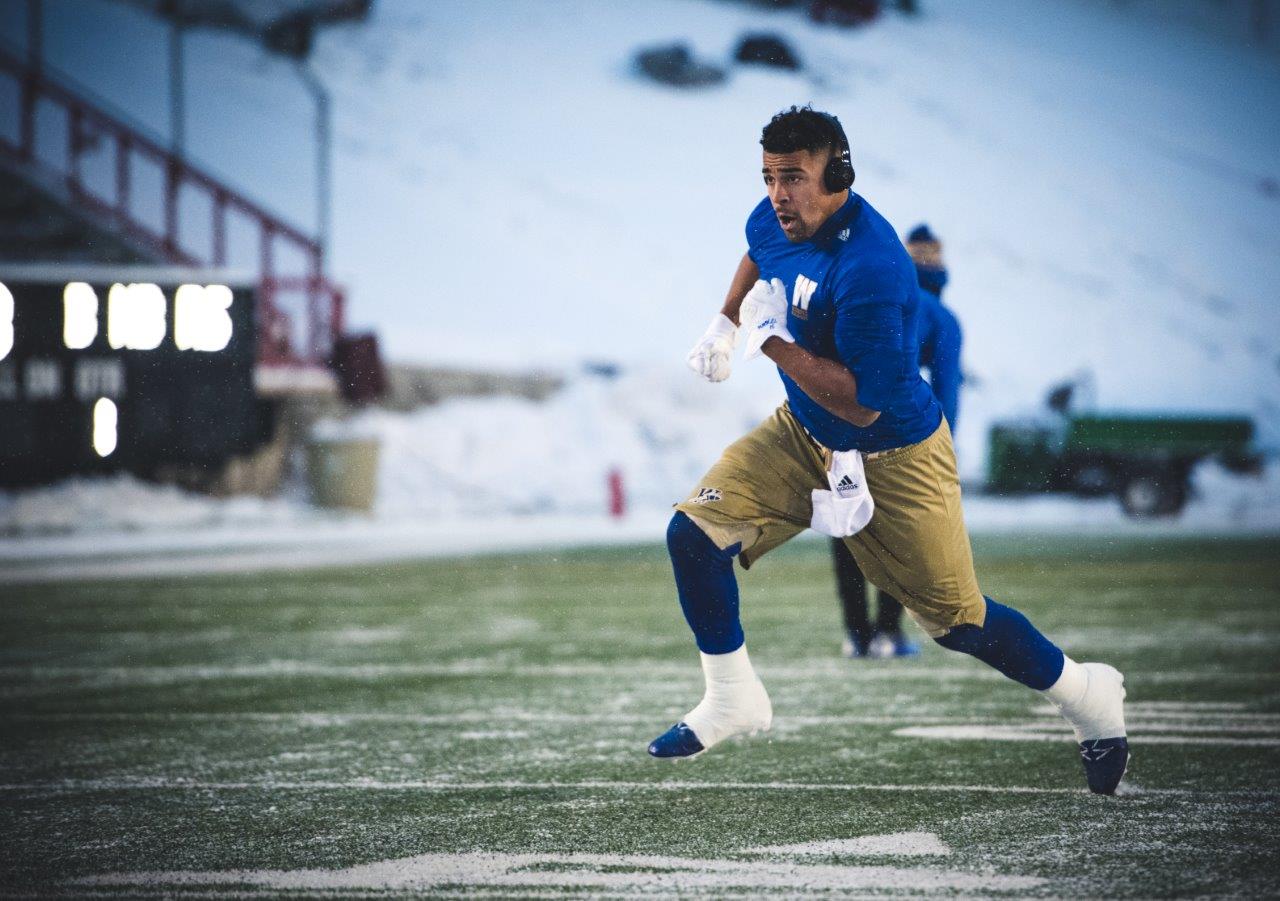 WINNIPEG — While Andrew Harris won’t likely hit the much-talked about 1,000-1,000 mark, the Winnipeg Blue Bombers’ running back has still found the record book in 2017.

Harris recorded his 103rd catch of the season on Friday night in Calgary, passing Craig Ellis for the most in one campaign for a running back. The milestone was achieved on a one-yard reception in the second quarter, eventually helping the Bombers extend their lead to 10-0 at snowy McMahon Stadium.

Ellis recorded 102 receptions with the Riders in 1985.

The mark is just another feather in the cap for the Winnipeg native, who just this week earned his team’s nomination for Most Outstanding Canadian.

In the same game, Harris reached the 1,000-yard rushing milestone with a long run in the second quarter.

The Bombers eventually earned a 23-5 victory over the Stampeders at McMahon Stadium, clinching a home playoff game on Nov. 12 at Investors Group Field.