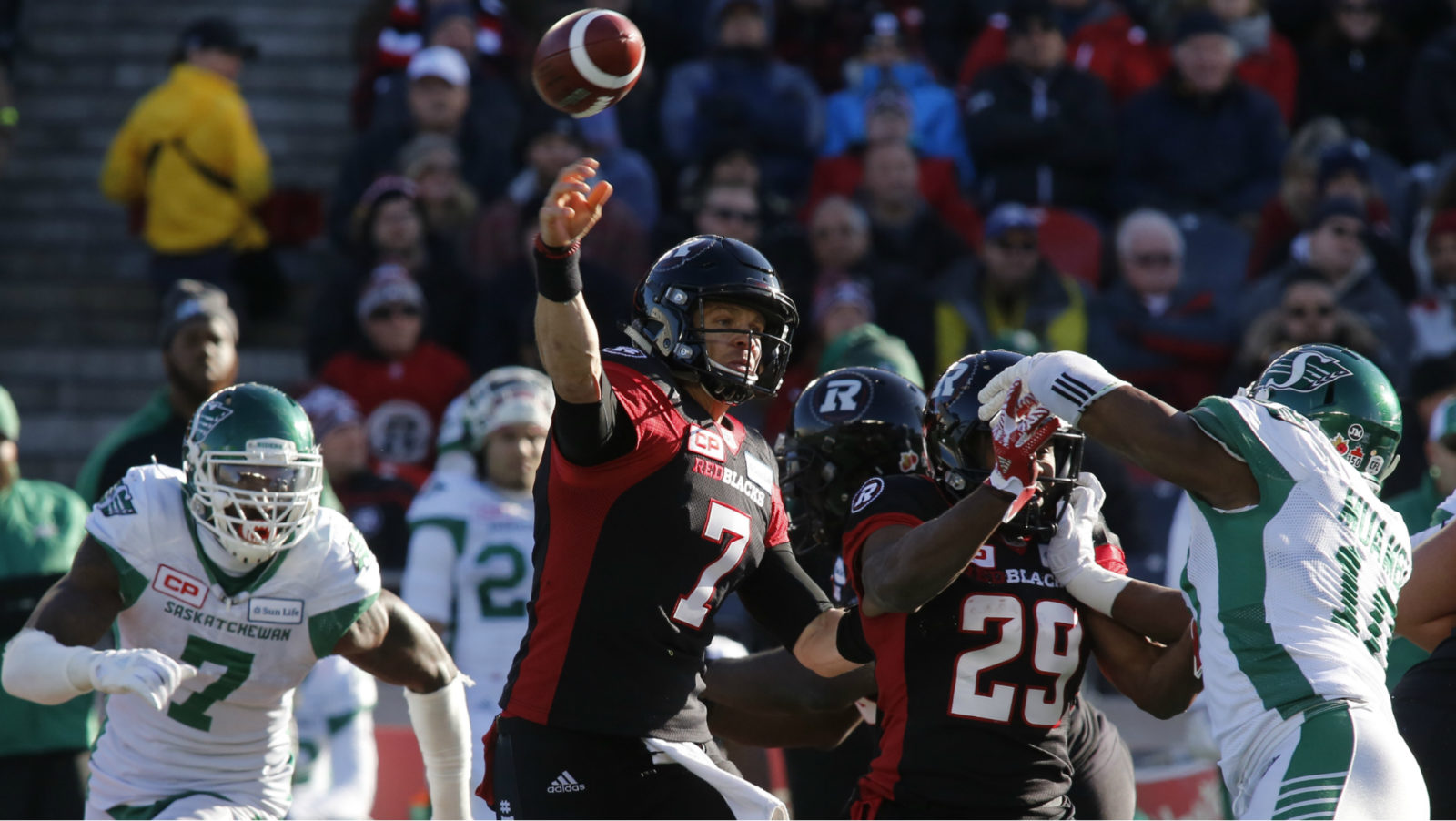 OTTAWA – The dream was for the Ottawa REDBLACKS to play in the Grey Cup game in front of their hometown fans at TD Place.

After dropping the Eastern Semi-Final to the Saskatchewan Roughriders on Sunday afternoon, the REDBLACKS instead will be watching from the sidelines.

It’s a disappointing end to the season for the REDBLACKS, who hung in the with Riders through an exciting back and forth first quarter but couldn’t keep up the offensive pace despite a record setting night from quarterback Trevor Harris.

“The whole goal of the season is to get to the Grey Cup and win the thing. That we’re not going to be in it, it’s tough,” said Harris. “We had opportunities today and just didn’t capitalize.”

Harris finished the game with 457 passing yards (sixth all-time) with 37 completions (second all-time). His 60 pass attempts were a playoff record. He completed passes to nine different receivers and threw two touchdown passes and a pair of interceptions, including a pick inside the red zone.

With Brad Sinopoli already sidelined, the REDBLACKS appeared to lose top receiver Greg Ellingson near the halftime whistle. Though he toughed it out and finished the game, it was clear that the wideout was limited on the field, ending with 52 yards.

Harris refused to use that as an excuse for the missed opportunities.

“Any time you lose your number one receiver and number two receiver on the season, it makes for tough sledding. We’re not going to sit here and make excuses. We just didn’t get it done today. It hurts, but if it didn’t hurt that would mean it didn’t mean anything to you.” 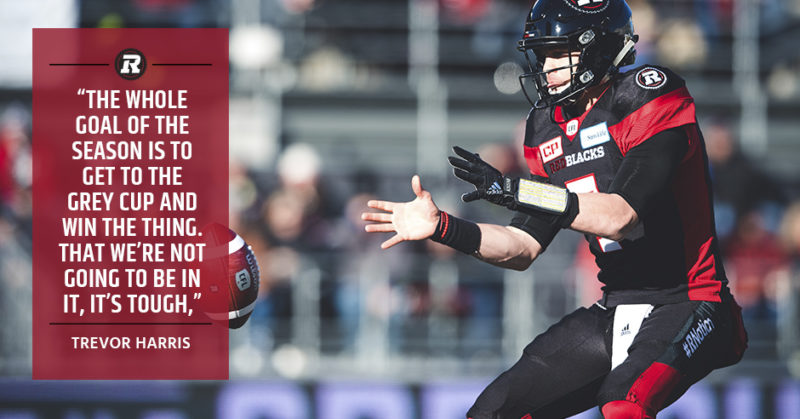 “We turned the ball over twice going in on their side of the field which is killer but there still were a lot of opportunities to overcome that,” said head coach Rick Campbell. “We never found a way to make key plays in the big moments of the game and just didn’t get it done.”

The REDBLACKS entered the game having finished the regular season on the bye week. Could the game have turned out differently had the REDBLACKS played the week before? The layoff wasn’t an issure according to Harris.

“Rust wasn’t a factor. We were fine, we just shot ourselves in the foot early, on second down a few times, a couple mishaps here and there,” said Harris. “We just didn’t get it done. There’s not a group of guys I’m more proud to stand next to than these guys.”