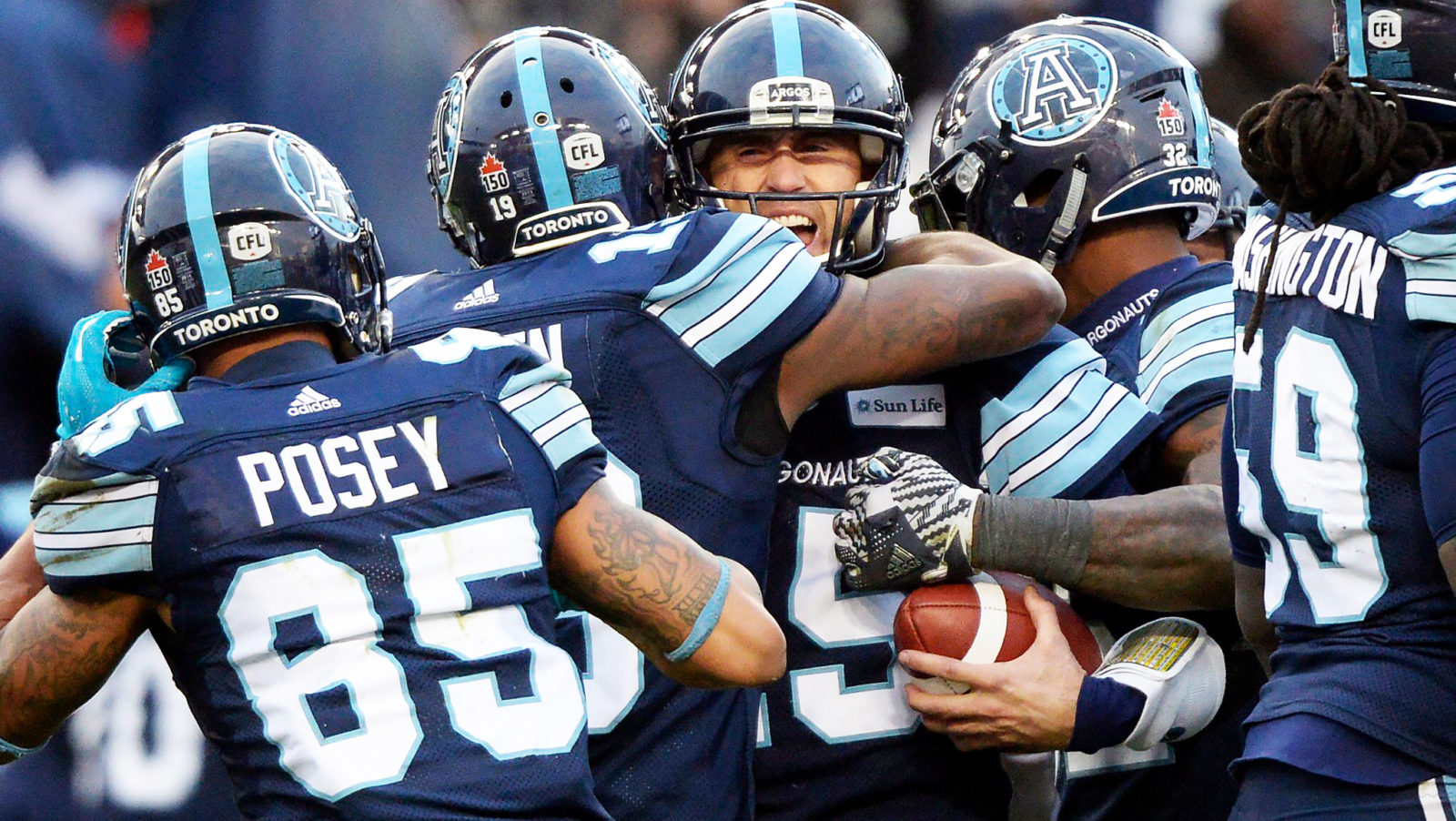 OTTAWA — The Calgary Stampeders may be a seven-point betting favourite, but the CFL Simulation has other ideas.

The odds have been revealed and in an unexpected twist, the 9-9 Toronto Argonauts are considered by the computers a heavy favourite to defeat the 13-4-1 Stampeders in the 105th Grey Cup presented by Shaw.

The simulation considers several variables, including each team’s win-loss record, point differential and most recent results.

After 10,000 replications of Sunday’s matchup, the computer has determined that the Argos are a seven-point favourite with 79 per cent odds of winning the game: 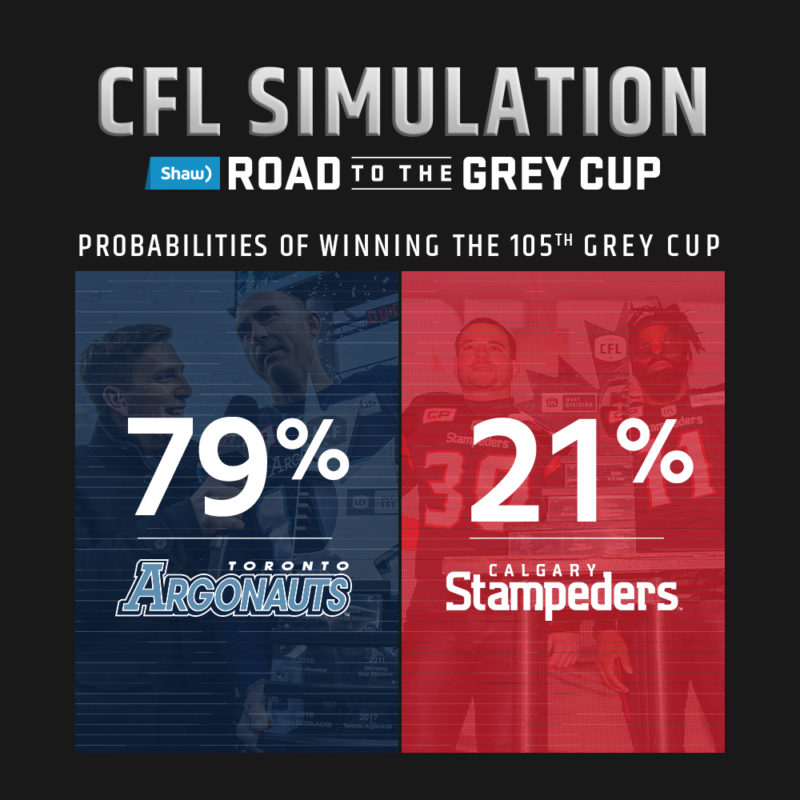 The news comes as a surprise considering Calgary’s stellar season, which recently led the Stamps through a win in the Western Final over the Edmonton Eskimos.

In that game, Calgary held on to win late on the strength of 400 yards of offence and not a single turnover.

On the other hand, while the Argos did manage only a .500 season, they are one of the CFL’s hottest teams. They’ve won six of their last eight games, boasting one of the CFL’s top defences and, most recently, a powerful running game.

Quarterback Ricky Ray is up for Most Outstanding Player while the Argos’ head coach, Marc Trestman, has been followed by success throughout his entire CFL coaching career.

Vegas doesn’t agree. In the betting world, the Stampeders are favoured by a touchdown to win the game.

The Stampeders won their two regular season matchups with Toronto by 17 points and 16 points in Weeks 7 and 10 respectively.