The Grey Cup arrives on Parliament Hill with a little help from Justin Trudeau! 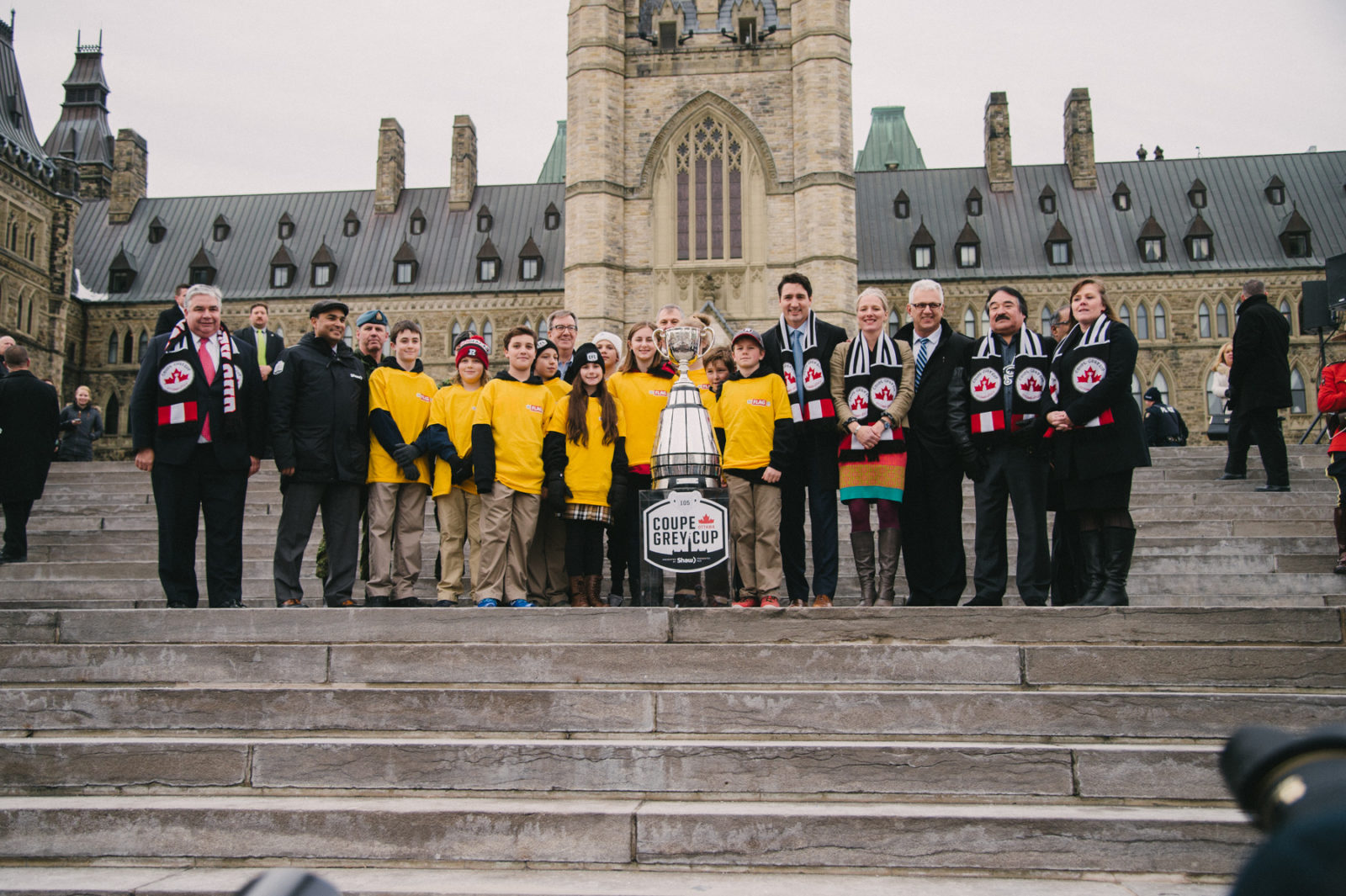 The Grey Cup arrives on Parliament Hill with a little help from Justin Trudeau!

As is tradition every Grey Cup, the Commissioner of the Canadian Football League delivers the cup to the host city.  This year, Commissioner Ambrosie did it in STYLE riding into Parliament Hill in a tank to present the cup to Prime Minister Trudeau!  It was an awesome scene out front of the Parliament building!

Here is some of the best sights and sounds from social media:

The #GreyCup is here!

What an incredible way to start off the #GreyCup in our nation’s capital! Thanks @JustinTrudeau for welcoming us! 🇨🇦🏈🇨🇦 pic.twitter.com/sT1tBokFwc

Kicking off #GreyCup Festival week on the Hill today! pic.twitter.com/UTu6AjfAHd

What a pleasure to receive the #GreyCup from @RandyAmbrosie @RideauHall. A week of festivities in #Ottawa leading up to the championship game. @CFL pic.twitter.com/biVKsgAeQP

Happy to proclaim the week of November 21-26 as #GreyCup week in #Ottawa2017
Looking forward to a fantastic week of celebrations of canadian culture, music and sport! #GreyCupFestival #GreyCup pic.twitter.com/WInkovwGWx

On the count of 3️⃣…