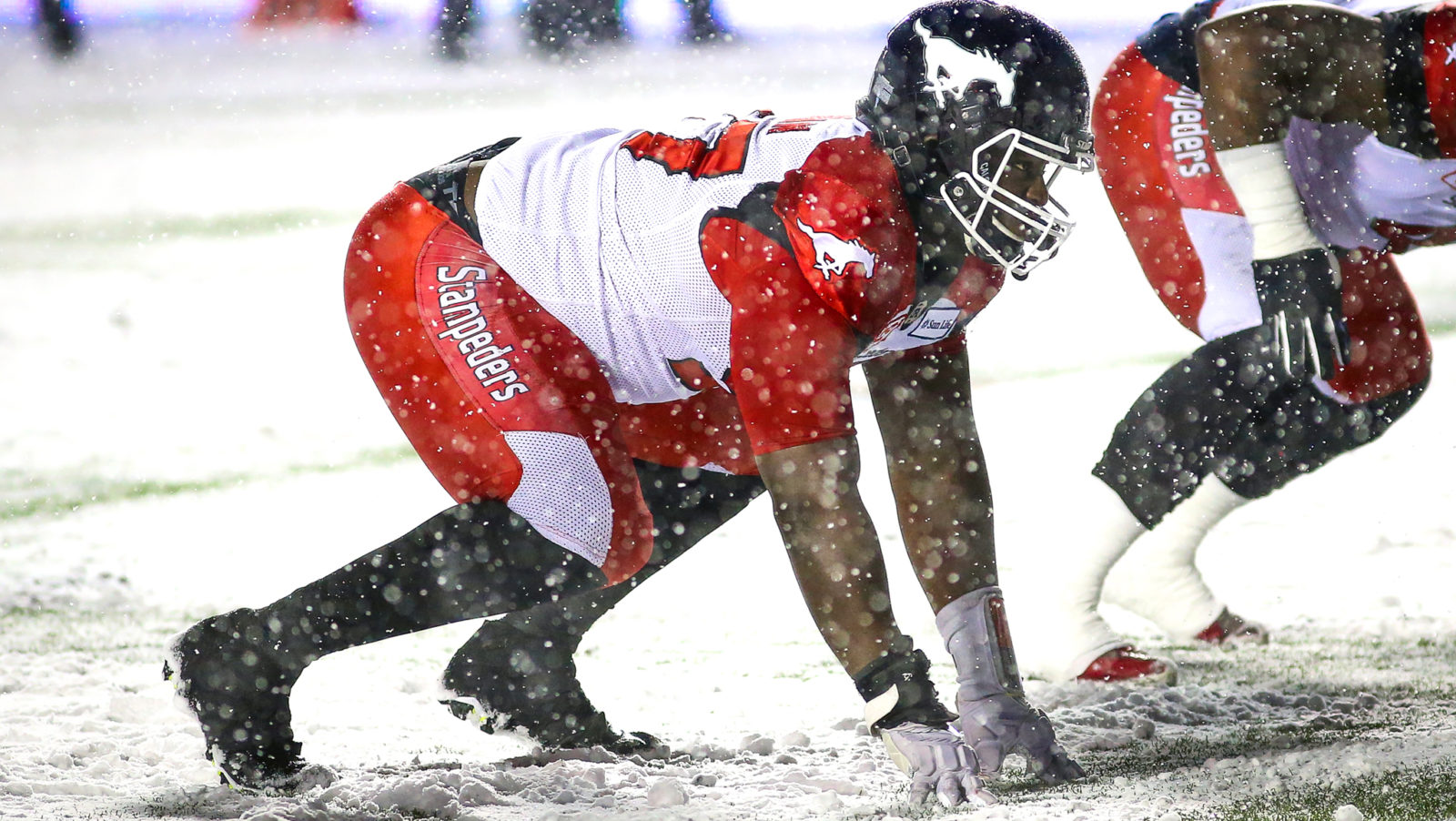 The Queen’s University alumnus was eligible to become a free agent in February.

Wiggan was a fourth-round selection by Calgary in the 2014 draft and he joined the team in 2015. The 25-year-old Toronto native has played 46 regular-season games and five post-season contests over three seasons with the Stamps.

“Derek has made great strides during his time with the Stampeders and has become an important part of our defensive line rotation,” said Calgary president and general manager John Hufnagel. “I look forward to seeing his development as a player continue in 2018.”

Wiggan appeared in a career-high 17 games this past season and made 11 starts at defensive tackle. He recorded 20 tackles including two tackles for loss, one special-teams tackle, two sacks and five QB pressures. For his career, he has 45 tackles including four tackles for loss, four special-teams tackles, seven sacks, one forced fumble and one knockdown.

“I’m happy to be back,” said Wiggan. “Calgary is where it all started for me and I’m glad to be getting a chance to continue my time here.”