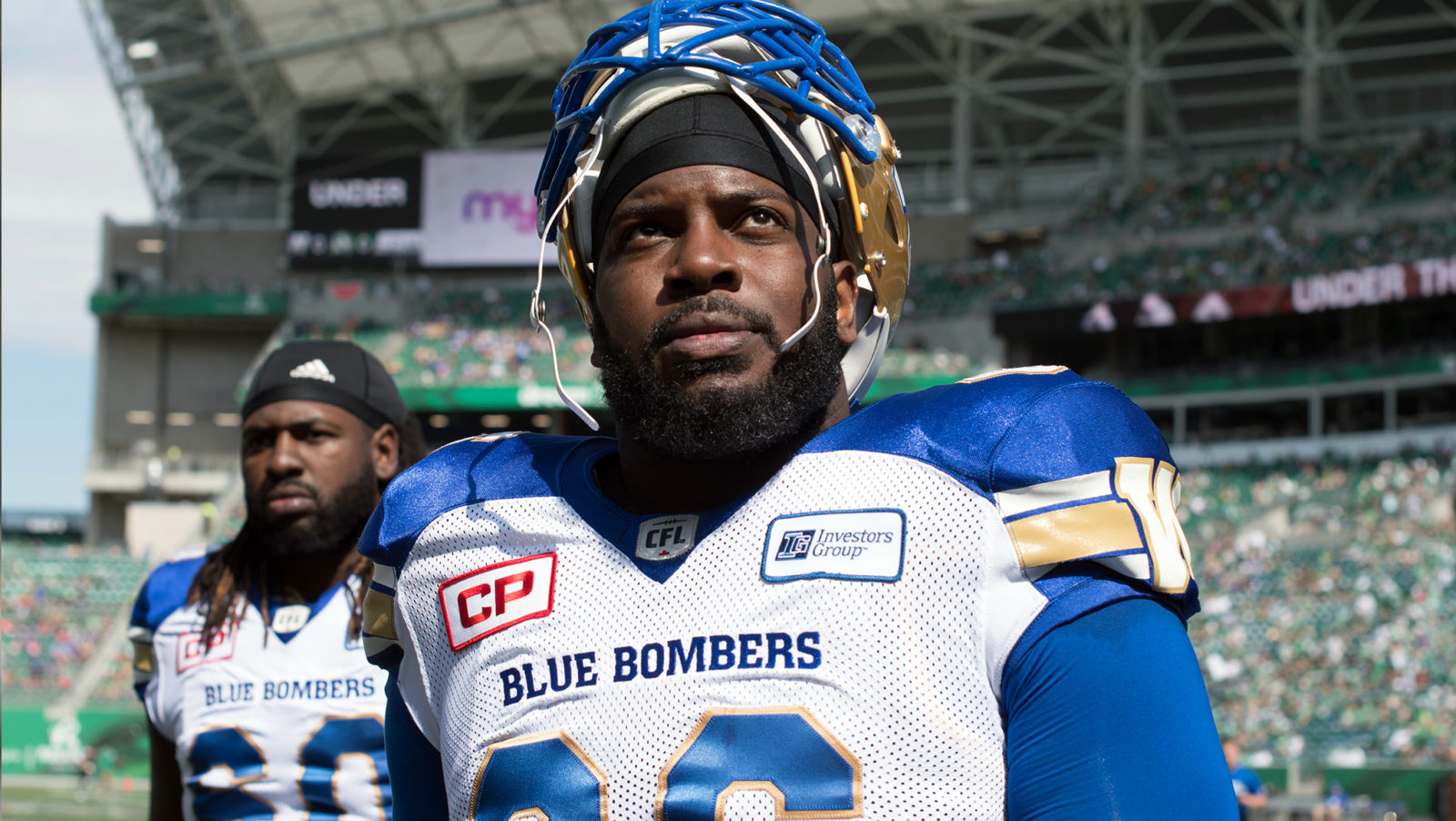 WINNIPEG – Yes, Stanley Bryant wanted to stay in Winnipeg to help the team win a Grey Cup. And yes, he wanted to stick around because of the bond he had built with his teammates.

But it may have been a comment from his quarterback that finally set things into motion for 2017’s Most Outstanding Lineman to re-sign with the Winnipeg Blue Bombers.

“Matt is a fiery guy,” Stanley chuckled over the phone during a media conference call on Tuesday afternoon. “He’s a great quarterback, a great competitor. He said little slick things things during Grey Cup Week that Elliot (Nichols’ daughter) would be upset if I didn’t come back to protect her dad. I guess that kind of played a little part of me deciding to come back.” 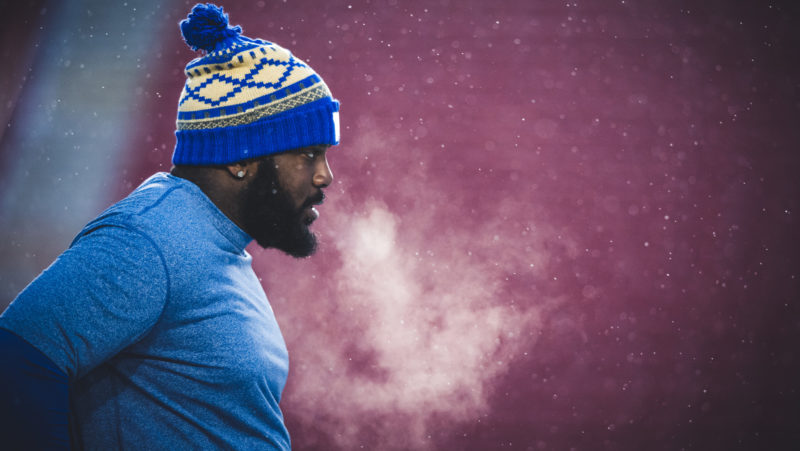 Bryant is hoping to win a championship with the Bombers (Johany Jutras/CFL.ca)

Bryant signed a two-year deal with the Bombers on Tuesday and in turn avoided hitting the open free agent market in February. He’s been instrumental in Winnipeg’s offence, playing in every game at left tackle since signing with the Bombers in 2015 (65 consecutive games).

The 31-year-old was also a part of the offensive line that helped Andrew Harris to becoming the league’s leading rusher in 2017.

“We have great chemistry,” he said of his offensive line. “We’re always speaking on a daily basis. Each and every day of the week we’re always speaking to each other in an o-line group chat. We all have different personalities which is a great thing. But when we get on the field we have one heart beat, we all work together.”

The Bombers hosted a playoff game in 2017 for the first time since 2011 and put together their best statistical season in recent memory. Harris and Nichols both enjoy career-years – Harris was closing in on the first 1000-yard rushing and receiving season and Nichols had his best year of his CFL career (4,472 yards and 28 touchdowns). 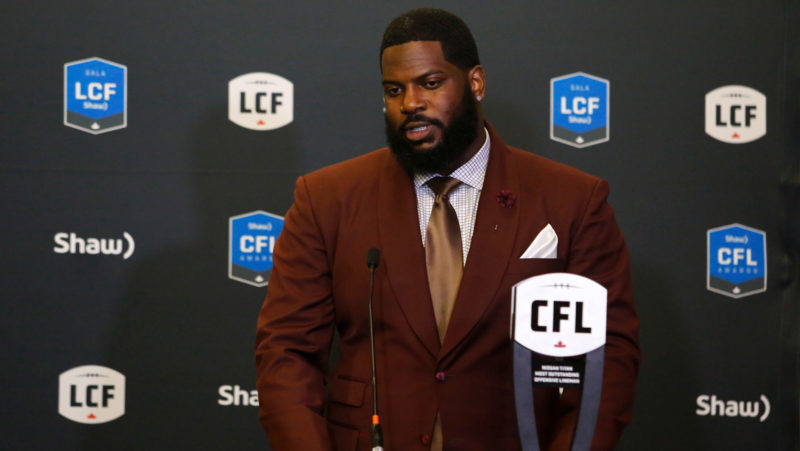 Bryant was named the 2017 Most Outstanding Lineman at the Shaw CFL Awards during Grey Cup Week (Patrick Doyle/CFL.ca)

Sticking around with Harris, Nichols and the rest of the team was on Bryant’s mind when deciding to re-sign, as well as the feeling that they’re on the brink of winning a championship.

“We have a lot more left in the tank,” he said. “I feel like I want to be a part of that when things happen, winning that Grey Cup. It’s been a long time coming and I think we can get it done.”

“We’ve built a great bond here in Winnipeg,” Bryant continued. “And there’s no other reason or any other team that could break the bond that I have with these guys, that I have with Winnipeg.

“It was a no-brainer sticking around and avoid free agency and all of those other things.”