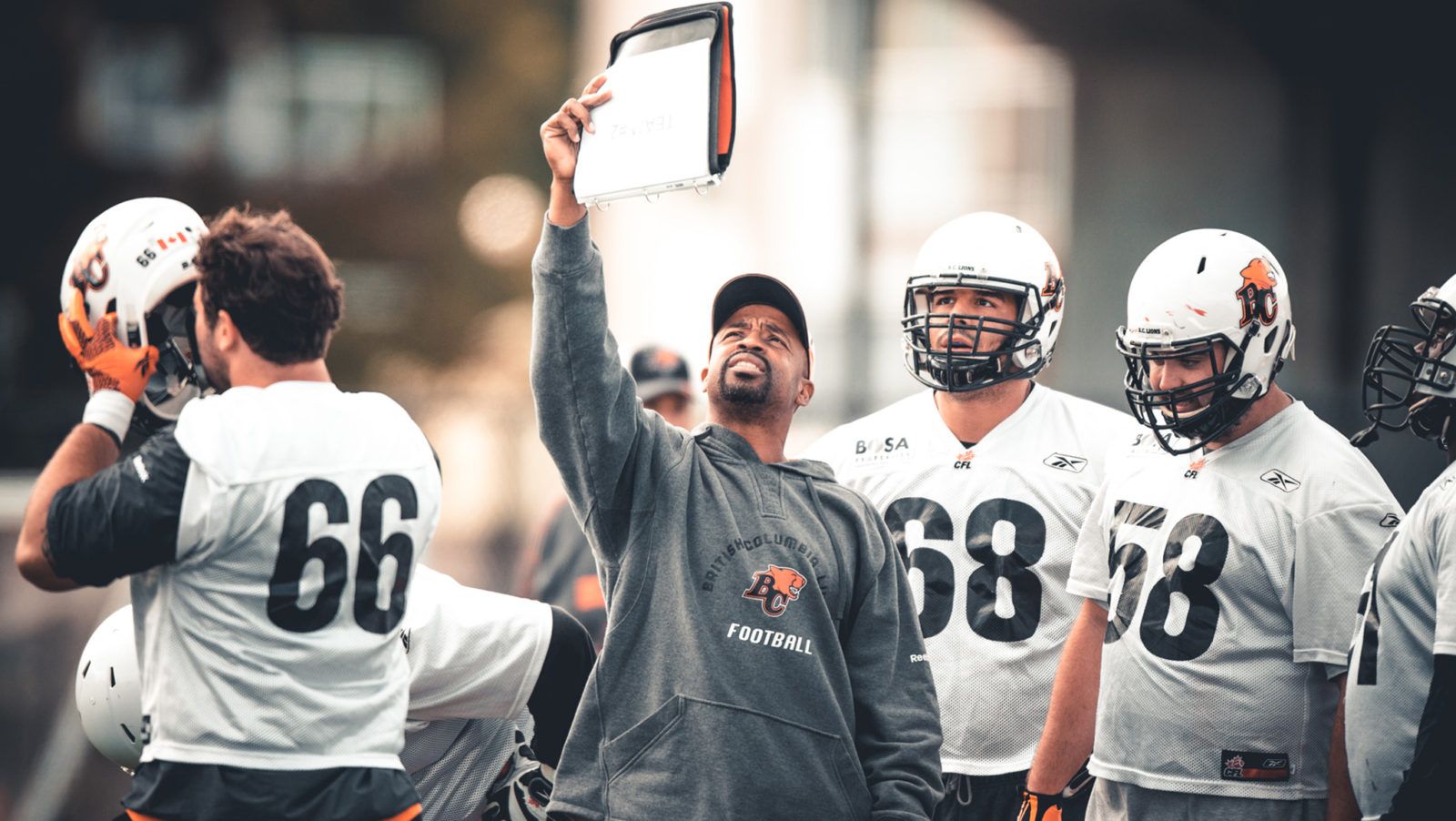 Jones started his coaching career in 2009 with the Hamilton Tiger-Cats, where he led the quarterbacks in his first two seasons before being promoted to offensive coordinator the following year. In 2012 and 2013, he coached the Saskatchewan Roughriders quarterbacks, helping his team win the Grey Cup in his second year. Originally from Hammond, IN, the 46-year-old coach enjoyed an 11-season career as a CFL quarterback, wearing the colours of the BC Lions, the Winnipeg Blue Bombers, the Calgary Stampeders, the Edmonton Eskimos and the Hamilton Tiger-Cats. In 2001, he was elected to the CFL All-Star Team. He has also played in the Arena Football League and in the World League of American Football (later called NFL Europe).

Since 2015, Carter has been the defensive backs coach with the Calgary Stampeders. The 41-year-old coach led his team to back-to-back the regular season championships in in 2016-17, reaching the Grey Cup game both seasons. Calgary also allowed the fewest points in both seasons. In 2014, the Washington, D.C. native was a guest coach with the Saskatchewan Roughriders. He retired as a player in 2010 after a professional career that included stops in the NFL, CFL, Arena Football League and NFL Europe. He wore the Alouettes jersey in 2008 helping the Montreal squad to play in the Grey Cup game at Olympic Stadium. He also played for the Toronto Argonauts and Buffalo Bills. Before starting his coaching career in the CFL, Carter also coached Graceland University in the NAIA as well as in the Southern Indoor Football League, the Indoor Football League and the Fall Experimental Football League. He also coached at Valley High School in West Des Moines, IA.

Donovan, a Laconia, NH native has been the Concordia University Stingers head coach since 2014. He began his coaching career in 2007 at Western University, where he coached the linebackers, while also being in charge of special teams as well as recruitment. In 2011 and 2013, he was a guest coach at the Winnipeg Blue Bombers and Toronto Argonauts training camps. In 2011 he was the defensive coordinator for the McGill University Redmen. The 37-year-old coach enjoyed great success as a linebacker from 2002 to 2004 at Concordia University. In 2004, he won the President’s Trophy, awarded to the best defensive player in the country. He was voted an All-Canadian twice during his university career.

Stubler bring more than 30 seasons of experience in the CFL and has won the Grey Cup five times. The 68-year-old Garfield, CO native began his career in 1983 with the Hamilton Tiger-Cats, where he spent seven years as a defensive coordinator. Stubler also coached with the Toronto Argonauts, the Edmonton Eskimos, the B.C. Lions and the Calgary Stampeders. During the 2008 season, he was head coach in Toronto. Stubler has also coached for University of Colorado at Boulder, New Mexico State University, Southern Methodist University, Colorado State University and the University of Oregon. He also spent two seasons with the Detroit Fury in the Arena Football League. As a defensive specialist, he held defensive coordinator positions during most of his time in the CFL.