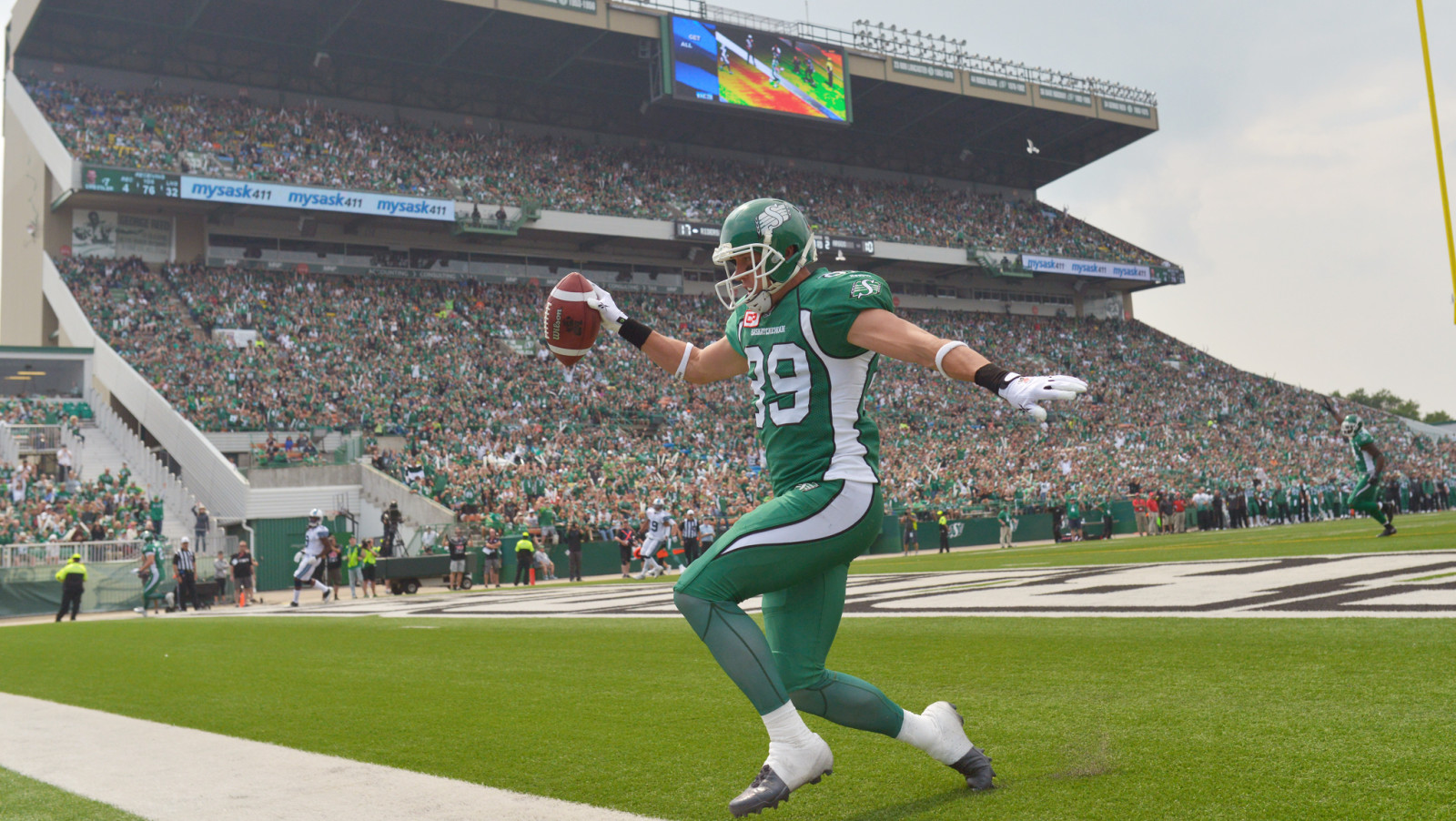 REGINA — After an 11-year CFL career, veteran receiver Chris Getzlaf has decided to hang up his cleats.

The Saskatchewan Roughriders announced on Thursday that Getzlaf is retiring from the Canadian Football League.

“The support that there is in this province is unmatched…you are the backbone of this team.”#CFL pic.twitter.com/4yuDBw3NaH

Getzlaf is a veteran of 11 CFL seasons and played 147 career regular-season games after making his professional debut June 30, 2007. The Regina native was originally selected by the Hamilton Tiger-Cats in the 5th round, 33rd overall, of the 2007 CFL Draft. After playing two games with the Ti-Cats as a rookie, Getzlaf was acquired by the Riders in August, 2007. He went on to spend nine seasons with the Riders before joining the Edmonton Eskimos in 2016. He returned to Saskatchewan late in the 2017 season.

Through 119 career games in the Green and White, Getzlaf ranks among the Riders’ all-time career receiving leaders with 368 receptions (5th), 5,694 yards (5th) and 37 touchdowns (6th).

Getzlaf also played in eight career playoff games and three Grey Cup games with the Riders. He played in the 2013 Grey Cup and was named the Most Valuable Canadian after registering three receptions for 78 yards. He also was on the practice roster of the 2007 Grey Cup-winning team.

“I want to congratulate Chris Getzlaf on an outstanding 11-year CFL career,” stated Jeremy O’Day, the Roughriders Assistant Vice-President of Football Operations and Administration. “I spent four seasons with Chris as a teammate, then had the opportunity to work with him as I transitioned to the front office. Every day Chris came to the stadium wanting to get better. His dedication, work ethic and intelligence for the game made him a great player and great teammate.”

“I have mixed emotions about today’s announcement,” Getzlaf said. “I am disappointed that my playing career has come to an end but I am very proud of the 11 seasons I dedicated to being a CFL player. I want to thank the Saskatchewan Roughriders, Edmonton Eskimos and Hamilton Tiger-Cats for allowing me the opportunity to play in this great league. The friendships and memories I have created will last me a lifetime.”

The 34-year-old Getzlaf and his wife Tia continue to make Regina their home.