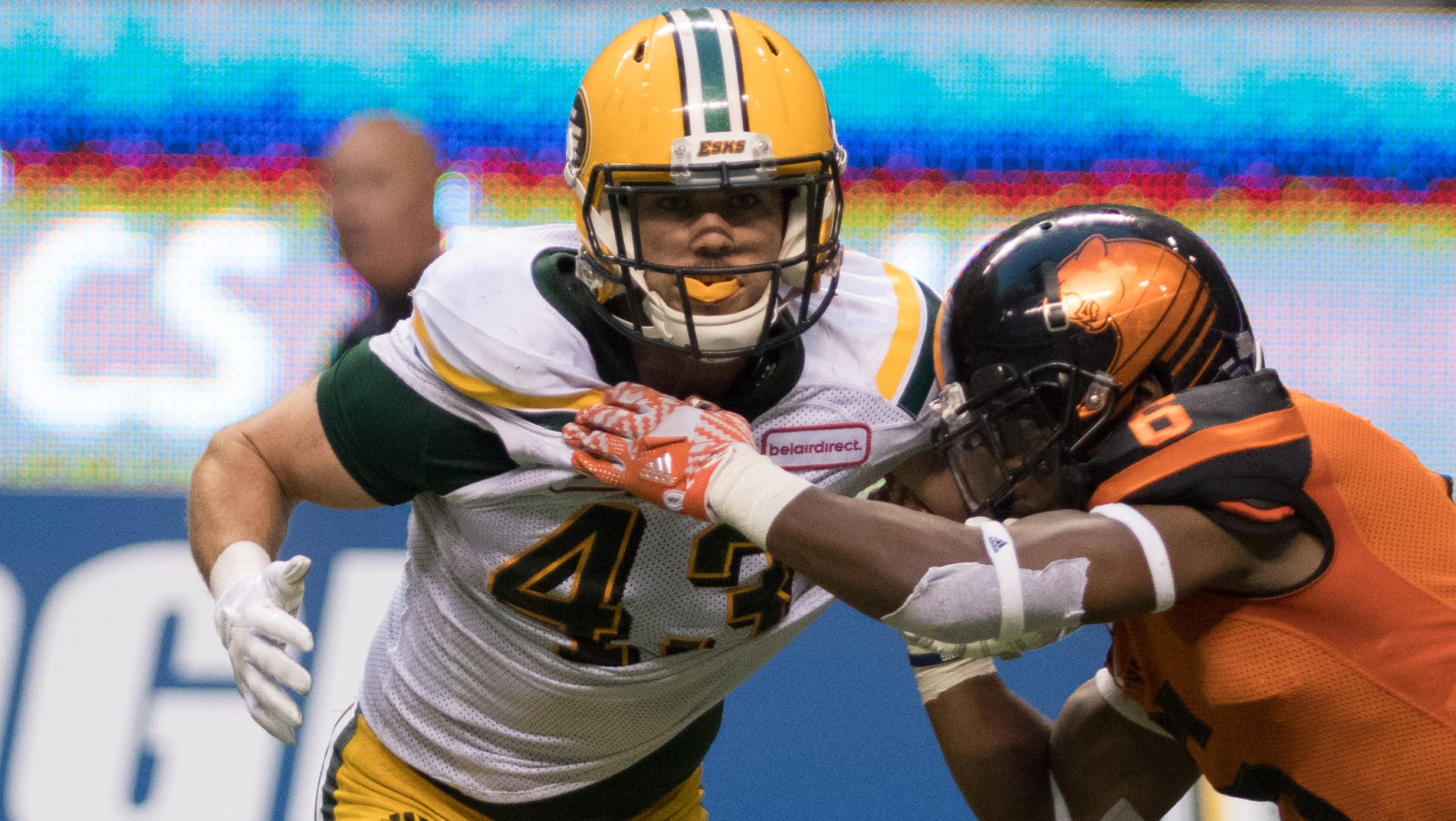 EDMONTON — The Edmonton Eskimos have re-signed national defensive back Neil King through the 2019 season, the team announced Wednesday.

King has appeared in 69 career games for the Eskimos and Tiger-Cats, where he has recorded 89 tackles, including 38 special teams tackles, one quarterback sack, three interceptions and one forced fumble.

Mackie was selected by the Eskimos in the 8th round (67th overall) and returned to McMaster for the 2017 season where he appeared in 10 games and recorded 43 tackles, six quarterback sacks, and one fumble recovery.