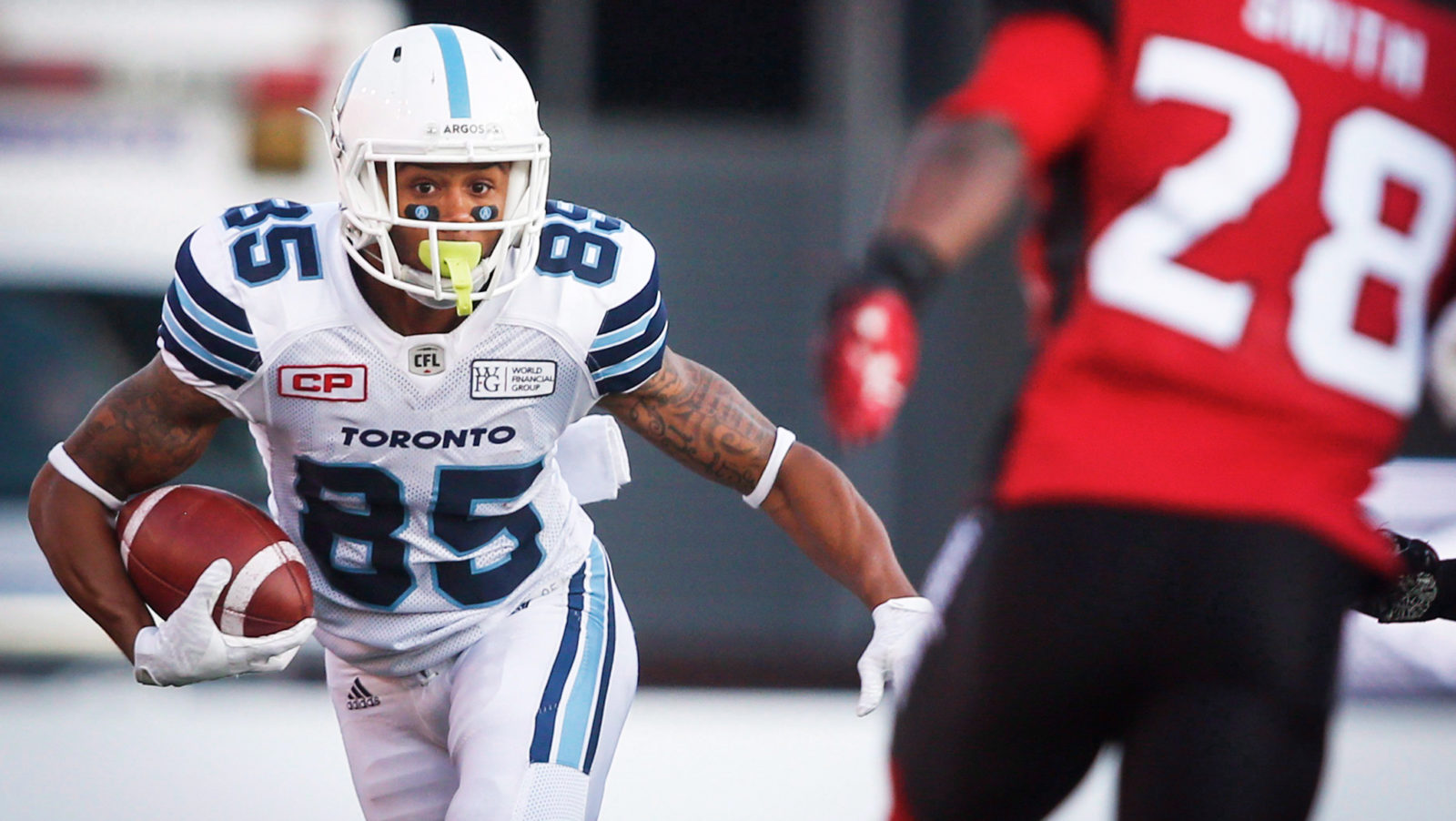 TORONTO — The Toronto Argonauts have released pending free agent DeVier Posey to allow him to complete a medical and sign with an NFL team.

The sophomore Argos receiver was scheduled to become a free agent on Feburary 13th.

Posey was set to become a free agent on February 13, 2018. According to CFL rules, Posey is allowed to exit his contract early to sign with an NFL team since he completed the second year of his contract.

Posey was the Argonauts third-leading receiver in 2017 despite missing six games with a foot injury. In the 12 games he did play, he hauled in 52 receptions for 744 yards and seven touchdowns. Posey was also named the Grey Cup MVP and scored the championship game’s longest touchdown in history (100 yards).