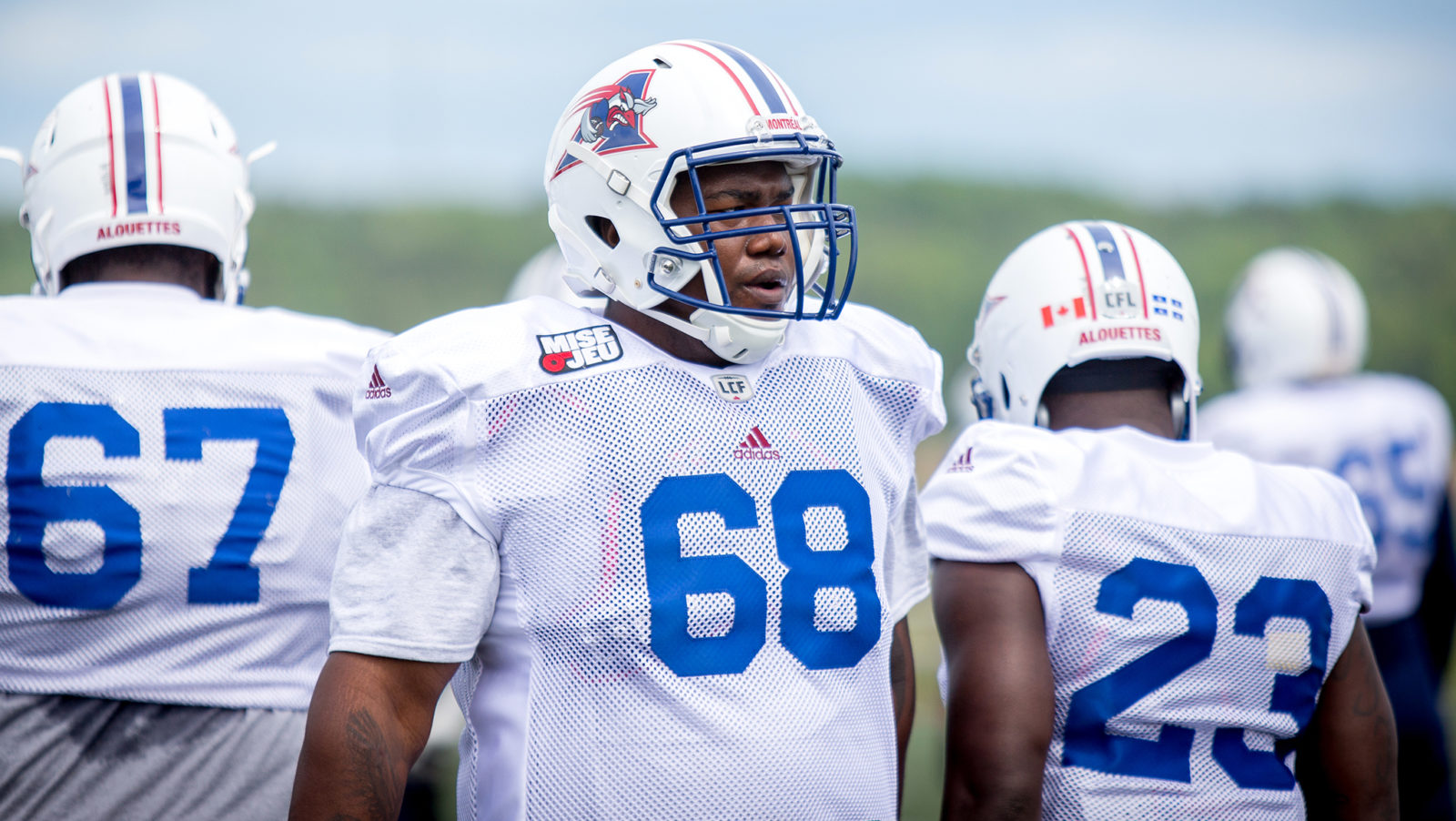 MONTREAL – The Montreal Alouettes announced on Friday that the club has signed national offensive lineman Philip Blake to a two-year deal.

Blake will return to the Alouettes for a fourth season. The 32-year-old played in nine games in 2017. During his first six games, prior to getting injured, the Alouettes allowed only eight sacks to begin the season, good for second place in the CFL. With Blake in the lineup and with a healthy offensive line, the Alouettes did not allow a single sack in their first three games of the season.

During his first two seasons, Blake started all 36 games. In 2015, Blake was part of an offensive line that allowed only 33 sacks, a league best, tied with the Calgary Stampeders. In 2016, along with his teammates, he allowed Tyrell Sutton to finish the season as the CFL’s leading rusher. Blake played 45 games in the CFL, all as a starter with the Alouettes.

“Philip is an important part of our offensive line and our quarterbacks feel confident playing behind him. It was important for us to have Philip return. On top of being a force on our offensive line, Philip is one of the most appreciated guys in the locker room”, declared Alouettes General Manager Kavis Reed.

Drafted in the third round of the 2011 CFL Canadian Draft by the Alouettes, the Toronto, Ont. native had success at the collegiate level with Baylor University Bears, which allowed him to get drafted in the fourth round by the Denver Broncos in 2012. He spent the following two seasons in Colorado, playing pre-season games before joining the Arizona Cardinals.