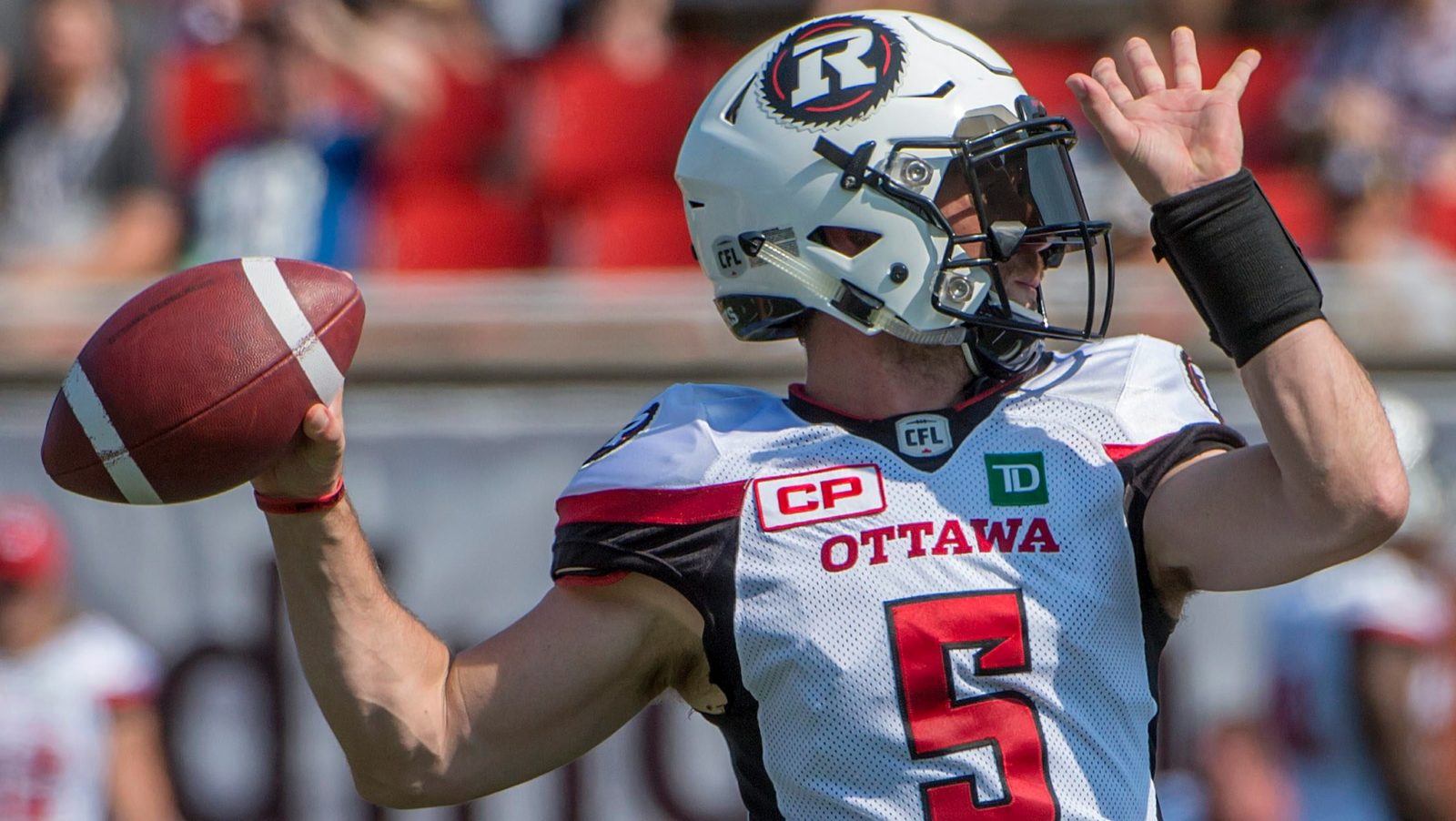 Tate was added via trade with Calgary during the 2017 off-season, serving as Trevor Harris‘ primary backup last season. He started one game when Harris went down with an injured throwing shoulder, finishing his season with 338 yards, three touchdowns and one interception.

Davis was the backup to Matt Nichols last year, but was released by the Bombers last week. The 28-year-old veteran threw for 208 yards on 17-of-29 passing in relief of the Bombers’ starter in 2017.

The moves are expected to open up competition in camp for the backup quarterback position. Harris holds the top spot going into his third season with the REDBLACKS, while Davis could compete with Ryan Lindley for the second-string job.

For Tate, Monday’s transaction means an uncertain future going into what would be his 10th CFL season. The 33-year-old has thrown for more than 5,000 passing yards with 35 touchdowns and 16 interceptions in his time with Ottawa and Calgary.