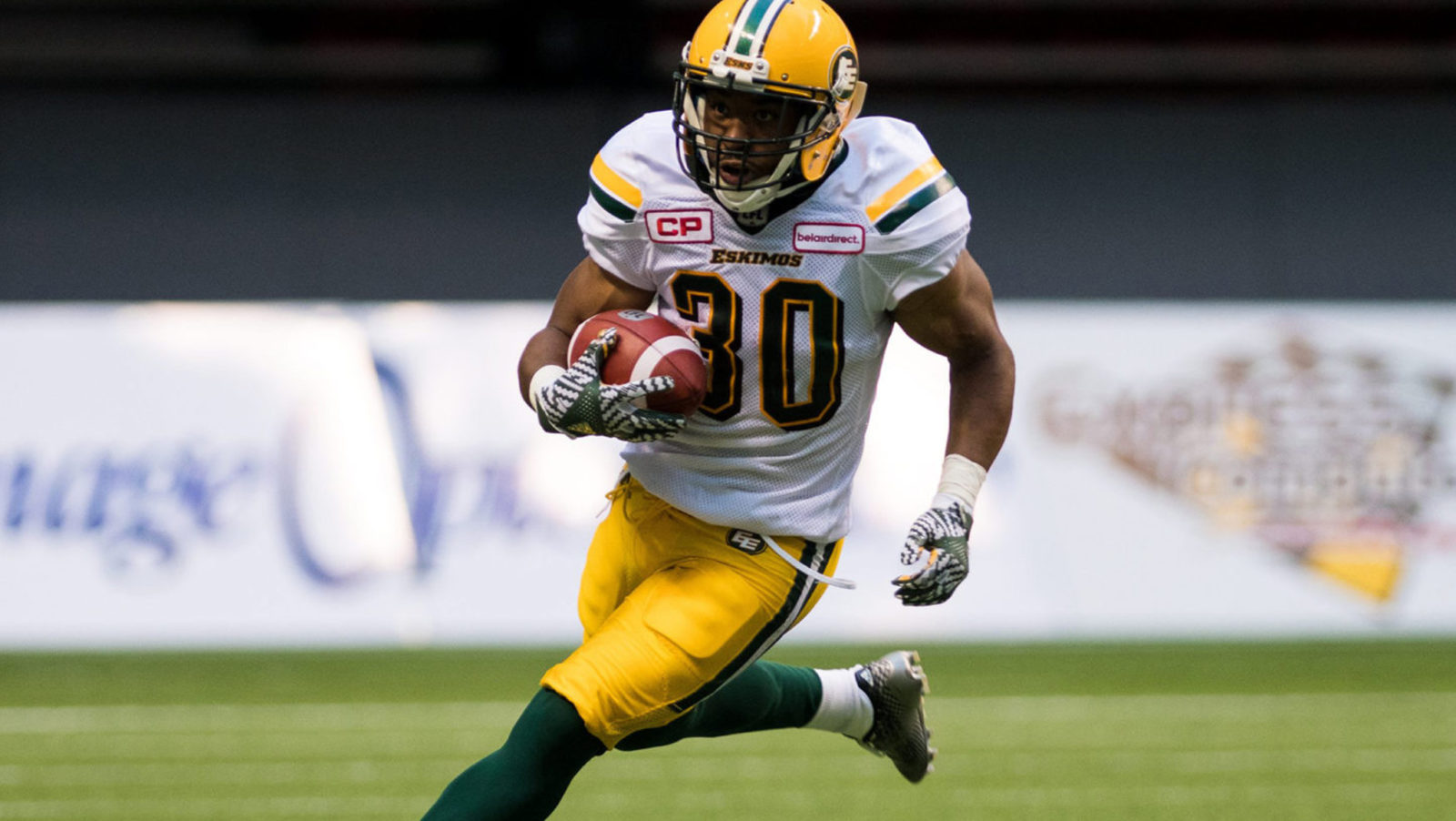 EDMONTON — The Edmonton Eskimos have re-signed running back John White through the 2018 season, the team announced on Thursday.

White played in just two games last season after the running back suffered a season-ending ACL injury. He collected 112 and a touchdown before he was hurt in Week 2 against the Montreal Alouettes.

2017’s injury wasn’t the first one that the five-foot-eight, 186-pounder has experienced. White ruptured his Achilles tendon during a practice before the 2015 season had begun and he missed the entire season.

He followed that with his best year in the league. White hit career highs in carries (164), rushing yards (886), rushing touchdowns (eight), receptions (58) and receiving yards (464).