Are Jones and the Riders gearing up for a Grey Cup? 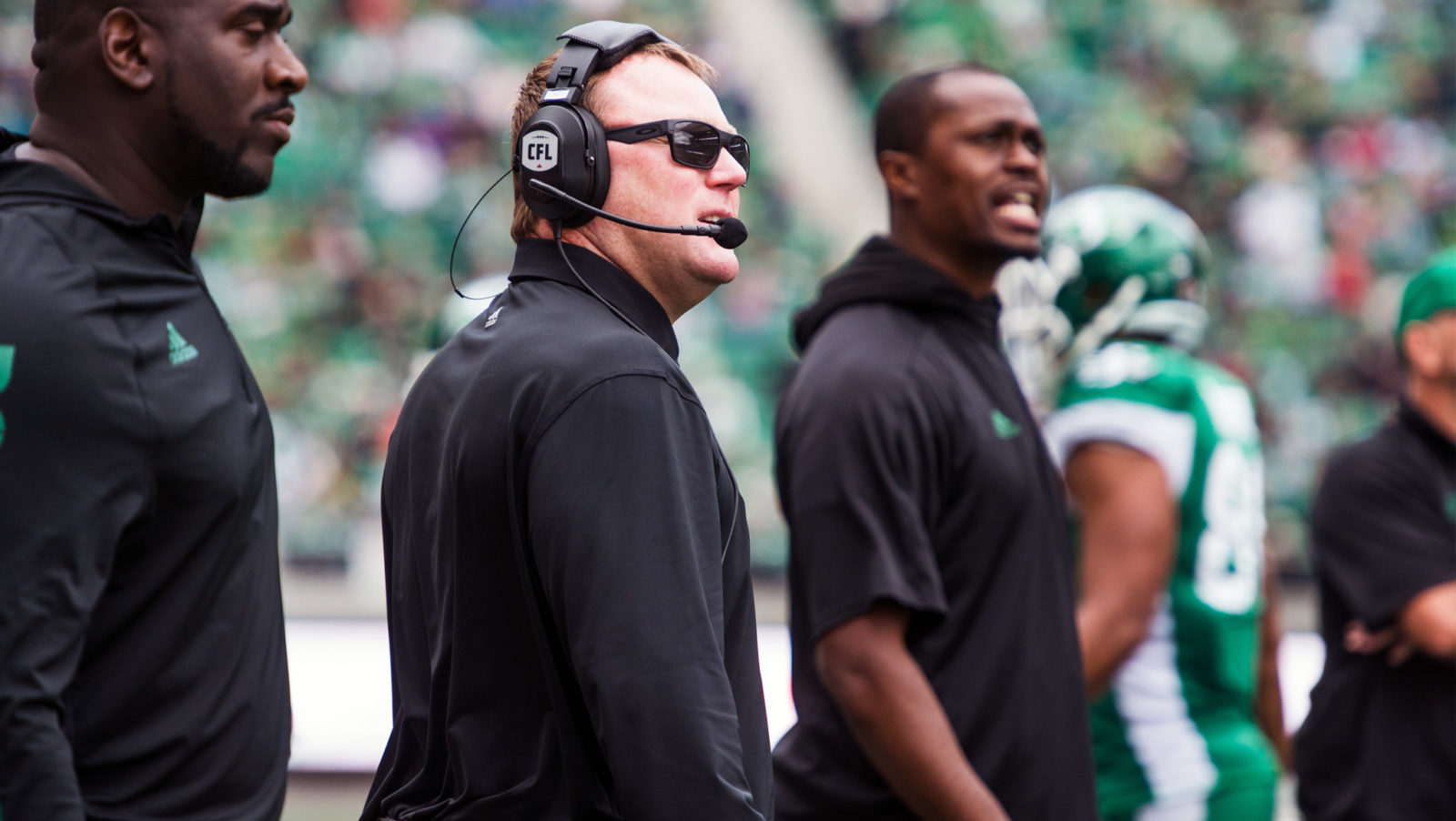 Are Jones and the Riders gearing up for a Grey Cup?

REGINA — The Saskatchewan Roughriders are starting to find their winning edge, but can a dominant pass rush and a new quarterback put them over the top in 2018?

Chris Jones’ team made significant strides last season, winning 10 games and making the playoffs for the first time since 2014. The Riders also had the second-best point differential in the league last season, plus-80, as they finally began to resemble the team Jones envisioned when he took the coach-GM job in 2016.

With veteran additions like Charleston Hughes, Zach Collaros, Travis Bond and Zack Evans, Jones has drawn some inspiration from one of the sport’s great dynasties — the NFL’s New England Patriots — and is hoping his third off-season in green can set the Riders up for a Grey Cup run.

“I’ve kind of looked at what they did and if you look, Zach’s a younger guy, he’s not that old, and the other guys we’ve brought in aren’t that old. But we brought in a Charleston Hughes who I coached in 2008, and what I’m hoping is Charleston can come in and be that little bit of spark that he’s been with the confidence, that when he walks onto a football field, there’s no hesitating. He’s done it a million times. That’s what I’m trying to bring.”

The Riders’ rebuild under Jones has been anything but slow and steady. Jones, of course, was in his first month when he rattled a fan base by releasing fan favourites John Chick and Weston Dressler. Last year it was beloved quarterback Darian Durant, who was traded to Montreal after contract talks stalled.

This off-season, the Riders said goodbye to a couple of their biggest signings since Jones took over in Henoc Muamba and Derek Dennis. But for the head coach and general manager, that’s the cost of doing business.

The Riders, with their marquee off-season additions, have to feel they’re now one of the big dogs in the highly-competitive West Division. Whether that actually happens or not may depend the most on Collaros, who’s hoping to get back to his 2015 form when he played at an MOP level before suffering a season-ending injury mid-season.

But aside from the obvious — quarterback play usually drives success in the three-down game — the Rides are well-equipped at other positions.

On offence, Duron Carter is back after signing a one-year contract extension, leading a talented group of pass-catchers that also includes Naaman Roosevelt, Chad Owens and Bakari Grant. The Riders lost talented Canadian Nic Demski but added Jake Harty, while they fortified their running back position with national and workhorse running back Jerome Messam. Travis Bond comes to the O-line with the ability to play guard or tackle, coming off a strong season with the Winnipeg Blue Bombers. 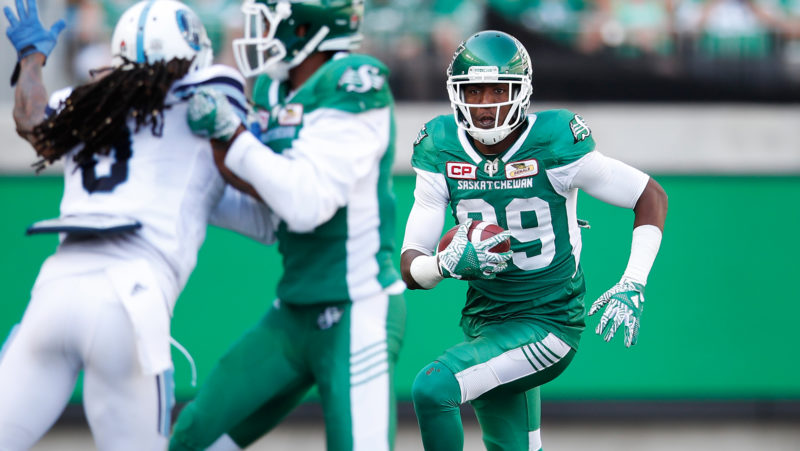 The Riders brought back their Most Outstanding Player in Duron Carter for 2018 (Dave Stobbe/CFL.ca)

On defence, while the Riders lost Kacy Rodgers at corner and Henoc Muamba at linebacker, they might have pieced together the most dominant pass rush in the CFL. By adding Charleston Hughes, currently second on the active sack leaders list in the CFL, there’s the potential for matchup nightmares for opposing O-lines, allowing Jones to do what he likes on the defensive side of the ball which is send three and drop nine into coverage.

Losing Ese Mrabure and Eddie Steele in the middle of the D-line hurts, but Evans’ return to Regina gives Saskatchewan arguably the most talented defensive front in the CFL.

There are questions marks for the Green and White in 2018, like with any team in the league. The Riders hope that Sam Hurl can step in and be productive at middle linebacker in place of Muamba, while there’s no clear replacement for Rodgers at boundary corner, a position he excelled at before departing to the NFL. The Riders also lost Otha Foster to the rival BC Lions.

Still, for Riders fans, it’s hard not to get excited over what’s transpired the last couple of months, and before that in 2017. Their team made a bold statement last year, making the playoffs for the first time in three seasons and falling just shy of appearing in the 105th Grey Cup.

The rebuild is officially over in Saskatchewan, while Chris Jones has signaled his intentions for 2018. Has the Riders’ time arrived?