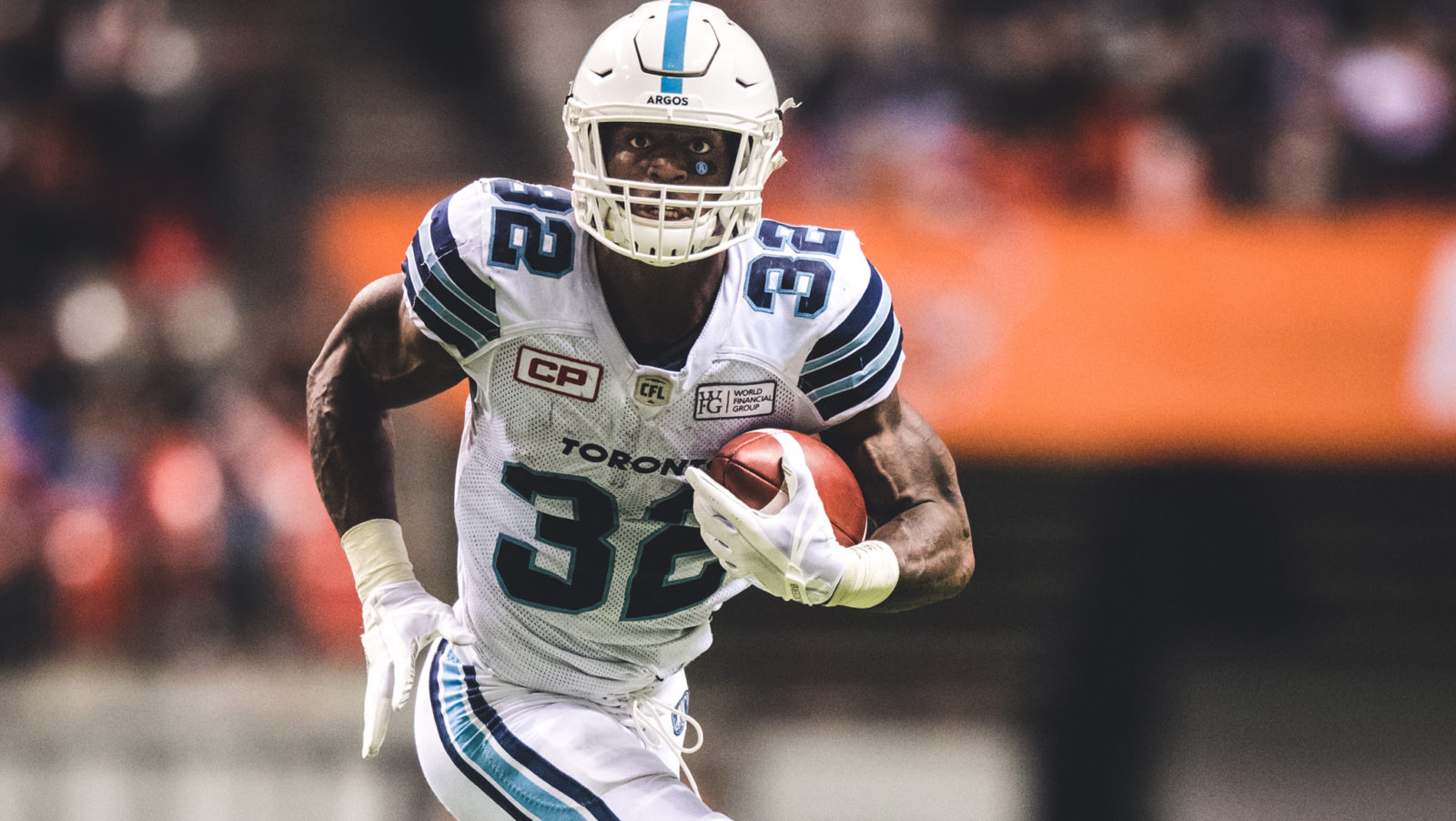 With James Wilder Jr. under contract for two more years, Jim Popp sounded very much at ease as he spoke on Saturday afternoon.

The Toronto Argonauts’ GM was back home in North Carolina, arriving from Toronto where he sat down face to face with Wilder and the two worked out the reigning CFL rookie of the year’s new contract.

“There’s been news and stuff that’s been out there but from our end in football ops, our players, it’s been status quo,” Popp said, sitting in the stands at a baseball diamond, watching his 10-year-old son play.

“We got our free agents done, we were looking at what we had left in our cap and what we could do,” he explained. “Obviously we looked at James and asked him if he was interested in this (extension)? We’ve been talking for the last week and we came to an agreement.”

Wilder’s return douses the flames of what had become a very public contract negotiation. After rushing for 872 yards and five touchdowns last year, the bulk of those totals coming through the second half of the Argos’ Grey Cup-winning season, Wilder said he had interest from NFL teams but that the Argos wouldn’t let him out of his two-year contract.

While the negotiations went very public, Popp insisted that reports that they were paid at the league minimum were false. He said that Wilder will make more in the next two years than the last three CFL rookies of the year did in the second year of their deals.

“(Wilder and Butler) came into the CFL making more than most first-year players make and it was because of their status. The amount of years that Butler had played in the NFL, James being three years (with NFL teams). We looked at them differently than we did as guys coming out of college.”

Still, Popp said the last month wasn’t much out of the ordinary for a CFL GM’s offseason.

“I have that every year. It’s nothing new,” he said. “Everything worked status quo from our end, but generally this stuff doesn’t become public or turn into a media frenzy because people speak out and say something.

“Only those two (Wilder and Butler) can speak to it, but they wanted a shot in the NFL, like a lot of guys do. It just doesn’t become a public matter.”

Popp said he sympathized with both players in their requests. At the CFL GMs meetings in Banff in early January, Popp said he was one of the three GMs that voted in favour of re-introducing the NFL window, where players in Wilder and Butler’s situations could explore NFL options and be required to return to their respective CFL teams should they be cut.

“We were one of the three teams that voted for it,” Popp said. “Both of these guys could have gone if it was put in but it was voted down 6-3.”

Popp said he hasn’t spoken with Butler since he went public with his contract frustrations.

“There’s never been a conversation other than to double check on (the GMs’) vote, about anything,” he said. “I’ve never heard from his agent about wanting to extend a contract or getting a different contract or to do something different.”

Ensuring Wilder’s return should make the Argos’ offence dynamic and difficult to stop in 2018. His emergence in the second half of the 2017 season was a key factor in the Argos’ run to a first-place finish in the East. A dominant running back forced defences to key on that aspect of the offence and allowed Ricky Ray more time to find his receivers downfield.

“I had all the confidence in the world that we’d be expecting or hoping that we’d have a majority of our offence back together,” Popp said.

“Whether anything was done with contracts or not, it’d be no different. We’d expect those guys to be in training camp come May 20th, for the first practice.”