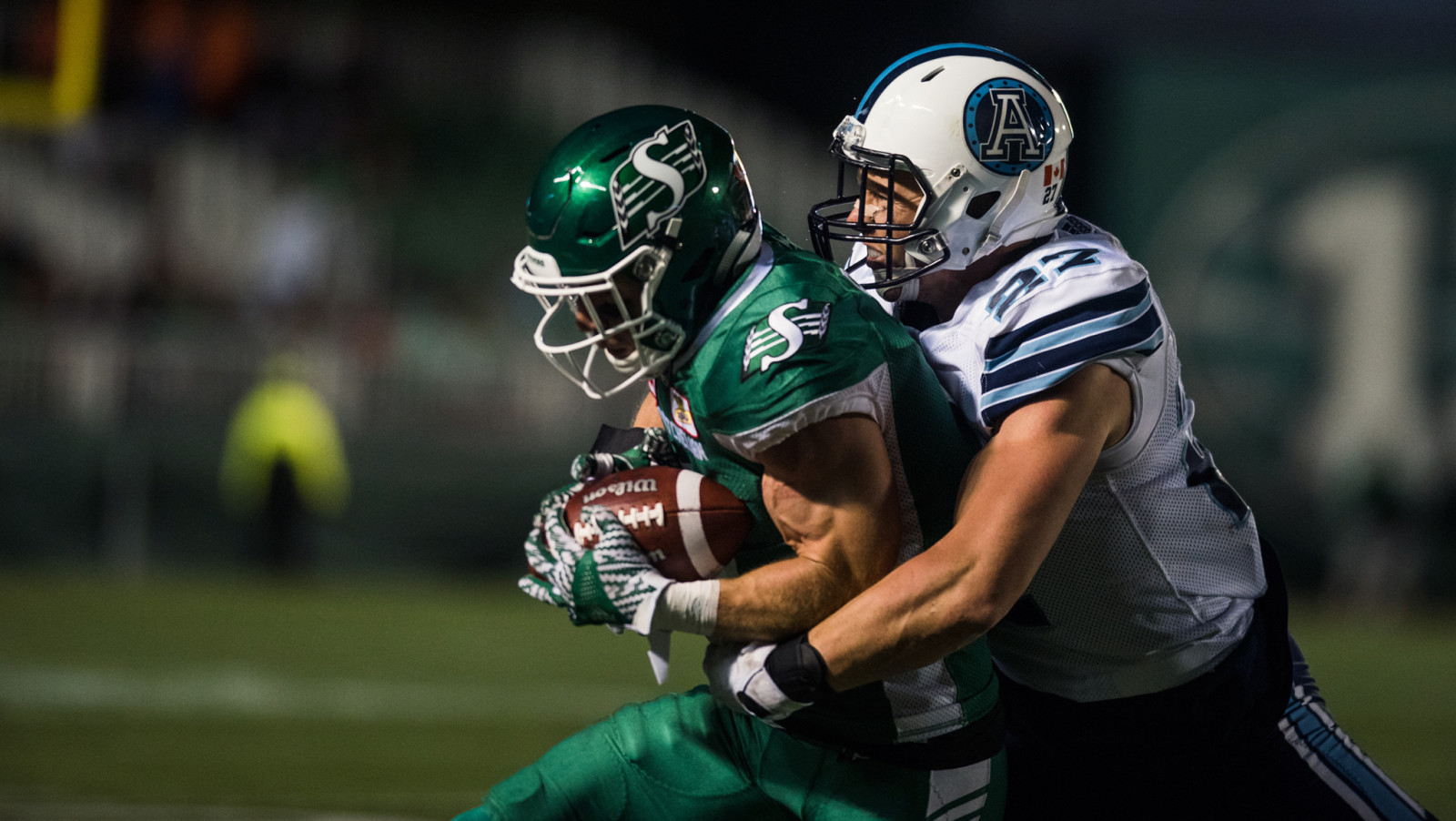 Greenwood didn’t play a game with the Esks after signing in free agency in 2017, suffering a torn ACL in training camp that sidelined him for the entire season.

The 32-year-old joined the Argos in 2014 after an NFL stint, enjoying three seasons with the Boatmen and recording 103 tackles. He also chipped in three sacks and a forced fumble.

After being picked third overall in 2010 by the Argos, Greenwood spent five seasons south of the border with the NFL’s Kansas City Chiefs and Detroit Lions.

Palmer joins the Green and Gold after spending two seasons (2016-17) as a member of the BC Lions where he appeared in 11 games.

Before arriving in the CFL, Palmer was a member of the NFL’s Arizona Cardinals’ practice roster in 2014. He also spent time with the Kansas City Chiefs, Pittsburgh Steelers and Tampa Bay Buccaneers.