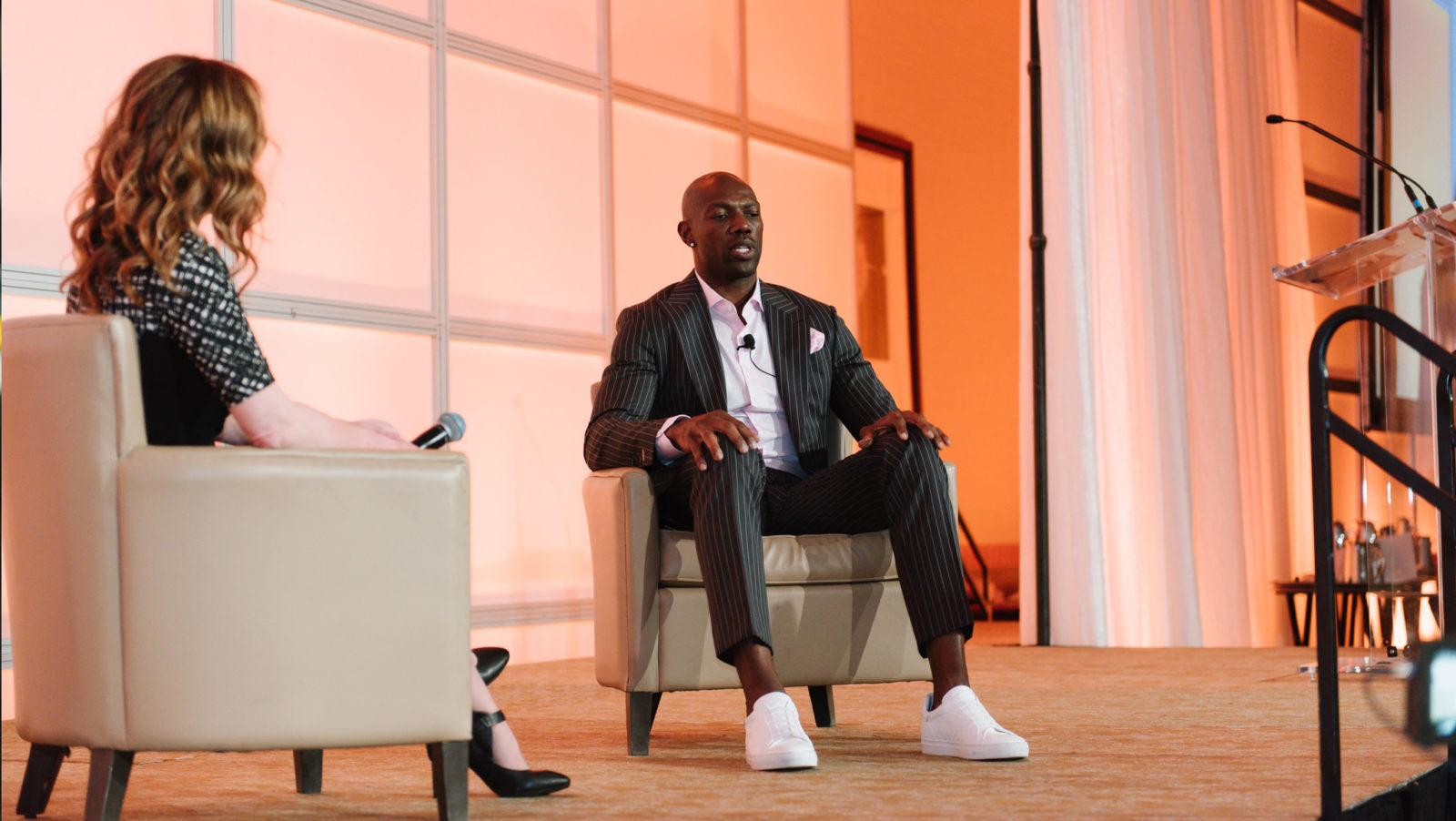 Not when you hear the NFL Hall of Fame wide receiver talk about the possibility of playing in Canada.

“We flirted around with the idea,” Owens said during an interview. “Even as recent as last year.”

Owens trains with linebacker Kyries Hebert who recently signed with the Ottawa REDBLACKS after being released by the Montreal Alouettes. When Hebert was still an Alouette he suggested Owens consider coming to Montreal.

“He saw the decent shape I was in,” said Owens, who still looks fit and trim at age 44. “I talked to the GM there. It didn’t really go anywhere.

“I would have definitely attempted it had something come about.” 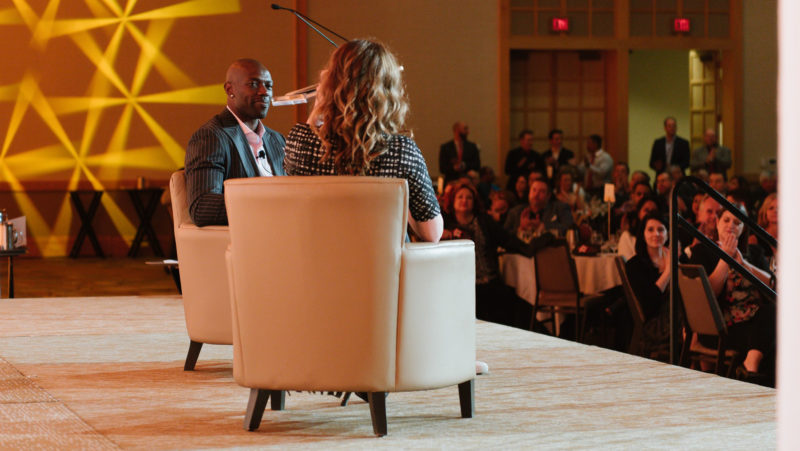 Owens was in Vancouver over the weekend to speak at the BC Lions annual Orange Helmet Awards.

During a 16-year NFL career with San Francisco, Philadelphia, Dallas, Buffalo and Cincinnati, the six-time Pro Bowl selection made 1,078 catches for 15,934 yards and 153 touchdowns. He played in Philadelphia’s loss to New England in Super Bowl 39.

Owens’ last full NFL season was 2010 with the Bengals. In August of 2012 he signed a deal with Seattle but was later released.

Owens shrugged when asked if he’d consider returning if a CFL team were to reach out to him.

“I have no idea,” he said. “I’m not in game shape or anything. I know physically I look in shape. It encompasses a lot to get back on the field and do the things it takes to take the pounding.

“It wouldn’t be hard. It’s just a matter of me committing myself to do that.”

On the possibility of quarterback Johnny Manziel playing in Canada, Owens said the former Heisman Trophy winner should welcome a second chance to prove himself.

“The guy has a tremendous talent,” said Owens. “Given the fact somebody would give him the opportunity, I’m hoping he would relish it and take advantage of it.

“I don’t know his upbringing but obviously there are some issues there. He can play football. It’s just a matter of somebody believing in Johnny Manziel and what he can do on the football field.”

“I’ve realized my path to success has been my desire, dedication and discipline. Everybody doesn’t always have the right path to get where they are. But there is always those guys you admire, those idols out there people have blueprints to go from. I realize I am one of those guys.” 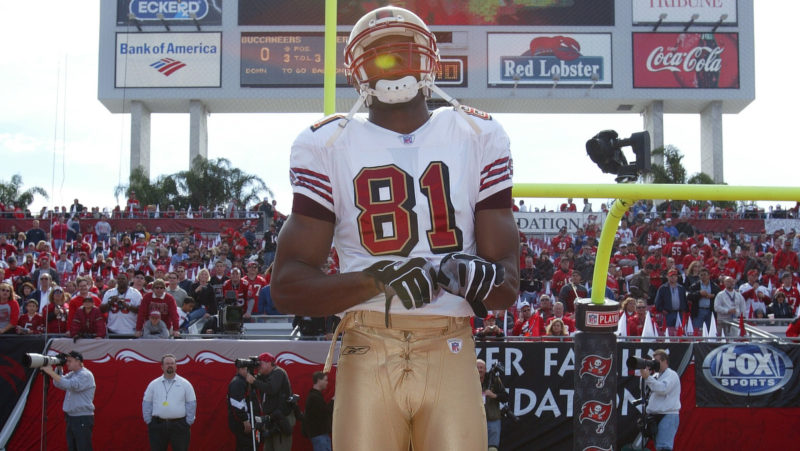 Sure-handed and speedy on the field, Owens also was flamboyant and outspoken. He was fined $150,000 for touchdown celebrations like standing on the star in the middle of the Dallas Cowboys’ stadium or pulling a sharpie out of his sock in the end zone to sign a football he caught.

He also had brushes with his teammates, opponents and the media. Some people believe that’s why Owens wasn’t named to the Hall of Fame until his third try this year.

“It was kind of bittersweet,” he said. “I have been vocal about the process. I am very honoured to be part of such an elite class.

“There are only 300-odd athletes that have made it to the Hall of Fame. That in itself speaks volumes. Regardless of whether I had made it or not, I think I wouldn’t have needed the Hall of Fame to validate what I have done in my career. My stats speak volumes.”

If he was still in the NFL Owens would be one of the players taking a knee during the national anthem.

One of the first players to kneel during the anthem was former San Francisco quarterback Colin Kaepernick who said he did it to highlight police brutality and racial injustice.

Owens blames racism for Kaepernick not being signed by any NFL team.

“You think about the reason why Colin Kaepernick hasn’t got a job,” said Owens. “It’s not like he can’t play.”

U.S. President Donald Trump stirred controversary last fall when he said players taking a knee during the national anthem should be fired. Trump accused the NFL of showing “total disrespect for our great country” for not taking action.

“He’s good with deflection,” said Owens. “It wasn’t anything toward the flag by any means.” 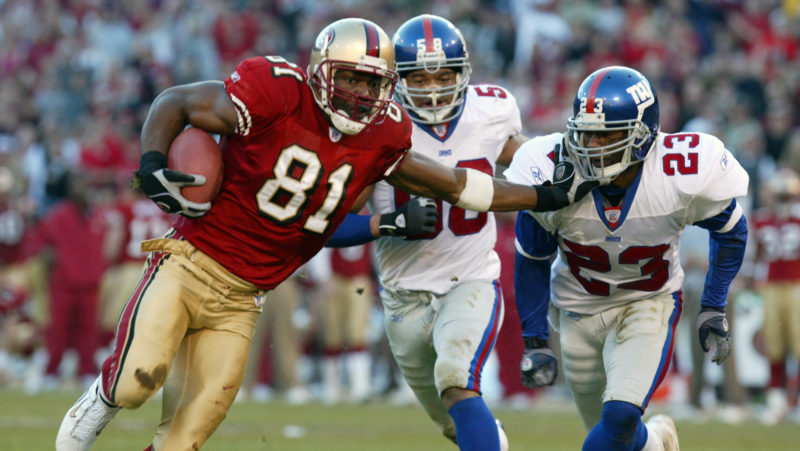 Speaking at events like the Orange Helmet Awards, which supports amateur football, gives Owens the chance to give something back to the sport that made him famous.

“For me this is an honour just to be in a position to be able to do this,” he said. “Within the last four or five years, training, flirting at the idea of coming back to play football, I realized what an impact I made on a lot of kids’ lives.

“I’ve realized my path to success has been my desire, dedication and discipline. Everybody doesn’t always have the right path to get where they are. But there is always those guys you admire, those idols out there people have blueprints to go from. I realize I am one of those guys.”

Off the field, Owens lost most of the US$80 million he made as a player, partly due to bad investments and business deals. In September of 2006 he was found unresponsive with an empty bottle of pain killers. Owens’ publicist denied reports of a suicide attempt, saying instead it was an allergic reaction to the medication combined with a dietary supplement.

Looking back at his career Owens said he has “no regrets at all.”

“Life is a maturation process, a growth situation,” he said. “The things we do at 20, 25 . . . we all wish we could have done some things differently.

“Understanding who I am as a person, what I did accomplish and how I got to be successful on the football field, I’ll never say I regret anything because my grandmother raised me the best way she could. I think I’ve done a great job of representing her, my family, as far as my character off the field.”