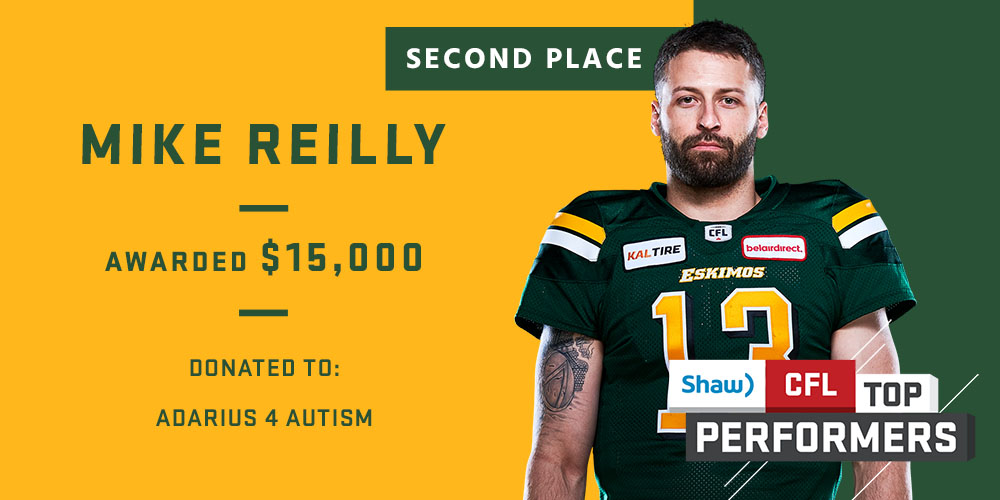 His Most Outstanding Player season was winding down and with it, a pile of weekly accolades were accumulating. A regular in the Shaw CFL Top Performers Program, Mike Reilly was told that in the spring of 2018, he’d be getting cash to donate to a Canadian charity of his choosing.

Finishing second in total points with the program, he knew instantly where he wanted to throw his $15,000.

Think of it as one last Mike Reilly to Adarius Bowman completion.

“Even though we’re going to be arch-enemies in the West now, I still can’t think of a better place for that money to go,” Reilly said from his home in Seattle. He’ll donate to Adarius 4 Autism, the charity that his former teammate started last year to assist youth diagnosed with Autism Spectrum Disorder (ASD) by offering needs-based training and creating opportunities for growth and learning.

In 2017, Bowman’s work with his charity won him the Tom Pate Memorial Award. It’s given by the Canadian Football League Players’ Association to the player that best exemplifies outstanding sportsmanship and someone that has significantly contributed to his team, community and the Players’ Association.

“I know how important that is to him and how much time and effort he spent on it personally,” Reilly said of Bowman. “It’s not like he’s paying some company to set it up for him because he’s hands-off. Adarius is very hands-on with Adarius 4 Autism and you could see that in his acceptance speech for the Tom Pate award and how much it means to him.”

Bowman, 32, found the inspiration to start the charity through his former teammate, Brock Ralph. A single-parent of two, Brock’s daughter, Oakley, has Autism Spectrum Disorder. Bowman has spent years around the family, helping out in any way he could. 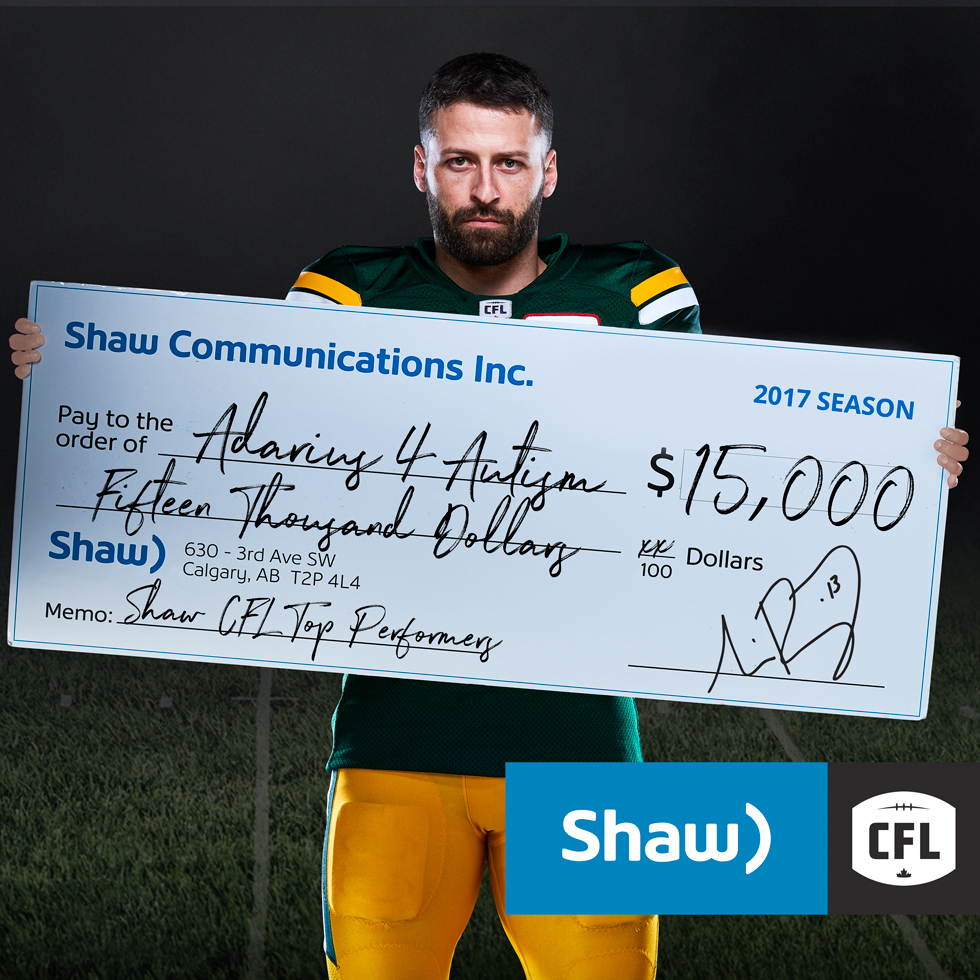 Reilly, 33 was teammates with Bowman over the last five seasons. Seeing Bowman start his charity made him realize how much has changed over that time.

“He’s really matured and taken on so many more things in life than just football,” Reilly said of Bowman.

“Back in 2013, we were both a couple of young, dumb idiots out there playing football and didn’t care about much else,” he continued. “I was just starting to date Emily (now his wife) when I first started playing in Edmonton. Adarius, I don’t believe he even had a relationship at the time his wife.

This year, of course, will feel vastly different for both players. Reilly will continue on in Edmonton, trying to get to the 106th Grey Cup presented by Shaw, at Commonwealth Stadium. Joining the Winnipeg Blue Bombers in early February as a free agent, Bowman will be trying to get back to the city where he established himself as one of the league’s top receivers.

“It’s the best scenario for both him and for our team,” Reilly said. “He has a chance to go to Winnipeg, who’s very excited to have him. They’re in need of a guy like him and he still has a lot of great football left to play.

“Then on the flip side for us, because of his injury (last season) it opened up the door for other guys to get some exposure and prove that they were ready to take on that role.

“It’s been a great scenario for our team to get younger at that particular position where we have a lot of guys and Adarius gets to go somewhere he’ll be utilized and gets to showcase his ability.

“He can have 300 yards receiving against us. As long as they score one less point I’m OK with that.”