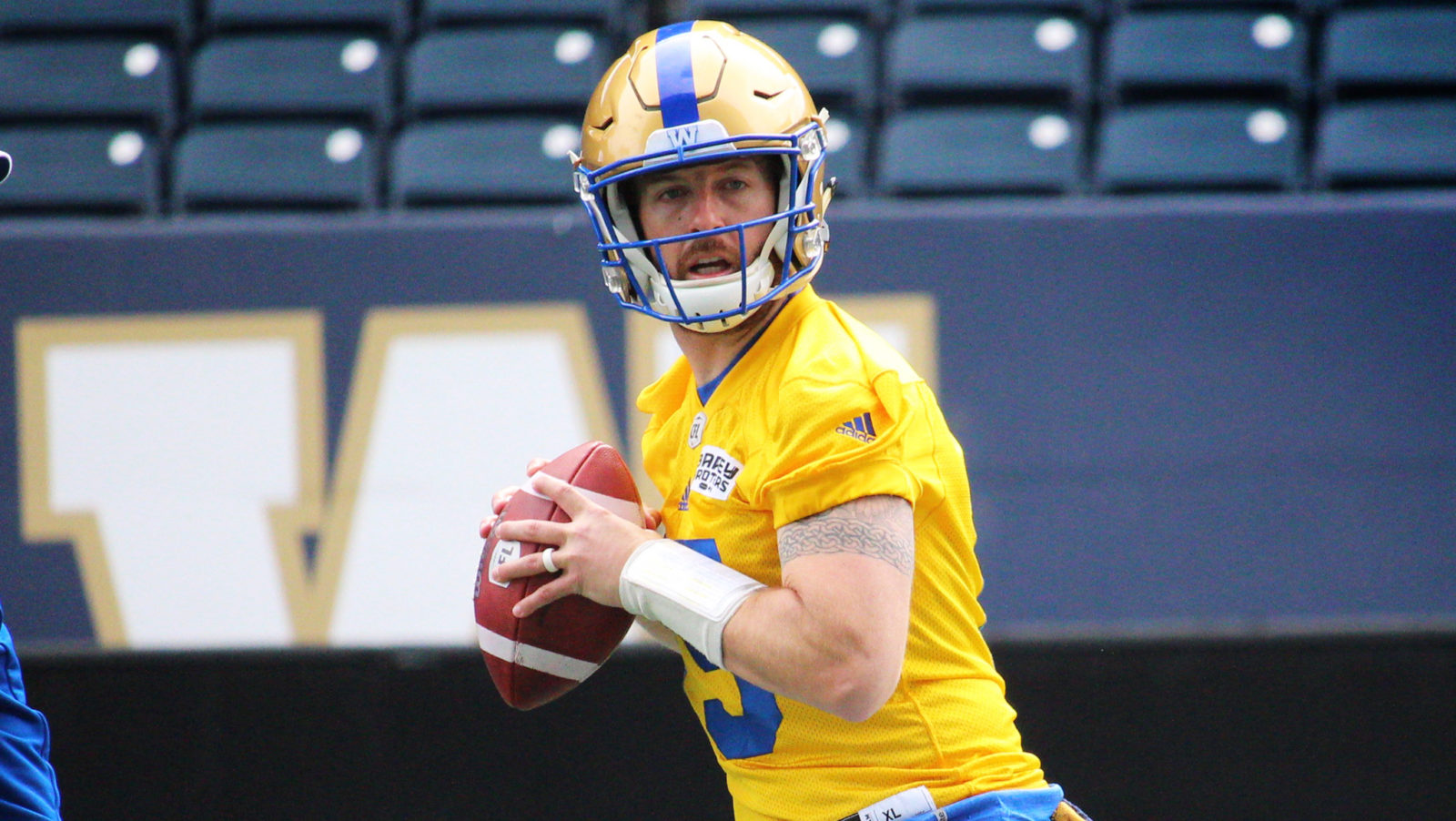 TORONTO — All eyes will be on the rookies and quarterbacks on Wednesday, as some players begin filing into training camp early.

Camps officially open on Sunday, May 20, but clubs are permitted to open camp for quarterbacks and non-veterans ahead of schedule.

Winnipeg, Calgary and Ottawa are among teams opening camp early this week.

For those keeping an eye under centre, the coming weeks will provide some juicy topics of interest at football’s most important position.

It starts in Montreal, where first-year head coach Mike Sherman hopes to make a swift decision on his starting quarterback going into the season. Veteran Drew Willy, sophomore Matthew Shiltz and former NFL pivot but first-time CFLer Josh Freeman will be considered the three front-runners.

This week could be a tone-setter at Olympic Stadium when the Als open up camp on Sunday, not just for the quarterbacks. Sherman is looking to get a grip on his first training camp in the three-down game, while Rich Stubler has a lot of work to do following the departure of Kahlil Carter at defensive coordinator.

In BC, Ed Hervey’s first training camp with the Lions will likely be overshadowed by Wally Buono’s last. The CFL’s all-time coaching wins leader is leaving the Lions’ sideline after 2018, but there’s plenty of buzz surrounding a new-look club that Hervey, the team’s new general manager, has engineered.

The biggest quarterback melee might be in Montreal, but there are jobs to be won in Winnipeg and Calgary given the sudden retirements of Darian Durant and Andrew Buckley. Ricky Stanzi may have an inside track on the Stamps job, but the door appears to be wide open in both cities for a coveted spot on the depth chart.

In Edmonton, this weekend marks the unofficial start of the Eskimos’ quest to play in the Grey Cup on home turf. The City of Edmonton is hosting the 106th grey Cup Championship and after being eliminated in the division finals in back-to-back seasons, the Esks aren’t interested in sharing their home locker-room.

For the Riders, off-season acquisition and quarterback Zach Collaros got off to a good start in mini-camp last month, and hopes to carry that forward into the month of June. There’s a lot riding on No. 17 for both parties involved, as the Riders believe they have their new franchise quarterback while Collaros may be down to his last chance to be a starting CFL quarterback.

The Argos hit the field this week after collecting their Grey Cup rings following a Cinderella run last season. Highly-touted addition James Franklin will be under centre this week, but the most intriguing name in Argos camp might be Canadian quarterback Noah Picton, who signed with the club after going undrafted in the 2018 CFL Draft.

For now, anyway, there will be no No. 2 in Ticats camp, as Johnny Manziel has not signed with the team. Instead, Jeremiah Masoli and Head Coach June Jones are looking to build on last year’s late-season success that saw the team go 6-4 to finish the season. Masoli is getting his first chance to be a full-time starter after finishing 2017 with five straight 300-plus-yard games.

Last but not least, Trevor Harris leads the Ottawa REDBLACKS into camp in their fifth season in the league. Last season was a step back in the nation’s capital following back-to-back Grey Cup appearances in 2015 and 2016, but the expectations are high for one of the East Division’s top contenders.

Non-veteran players, quarterbacks and veterans coming off season-ending injuries are permitted to participate.

Teams are permitted to participate in training camp with 75 roster players in addition to 2018 CFL Draft picks; two additional national non-counters; and underclass national quarterbacks ineligible to sign a contract or play in a pre-season game as part of the QB Internship program, among others.

The first game of 2018 kicks off with pre-season action between the Saskatchewan Roughriders and Edmonton Eskimos. Every team will play two pre-season games between May 27 and June 9.

Following a vote to eliminate the mid-camp cut-down date, expect a flurry of activity on June 9 as clubs must reduce their roster to 46 active players, excluding those on the 6-game injured list and those transferred to the one-game injured list, by 10:00 p.m. ET.

The regular season kicks off in Winnipeg, where the Bombers and Eskimos meet in a rematch of last year’s Western Semi-Final.