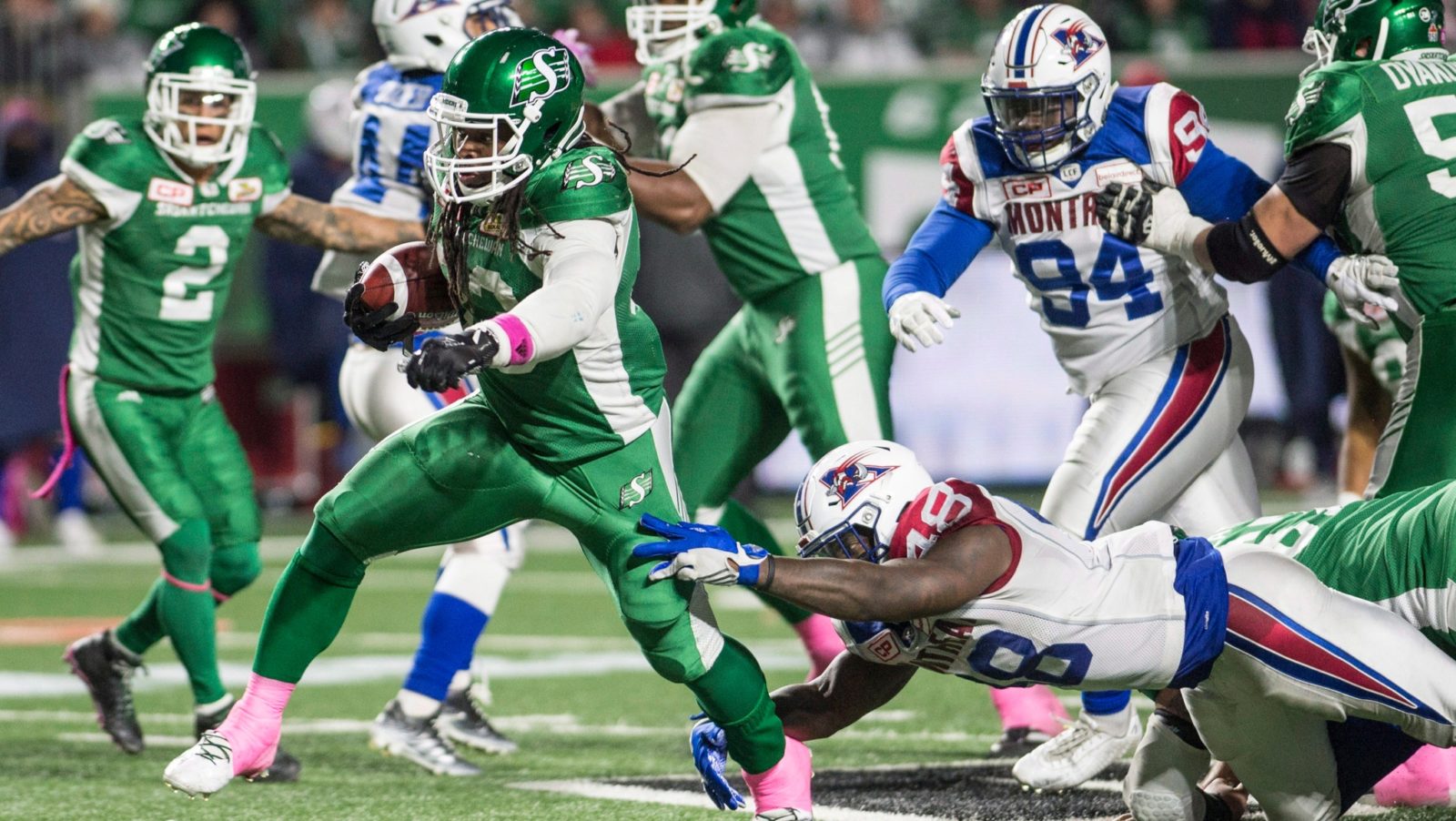 SASKATOON — The Saskatchewan Roughriders announced a number of transactions Saturday morning as training camps opened.  Among them was placing RB Trent Richardson and DL Eddie Steele on the suspended list and releasing RB Cameron Marshall.

Richardson signed with the Roughriders in September of 2017. The 27-year-old suited up in four games with Saskatchewan and collected 259 rushing yards and two touchdowns on 48 carries. Before joining the Riders, Richardson spent three seasons in the NFL. The five-foot-nine, 225-pound running back was selected in the first round, third overall by the Cleveland Browns in the 2012 NFL Draft. He played in 15 games in his rookie season, rushing 267 times for 950 yards and 11 touchdowns.

Marshall suited up in 10 games last season with the Riders, rushing for 543 yards and two touchdowns on 101 carries.   He also added 280 yards and a pair of majors receiving.