Is it time to start believing in Jeremiah Masoli? 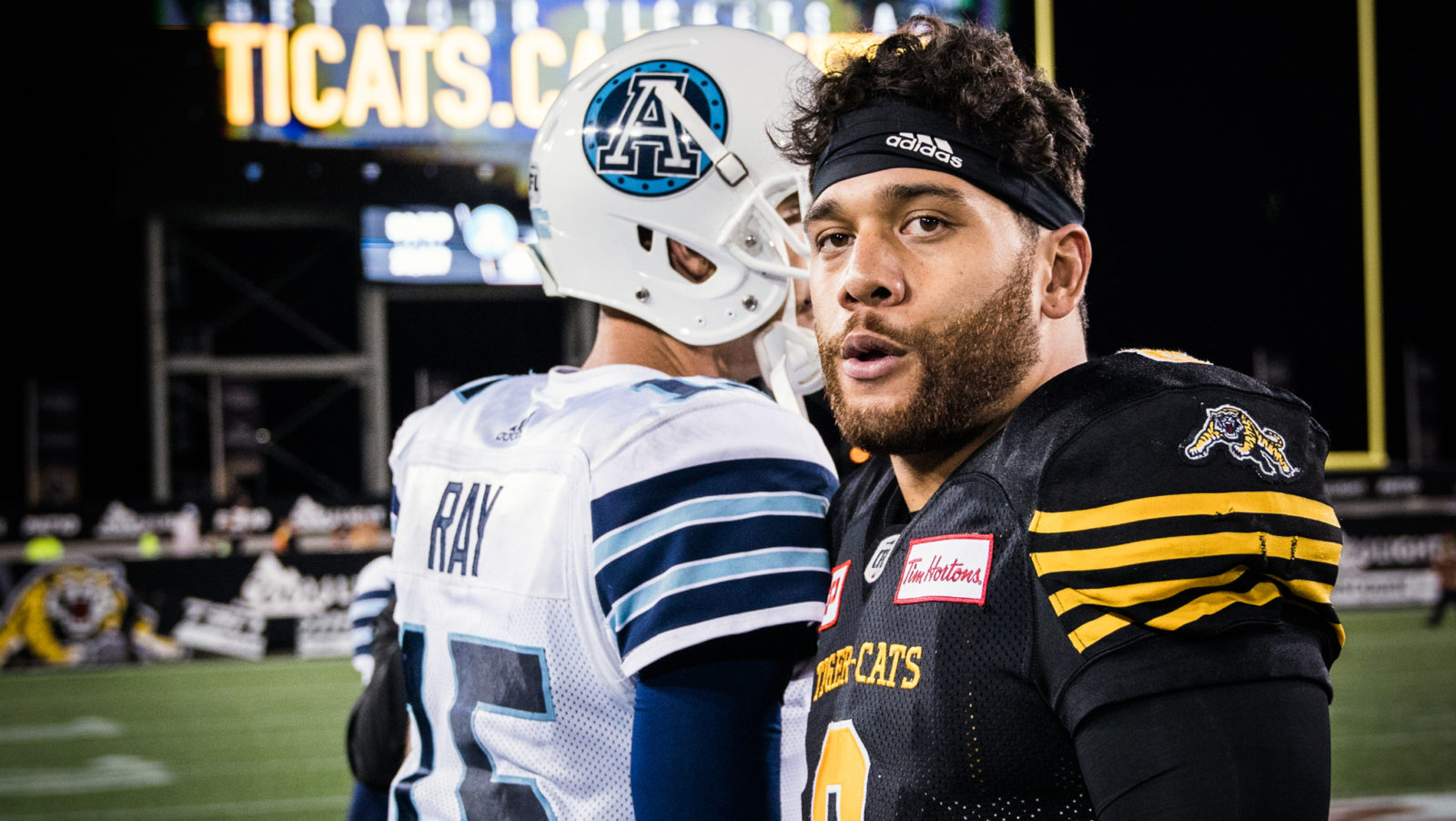 Is it time to start believing in Jeremiah Masoli?

HAMILTON — Johnny Manziel may have to be patient while waiting for his first chance to take regular season snaps in the Canadian Football League.

That’s because he’s playing behind one of the most productive quarterbacks in football right now, dating back to Labour Day last year, in Jeremiah Masoli.

As someone who’s admittedly voiced skepticism over Masoli and his long-term prospects as a CFL starting quarterback in the past, I can happily say the 29-year-old is in the process of winning me over.

Yes, I’m saying it. Jeremiah Masoli is proving me wrong.

I’m a numbers guy, but I appreciate the complexity of evaluating quarterback play and how there’s so much more to it than just stats. Experience, coaching, offensive line play, surrounding talent, and opponent are all intangible factors that can greatly affect a quarterback’s ability to be comfortable in the offence and produce numbers that are considered satisfactory by today’s standards. 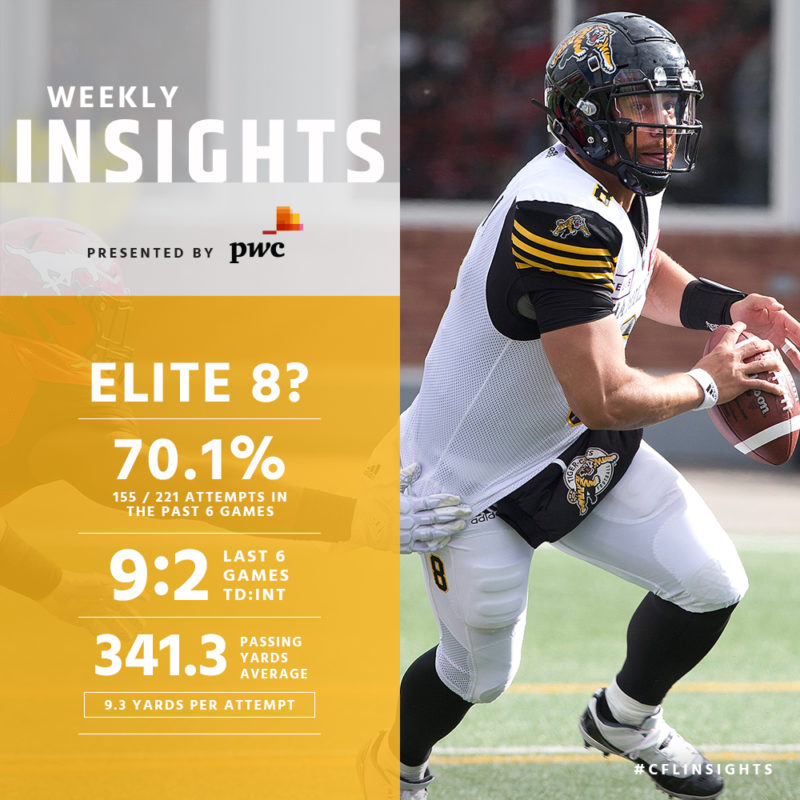 Recent history tells us that quarterbacks completing fewer than 66 per cent of their passes, give or take, won’t make it long in this league. Yet we also understand that experience and efficiency go hand in hand, and that most pivots struggle in this regard early in their career (a 28-year-old Mike Reilly, in his first year as a starter in 2013, completed just 59.6 per cent of his passes. More on this in a bit).

Stats aside, we also like to judge quarterbacks with our own eyes. Numbers alone can be misleading, especially in small sample sizes, and we’d like to think we have a keen eye for whether or not a quarterback has got that ‘it’ factor needed to be successful. Jonathan Crompton and Matt Nichols are two similar examples with entirely different outcomes, where many initially doubted whether their sudden success was sustainable over the long haul.

Crompton is out of the league right now while Nichols has finally rid himself of that pesky ‘game manager’ label and is teetering on the CFL’s exclusive club of elite quarterbacks.

As far as the eye test goes, that’s up to you. For me, Masoli passes with flying colours. His arm strength, accuracy and ability to scramble make him a nightmare for opposing defences. And, outside of one interception he’d like back from late in the season-opener, he hasn’t cost his team with bad decisions.

The Ticats’ quarterback struggled with consistently and accuracy early in his career, often failing to eclipse 63 per cent over the first few years. But something changed when June Jones took over as head coach and Masoli was named the starter.

It was evident late last season when the Ticats won six of their last 10 games with Masoli and Jones in charge, and it was on display again on Saturday night in Calgary. Against likely the toughest front-seven in the league, Masoli was accurate and efficient, he produced explosive plays, he made quick and decisive decisions, and above all, he moved the offence.

With my very own eyes I’ve witnessed Masoli go from being one of the streakiest, most inconsistent quarterbacks in the league to displaying the same ability, production and upside every single week. The numbers back it up, especially when you look at the last six games, a streak over which Masoli has thrown for 300-plus yards every time while completing a career-shattering 70.1 per cent of all his passes, along with a 9-2 touchdown to interception ratio.

From the high completion percentage to the 9.3 yards per attempt, those are elite numbers by anyone’s standard. And while two of those six games came against the Als, two also were against the vaunted defence of the Calgary Stampeders, which has habitually made elite quarterbacks look entirely average.

In fact, Masoli’s numbers over the last six games, a sample which may seem small in size but is much larger when you consider it in the context of his career, are eerily similar to those of last year’s Most Outstanding Player in Mike Reilly.

The case of Jeremiah Masoli is far from open and shut. Unless the Ticats are winning football games consistently and threatening to take the East Division, he will continue to be scrutinized every mistake he makes, with Johnny Manziel watching intently.

However, while some CFL fans are clamouring for Johnny Football, the current starter in Hamilton might just be a star in the making. Masoli is a productive quarterback who’s exciting to watch, and at 29 years old has a lot of years in front of him as a starter.

From my vantage point, the most impressive thing has been Masoli’s trajectory of growth. He displayed the humility needed from a young CFL quarterback, biding his time and soaking up everything he could, even moving teams once, before finally getting his opportunity.

Not only has Masoli earned this opportunity, he’s made the absolute most of it. And if this recent play is the norm, and not just a blip, we’ll soon be talking about him as one of the best quarterbacks in the CFL.